Martha is being pulled in too many directions, trying to be a good mother, a loving wife, and a dutiful daughter. Despite it all, she’s coping. But then her elderly mother is rushed to the hospital and dies unexpectedly, and the cracks in the life Martha is struggling to hold together are about to be exposed.

When she discovers her mother has left her house to a stranger, she’s overwhelmed by grief and hurt. Getting no support from her disinterested husband or arrogant brother, Martha goes on to make some bad decisions.

I am delighted to be publishing a review today for A Thousand Tiny Disappointments, the debut novel by Sarah Edghill. Today is publication day for the book, so massive congratulations on your debut, Sarah, I hope you have a fabulous day! My thanks to the author for asking me to review her novel and for providing me with a digital copy of the book for the purpose of review. I have reviewed the book honestly and impartially as always.

Very often the books we read about the break down of relationships involve some kind of huge event that is the catalyst for a marriage to explode. An affair, a lie, a deception – murder, madness and mayhem are the order of the day in fiction. Entertaining for sure, but very far from reality for most of us.

The truth of the disintegration of love is usual much less exciting. A gradual erosion of affection by the endless daily grind of life and the small, personal but no less difficult, struggles of ordinary people. This is the world that Sarah Edghill reflects in her novel, A Thousand Tiny Disappointments, and this will make the book all the more relatable for the majority of its readers.

Whilst I myself have not dealt with the particular problems Martha and Simon are dealing with in this story, I recognised my story so clearly between the pages. A personal tragedy that does not lead immediately to crisis and divorce, but which changes two people, to which two people react so differently, that eventually they become so separated there is no way back. The story was so familiar that I felt seen, and it made me immensely sad. This story is a fact for so many people, I know another friend of mine who will be able to relate to it herself, because of a different set of circumstances. The fact that it will be so familiar to so many is very sad in itself.

Sarah Edghill has captured here a very truthful portrayal of the life of an ordinary middle-aged woman. There isn’t anything particularly extraordinary about Martha or her life, which is why she will feel like so many of us. Her life isn’t terrible, or great. She has difficult things to deal with in her family, but also a life that some would envy and good friends. She makes some poor decisions in the face of adversity, just as we all have, but then her conscience kicks in and she tries to right the wrongs she has caused, just as we all hope we would. She has fraught family relationships, insecurities, delays in facing up to reality. She is so the every woman, it is a brilliant portrayal.

Despite the fact this book made me feel quite melancholy, I enjoyed it for its honesty and accuracy. I was with Martha every step of the way, feeling as she felt, crying and laughing with her. I was hugely cheering with her on the very last page for her final act of the book (which you’ll have to read if you want to know what I’m talking about!) Martha is me, you and every one else.

This book is a great achievement in truthfully reflecting modern life for the average woman of today. I defy you to read it and not feel moved. This is the kind of stuff I love to read. Bravo, Sarah.

A Thousand Tiny Disappointments is out today and you can buy a copy here. 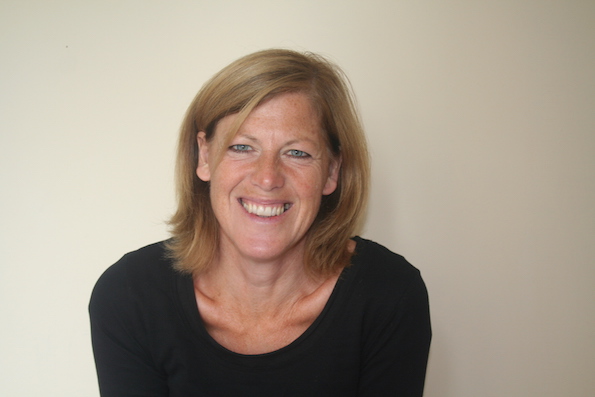 Sarah Edghill worked as a journalist for many years, before turning to fiction. She attended the Faber Academy Novel Writing course and won the Katie Fforde Contemporary Fiction Award for an early novel Wrecking Ball. She has been long- and short-listed in several short story and novel competitions and won 1st prize in the National Association of Writers’ Groups Short Story Competition. She lives in Gloucestershire with her husband, three children and far too many animals and her debut, A Thousand Tiny Disappointments will be published by Bloodhound Books on 21st September.