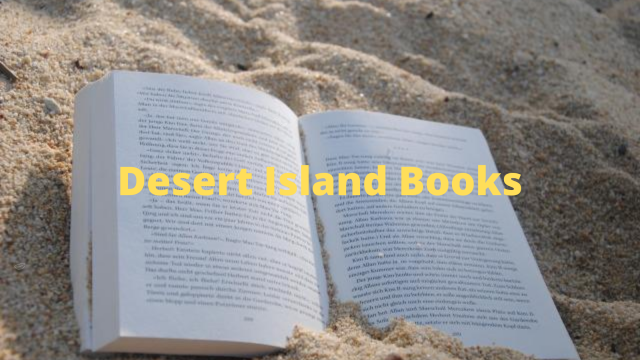 I am delighted to be hosting a special extra edition of Desert Island Books this week. I normally like to leave a week between guests, just so I can pop over and have a tidy around, change the palm leaves, plump up the sand dunes, air out the driftwood shack, replenish the coconut supply… the usual type of thing. However, I’m squeezing in an extra castaway this month, as she had to postpone her shipwreck earlier in the Spring. So let’s maroon author, Diana Jackson, on the island now and see what she has taken with her. 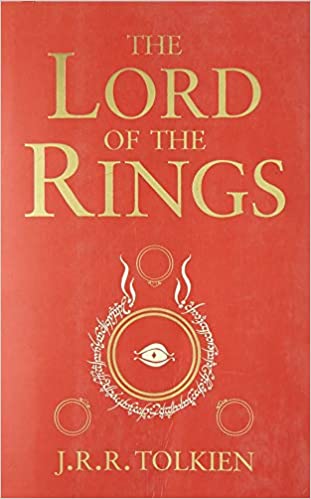 Sauron, the Dark Lord, has gathered to him all the Rings of Power – the means by which he intends to rule Middle-earth. All he lacks in his plans for dominion is the One Ring – the ring that rules them all – which has fallen into the hands of the hobbit, Bilbo Baggins.

In a sleepy village in the Shire, young Frodo Baggins finds himself faced with an immense task, as the Ring is entrusted to his care. He must leave his home and make a perilous journey across the realms of Middle-earth to the Crack of Doom, deep inside the territories of the Dark Lord. There he must destroy the Ring forever and foil the Dark Lord in his evil purpose.

I’ve only read this twice in my life. The first time was so memorable. My sister and I read it aloud to each other between Christmas and Easter one year, as teenagers three years apart. It was a time when we really bonded; a friendship which has lasted a lifetime.

Being a large tome; three books in one really, I don’t think I would tire of it. 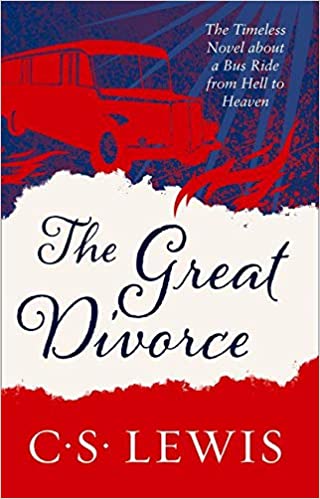 C.S. Lewis’s dazzling allegory about heaven and hell – and the chasm fixed between them – is one of his most brilliantly imaginative tales, as he takes issue with the ideas in William Blake’s ‘The Marriage of Heaven and Hell’.

In a dream, the narrator boards a bus on a drizzly afternoon and embarks on an incredible voyage through Heaven and Hell. He meets a host of supernatural beings far removed from his expectations, from the disgruntled, ghostly inhabitants of Hell to the angels and souls who dwell on the plains of Heaven.

This powerful, exquisitely written fantasy is one of C.S. Lewis’s most enduring works of fiction and a profound meditation on good and evil.

This is nothing to do with divorce but is an allegorical account of heaven and hell, along the lines of Pilgrim’s Progress, but easier to read. It is a meditation that challenges the way we look at life. I love books with messages in picture language, pilgrims or journeys. I know that this this would inspire me to write if I was set on a desert island, because each time I’ve read it a different ‘truth’ leaps out at me. 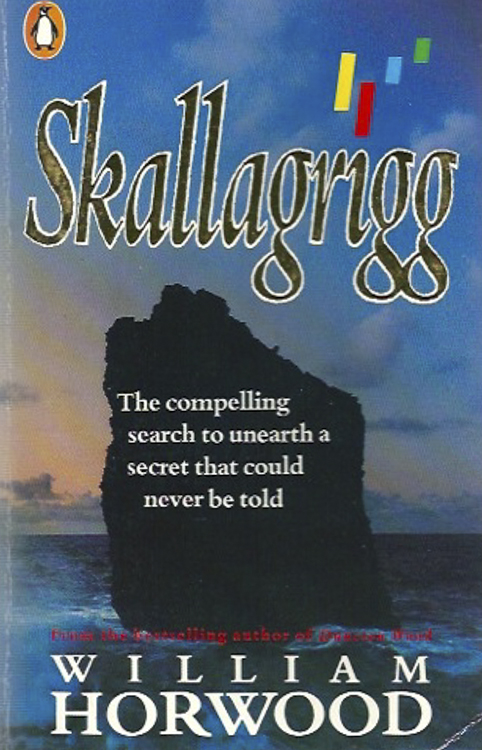 Skallagrigg unites Arthur, a little boy abandoned many years ago in a grim hospital in northern England, with Esther, a radiantly intelligent young girl who is suffering from cerebral palsy; and with Daniel, an American computer games genius.

Skallagrigg – whatever the name signifies, or whoever he is – will come to transform their lives. And William Horwood’s inspired, heart-rending story of rescue and redemptive love will undoubtedly touch his readers’ lives, based as it is on a real-life story.

For some reason this is my favourite book of all time. Why? It had such an impact on me, leading to understanding and embracing the truth that all people should be valued. I had always been a strong upholder of equality but, following reading Skallagrig, I looked at folks I met in a different way. It is the quest of a young girl with cerebral palsy who searches for the origins of Skallagrigg, tales which she heard in hospital as a child. Esther has an extremely supportive father who was in the IT business in the 1980’s and ensured that she had every opportunity to reach her potential and explore her dreams in spite of her disabilities. Her link with Arthur, a lad with cerebral palsy who resided in a grim hospital in the 1920’s contrasts with Esther’s life. It is not an easy book to explain in one paragraph. My copy is dog-eared but that doesn’t matter. It is precious nevertheless. 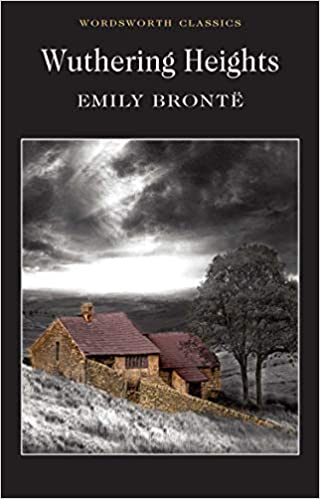 Wuthering Heights is a wild, passionate story of the intense and almost demonic love between Catherine Earnshaw and Heathcliff, a foundling adopted by Catherine’s father. After Mr Earnshaw’s death, Heathcliff is bullied and humiliated by Catherine’s brother Hindley and wrongly believing that his love for Catherine is not reciprocated, leaves Wuthering Heights, only to return years later as a wealthy and polished man. He proceeds to exact a terrible revenge for his former miseries.

The action of the story is chaotic and unremittingly violent, but the accomplished handling of a complex structure, the evocative descriptions of the lonely moorland setting and the poetic grandeur of vision combine to make this unique novel a masterpiece of English literature.

Oh, this was a difficult one! So many of the classics, from Jane Austen to Thomas Hardy, have influenced both my love of reading but also my writing too. Set in the wilds of the windy Yorkshire moors, it is the vivid descriptions, the intensity of passion and feeling, the supernatural element that love transcends our time on this earth; all these elements bring this novel into sharp focus today, even though I have not read the book since I was a young adult. 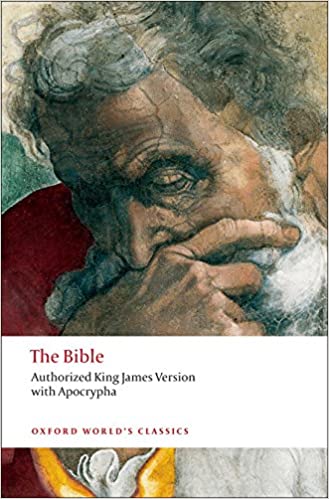 The Bible is the most important book in the history of Western civilization, and also the most difficult to interpret. It has been the vehicle of continual conflict, with every interpretation reflecting passionately-held views that have affected not merely religion, but politics, art, and even science.

So many books in one. History, songs, prayers, stories, parables, messages, memoir, witness statements; familiar tales known throughout my life but opening The Bible still has the ability to surprise me and it would take me a long while to read it all, or I could just dip into it. 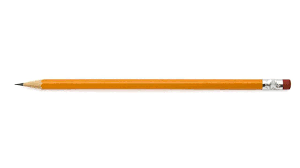 A pencil. I reason that I would be resourceful and find dried leaves, bark or even rocks and stones to write on, but a pencil would be a life saver emotionally, enabling me to write letters to family, friends and others (even though I knew I couldn’t send them) and a diary. I could also disappear into another world in my own imagination and scribe novels, escaping from my own precarious situation for a while. 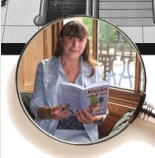 Diana Jackson now lives in Fife where she and her husband have become deeply committed to community life in Kinghorn. Before this pandemic curtailed some activities, Diana has enjoyed volunteering; working with the ‘Kinghorn in Bloom’ crowd, ever improving the beautiful areas of Kinghorn and Pettycur; a volunteer at Kirkcaldy Foodbank and also helping her husband at various Rotary events through the year. Her book ‘The Healing Paths of Fife’ tells her story of relocating to Fife in the form of an allegory ~ a walk along the beautiful coastal path.

Diana released the second novel in her ‘Mystery Inspired by History Series’, ‘MISSING, Past and Present‘ just before the lock down overtook life in the UK, back in March 2020.

Until winter 2015 they lived in the heart of Bedfordshire, UK, where Diana was a teacher of English and Business Studies. Having been made redundant, (probably due to being too old at 55 years!) Diana decided to launch a writers’ collaborative publishing company and through this she is still in touch with many authors back in Bedfordshire. She took eighteen months off to settle into her new life in Scotland, but now she has taken up the mantle once more, both in writing and publishing.

Diana’s initial inspiration to write her first novel ‘Riduna’ was her great grandmother, an Alderney girl, leading to the conception of the ‘Riduna Series’. Having said this she stresses that her novels are purely fiction. She takes the reader from the mid Victorian era through to 1920 and plans a third in the series to the mid thirties.

Her other projects include compiling a memoir and writing a murder mystery, ‘Murder, Now and Then’ which was inspired by a true story ~ an unsolved murder in Bedfordshire in 1919. The first novel in Diana’s ‘Mystery Inspired by History’ series.

What links Diana Jackson’s projects? ~ Her fascination for social history, her love of research and using her imagination to create believable characters living in the periods she is studying.

You can buy a copy of Diana’s latest novel, MISSING, Past and Present here. 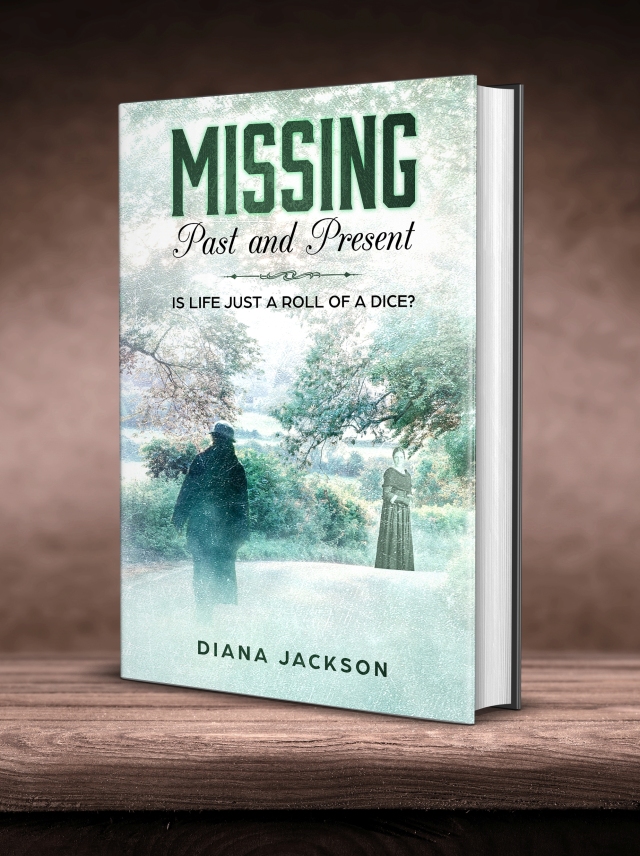 Betrayed by her husband’s disappearance and almost destroyed when her foster son vanishes, Dorothy is left almost destitute. With little hope she trudges the countryside, reflecting on all she had left; her memories. Squatting in an empty farmhouse she is haunted by the ghost of an 18th Century aspirant nun, whose presence stirs her out of despair.

Will Dorothy’s resilience win through? Will she find peace and more importantly will she ever learn the truth?

MISSING Past and Present is a captivating, genealogical mystery with a ghostly presence. If you like compelling, emotionally charged British mysteries then you’ll love Diana Jackson’s ‘Mystery Inspired by History’ series.

She is also the author of Search for the Pearl Inside Yourself, a recently published book of encouragement for young adults, school and college leavers who have lost their way in life a bit. Especially pertinent following this pandemic. It was published in March 2021 and is available here. 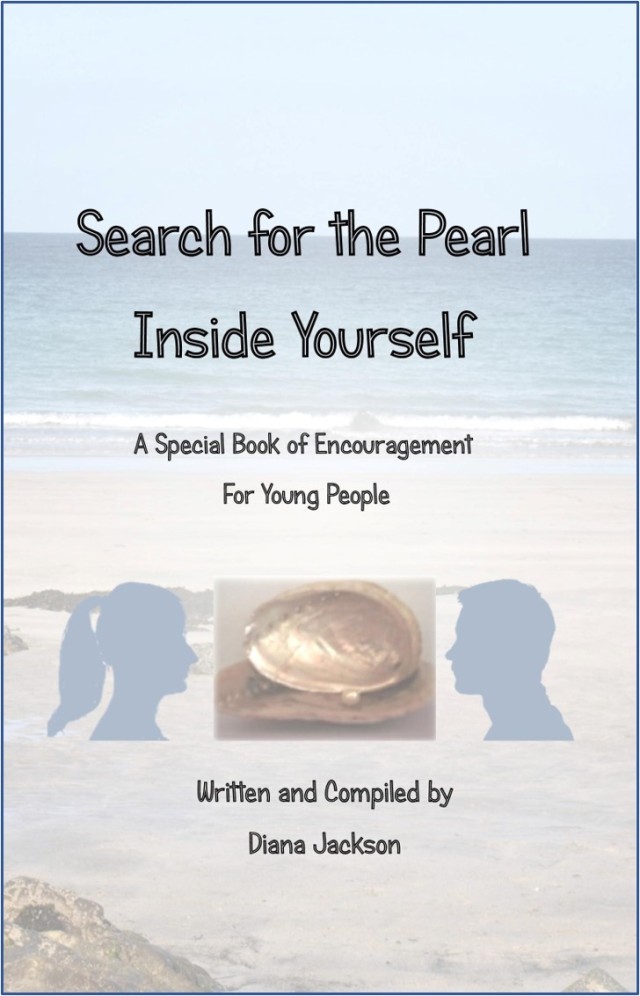 Do you know a young person or young adult who needs some encouragement to find their way in life?

It may be a pupil or student, your son or daughter, your nephew or niece, grandchild, neighbour or a friend.

The person you have in mind might lack self-belief, but all they need is a nudge to guide them to think more positively about themselves.

to discover the pearl inside …