TWO STRANGERS. A CHILD. AND A SPLIT SECOND CHOICE THAT WILL CHANGE EVERYTHING.

Ellen was just trying to help a stranger. Giving a few minutes respite to a flustered young mother sitting opposite her on the train. A few minutes holding her baby while the woman makes an urgent call.

As the train pulls into a station, Ellen is stunned to see the woman step off the train and rush away down the platform, leaving her baby behind.

Then she discovers a note in the baby’s bag, three desperate lines scrawled hastily on a piece of paper:

WHAT WOULD YOU DO?

Anyone who has read any of T. M. Logan’s previous novels will know what to expect when they come to his latest book, which is the unexpected. King of the unreliable narrator, prince of the unexpected twist, the only thing you can be sure of in a T. M Logan is that you can’t be sure of anything until you have turned the final page.

So, the title of his latest book, Trust Me, is very apt, because you never know who you can trust in this story including the main protagonist, Ellen. Everyone has hidden motives and deep-seated desires driving them on in certain directions, not all of which are obvious from the beginning. Good luck weaving your way through the maze of this novel.

The book starts off with a fascinating premise right from the beginning. A distraught mother asks you to hold her baby for a moment while she takes a call. Then she never comes back. What would you do? Would you do what Ellen does? Chances are you wouldn’t, because Ellen isn’t like you or I, and she has her own particular set of circumstances that are driving her on. The situation she finds herself in with the baby is the culmination of a perfect storm in her life, and puts her in a dangerous situation that she could never have anticipated. There were times when I was shouting at the book, open-mouthed at the decisions she was making, but still understanding why she did it. The author has created a character that is out of the ordinary but very sympathetic at the same time, I really enjoyed reading her.

Like all of this authors books, there is intrigue and secrets and double-dealing. What I found different from his previous books was the pacing. This book is absolutely full of action from start to finish which was very refreshing and made me turn the pages at double speed. Don’t get me wrong, I have thoroughly enjoyed the more internal, personality-based thrills of his previous stories, but it was really great to see something different from this writer, showcasing his versatility. Definitely not the case of resting on his laurels and repeating what had proved successful before. I love authors who are willing to take risks and chances in their work.

This is a thriller with a great premise and interesting protagonist which really delivers on its promise and kept me glued to it from start to finish. Perfect for devouring in a single sitting on a sunny afternoon, on a sun lounger or garden chair, it will whisk you away from the every day and take you on a rollercoaster ride.

A really great read that might be my favourite yet from T. M. Logan and has definitely cemented him as one of my favourite psychological thriller writers.

Trust Me is out now in hardback, audiobook and ebook formats and will be published in paperback on 5 August and you can buy a copy here. 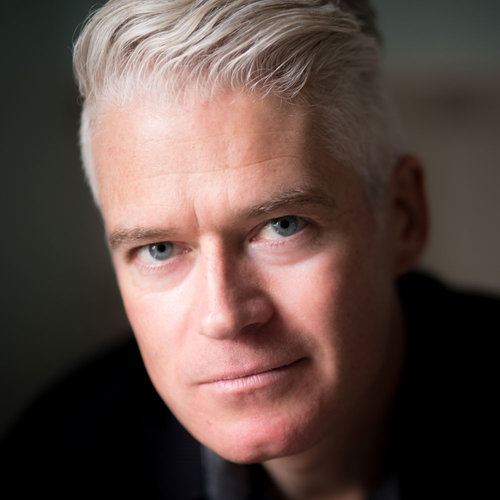 TM Logan’s thrillers have sold more than a million copies in the UK and are published in 19 countries around the world including the USA, South Korea, Italy, Spain, Portugal, Poland, Hungary, Serbia, Romania, Greece and the Netherlands.

Tim’s brand new thriller, TRUST ME, begins when a woman is asked to look after a stranger’s baby on a train – only for the mother to vanish. When she looks in the baby’s things, she finds a note that says: ‘Please protect Mia. Don’t trust the police. Don’t trust anyone.’ TRUST ME is out now in hardback, e-book and audiobook.

His thriller THE HOLIDAY was a Richard & Judy Book Club pick and spent ten weeks in the Sunday Times paperback top ten. THE HOLIDAY takes place over a sweltering summer week in the south of France, as four best friends see the holiday of a lifetime turn into a nightmare of suspicion, betrayal and murder. Tim’s debut LIES was one of Amazon’s biggest selling e-books of 2017 and was followed by 29 SECONDS in 2018.

Tim was a national newspaper journalist before turning to novel-writing full time. He lives in Nottinghamshire with his wife and two children, and writes in a cabin at the bottom of his garden.