Today’s castaway choosing the five books and one luxury item to accompany her to her desert island home is a great friend of mine, author…. Eva Glyn, and I’m very excited to see what she has chosen. So let’s get on with it!

Book One – Last Dance in Havana by Rosanna Ley

Cuba, 1958. Elisa is only sixteen years old when she meets Duardo and she knows he’s the love of her life from the moment they first dance the rumba together in downtown Havana. But Duardo is a rebel, determined to fight in Castro’s army, and Elisa is forced to leave behind her homeland and rebuild her life in distant England. But how can she stop longing for the warmth of Havana, when the music of the rumba still calls to her?

England, 2012. Grace has a troubled relationship with her father, whom she blames for her beloved mother’s untimely death. And this year more than ever she could do with a shoulder to cry on – Grace’s career is in flux, she isn’t sure she wants the baby her husband is so desperate to have and, worst of all, she’s begun to develop feelings for their best friend Theo. Theo is a Cuban born magician but even he can’t make Grace’s problems disappear. Is the passion Grace feels for Theo enough to risk her family’s happiness?

Rosanne Ley is one of my go to authors and Last Dance in Havana is my favourite of her books. She is a brilliant writer (and creative writing tutor) and has the gift of transporting you somewhere so completely, you can almost believe you are there – something very useful once you’ve been on a desert island for a while. This book is set mainly in Bristol, a city I know well, and partly in Cuba, and for me the characters are like old friends. Elisa, who left Havana in 1958 and now longs to return, is particularly memorable and I know I would look forward to seeing her again. 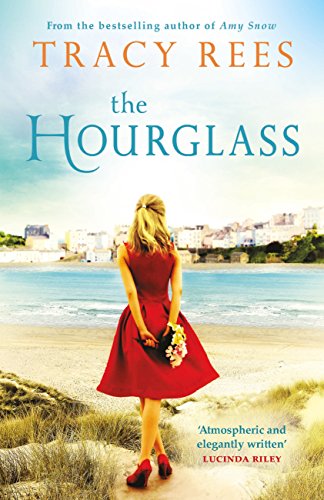 How much can a place change your life?

1950. Chloe visits Tenby every summer. She stays with relatives, and spends the long, idyllic days on the beach. Every year is the same, until she meets a glamorous older boy and is instantly smitten. But on the night of their first date, Chloe comes to a realisation, the aftermath of which could haunt her forever.

2014. Nora has always taken success for granted, until suddenly her life begins to fall apart. Troubled by anxiety and nightmares, she finds herself drawn to the sweeping beaches of Tenby. But Tenby hides a secret, and Nora will soon discover that this little town by the sea has the power to heal even the most painful memories.

This is a book I didn’t immediately warm to but it ended up being one of my favourites. It’s a dual timeline with part in the 1950s, and it was this story which first entranced me, as young teenager Chloe arrives from the Welsh valleys for her annual summer stay with her cousins in Tenby. The way her sheer joy of being there cracks open her attempted veneer of sophistication as the bus starts down the hill into the town must be one of my favourite scenes ever. And of course I am Welsh, so reading this book would always remind me of home.

Book Three – The Story of England by Michael Wood

In The Story of England Michael Wood tells the extraordinary story of one English community over fifteen centuries, from the moment that the Roman Emperor Honorius sent his famous letter in 410 advising the English to look to their own defences to the village as it is today.

The village of Kibworth in Leicestershire lies at the very centre of England. It has a church, some pubs, the Grand Union Canal, a First World War Memorial – and many centuries of recorded history. In the thirteenth century the village was bought by William de Merton, who later founded Merton College, Oxford, with the result that documents covering 750 years of village history are lodged at the college.

Building on this unique archive, and enlisting the help of the current inhabitants of Kibworth, with a village-wide archeological dig, with the first complete DNA profile of an English village and with use of local materials like family memorabilia, the story of Kibworth is the story of England itself, a ‘Who Do You Think You Are?’ for the entire nation.

I may be Welsh but this book is all about England, and in particular one small corner of it – the village of Kibworth in Leicestershire – and that makes it a history like no other. By taking the focus down to this microscopic level, Wood creates real depth and also a fascinating narrative thread as we meet the same families again and again. But the lessons can be applied outwards to the whole country, and that is its genius. I love the history of ordinary people – and I’ve had a crush on Michael Wood since his Trojan War days – so double the reason to take this book with me.

This volume gathers together Glyn Jones’s previously published poems, together with a number that appear for the first time.

There had to be a poetry book and this one is very special to me, because I read from it to my mother the morning she died and we had a lovely time. Glyn was a good friend of my parents, and that’s the reason I took his name as my pseudonym. Apart from his absolutely wonderful way with words – perhaps just a little of it will rub off on me! 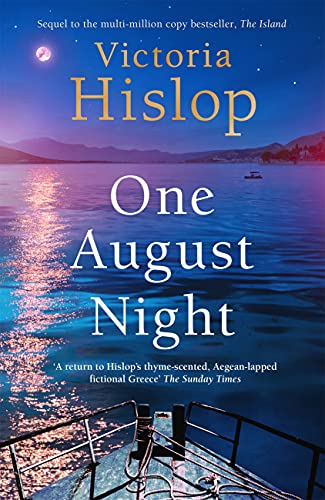 25th August 1957. The island of Spinalonga closes its leper colony. And a moment of violence has devastating consequences.

When time stops dead for Maria Petrakis and her sister, Anna, two families splinter apart and, for the people of Plaka, the closure of Spinalonga is forever coloured with tragedy.

In the aftermath, the question of how to resume life looms large. Stigma and scandal need to be confronted and somehow, for those impacted, a future built from the ruins of the past.

I’m taking a bit of a chance on this one because I haven’t read it, but it would be great to have something new to look forward to. I love her writing and The Island was the first book of hers I read so her return to Spinalonga will surely be a treat.

The essential item I couldn’t live with would be a notebook and pencil. I know it’s not original, but I’m an author. And all the better if the pencil has a little rubber on the end so I can keep only the very best of words! 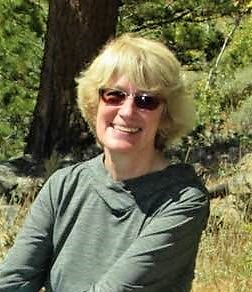 Eva Glyn writes emotional women’s fiction inspired by beautiful places and the stories they hide. She loves to travel, but finds inspiration can strike just as well at home or abroad.

She cut her teeth on just about every kind of writing (radio journalism, advertising copy, PR, and even freelance cricket reporting) before finally completing a full length novel in her forties. Four lengthy and completely unpublishable tomes later she found herself sitting on an enormous polystyrene book under the TV lights of the Alan Titchmarsh Show as a finalist in the People’s Novelist competition sponsored by Harper Collins. Although losing out to a far better writer, the positive feedback from the judges gave her the confidence to pursue her dreams.

Eva lives in Cornwall, although she considers herself Welsh, and has been lucky enough to have been married to the love of her life for twenty-five years. She also writes as Jane Cable.

The Missing Pieces of Us is Eva’s first novel for One More Chapter and will be published on 21st July. When Robin and Izzie meet again after twenty years they discover their memories of their brief affair are completely different. Who is right, and who is wrong? And how can they create a future when so many pieces of their past are missing? You can pre-order the book here.

There are three versions of the past – hers, his, and the truth.

When Robin Vail walks back into widow Isobel O’Briain’s life decades after he abruptly left it, the dark days since her husband’s unexpected passing finally know light. Robin has fallen on hard times but Izzie and her teenage daughter Claire quickly remind him what it’s like to have family…and hope.

But Robin and Izzie are no longer those twenty-something lovers, and as they grow closer once more the missing pieces of their past weigh heavy. Now, to stop history repeating, Izzie and Robin must face facts and right wrongs…no matter how painful.