Today’s shipwreck victim, marooned on a desert island with only five books, one luxury item and their own thoughts for company (how terrifying an idea is that?!) is author, Annemarie Rawson. Let’s see what tomes she has chosen to stave off certain madness, shall we?

In November 2009, the young lawyer Sergei Magnitsky was beaten to death by eight police officers in a freezing cell in a Moscow prison. His crime? Testifying against Russian officials who were involved in a conspiracy to steal $230 million of taxes.

Red Notice is a searing exposé of the whitewash of this imprisonment and murder. The killing hasn’t been investigated. It hasn’t been punished. Bill Browder is still campaigning for justice for his late lawyer and friend. This is his explosive journey from the heady world of finance in New York and London in the 1990s, through battles with ruthless oligarchs in turbulent post-Soviet Union Moscow, to the shadowy heart of the Kremlin.

With fraud, bribery, corruption and torture exposed at every turn, Red Notice is a shocking political roller-coaster.

A real-life political thriller about an American financier in the Wild East of Russia, the murder of his principled young tax attorney, and his dangerous mission to expose the Kremlin’s corruption. This was a huge insight into Russia and one man’s battle for the truth. I’ve only read it once but I think I would find something fascinating and informative which each subsequent read.

Artist’s daughter Penelope Keeling can look back on a full and varied life: a Bohemian childhood in London and Cornwall, an unhappy wartime marriage, and the one man she truly loved. She has brought up three children – and learned to accept them as they are.

Yet she is far too energetic and independent to settle sweetly into pensioned-off old-age. And when she discovers that her most treasured possession, her father’s painting, The Shell Seekers, is now worth a small fortune, it is Penelope who must make the decisions that will determine whether her family can continue to survive as a family, or be split apart.

The Shell Seekers is one of the many family sagas written by Rosamunde Pilcher and set between London and Cornwall and often around or during WWII. The books are so well written that you feel as if you know each person and have been transported to the cliffs and villages of Cornwall.  The stories are great escapism to a bygone era and reading them all again will help me forget I’m stranded on a desert island! 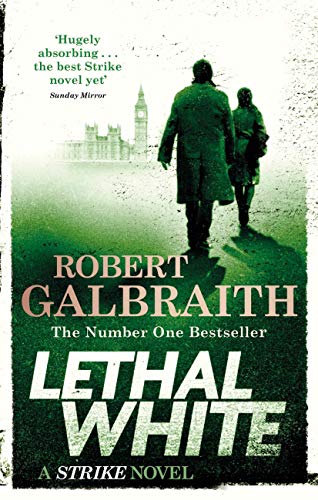 When Billy, a troubled young man, comes to private eye Cormoran Strike’s office to ask for his help investigating a crime he thinks he witnessed as a child, Strike is left deeply unsettled. While Billy is obviously mentally distressed, and cannot remember many concrete details, there is something sincere about him and his story. But before Strike can question him further, Billy bolts from his office in a panic.

Trying to get to the bottom of Billy’s story, Strike and Robin Ellacott – once his assistant, now a partner in the agency – set off on a twisting trail that leads them through the backstreets of London, into a secretive inner sanctum within Parliament, and to a beautiful but sinister manor house deep in the countryside.

And during this labyrinthine investigation, Strike’s own life is far from straightforward: his newfound fame as a private eye means he can no longer operate behind the scenes as he once did. Plus, his relationship with his former assistant is more fraught than it ever has been – Robin is now invaluable to Strike in the business, but their personal relationship is much, much more tricky than that . . .

Robert Galbraith (J K Rowling) has written a series of books of Strike, who runs his own detective agency and takes on Robin, who started out as his receptionist/PA. The books follow a series of investigations but intertwine these with Strike and Robin’s private lives and their simmering interest in each other. Lethal White is just one of these books.

In her memoir, a work of deep reflection and mesmerizing storytelling, Michelle Obama invites readers into her world, chronicling the experiences that have shaped her — from her childhood on the South Side of Chicago to her years as an executive balancing the demands of motherhood and work, to her time spent at the world’s most famous address. With unerring honesty and lively wit, she describes her triumphs and her disappointments, both public and private, telling her full story as she has lived it — in her own words and on her own terms.

Warm, wise, and revelatory, Becoming is the deeply personal reckoning of a woman of soul and substance who has steadily defied expectations — and whose story inspires us to do the same.

It was fascinating to learn about Michelle’s life from an average American childhood through to being the wife of the President of the United States and what she brought to that ‘job’. I felt I got to know Michelle, such was her storytelling skill. I’d take it with my to the desert island as I’m sure I’d learn a lot more on each re-reading of it.

London, 1941. Amid the falling bombs Emmeline Lake dreams of becoming a fearless Lady War Correspondent. Unfortunately, Emmy instead finds herself employed as a typist for the formidable Henrietta Bird, the renowned agony aunt at Woman’s Friend magazine. Mrs Bird refuses to read, let alone answer, letters containing any form of Unpleasantness, and definitely not those from the lovelorn, grief-stricken or morally conflicted.

But the thought of these desperate women waiting for an answer at this most desperate of times becomes impossible for Emmy to ignore. She decides she simply must help and secretly starts to write back – after all, what harm could that possibly do?

This is a delighted little read about a young woman who hopes to be a War Correspondent, takes on a job but the job turns out to be typist to the fierce and renowned advice columnist, Henrietta Bird. Emmy is disappointed, but gamely bucks up and buckles down.

Mrs Bird is very clear: Any letters containing Unpleasantness—must go straight in the bin. But when Emmy reads poignant letters from women who are lonely, may have Gone Too Far with the wrong men and found themselves in trouble, or who can’t bear to let their children be evacuated, she is unable to resist responding – under Mrs Bird’s name!

It’s an uplifting story, one set during a terrible time in London where bombs are falling but Emmy is making a difference to the reader’s lives. There is hope! And hopefully I’d still have hope, while stranded on a desert island. 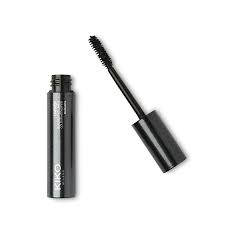 Mascara! Which I’d wear every day, just in case I got rescued that day and I wouldn’t be caught looking like Miss Piggy, without her false eyelashes  as mine are very fair!

Annemarie is a New Zealander who collects new ‘best friends’ wherever she goes. In her 50’s she and her husband, Steve, packed up the house, rented it out, kissed her family and friends goodbye and moved 12,000 km to South West France to work as estate managers for several private families — swapping corporate, city life for animal husbandry and the French countryside.

Annemarie loves people, animals, travelling, interior design and creating delicious food to welcome people into her home and at her table.

After a stint back in New Zealand, Annemarie decided (at 60) it was time for another adventure and did exactly the same thing, packing up the house but this time moving to London. Two and a half years later they have explored more of London than some Londoners and have bounced around the UK and parts of Europe, capturing it all in photos and blogs.

When Annemarie and her husband, Steve, leave their life in New Zealand to manage a 15th-century farmhouse in France, they have no idea they’ll end up homeless. No idea they’ll need to live in filth, rely on dilapidated equipment and deal with a belligerent boss. Will the mouth-watering food she creates, the wonderful people they meet and the glorious French countryside help them salvage their dreams of life abroad or will they need to rethink their future?

One thought on “Desert Island Books with… Annemarie Rawson”