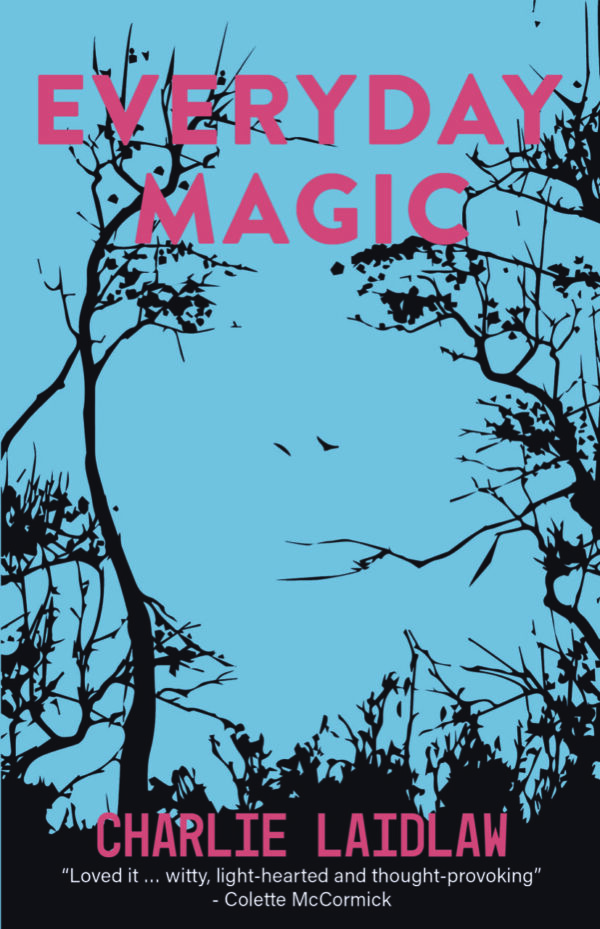 Carole Gunn leads an unfulfilled life and knows it.  She’s married to someone who may, or may not, be in New York on business and, to make things worse, the family’s deaf cat has been run over by an electric car.

But something has been changing in Carole’s mind.  She’s decided to revisit places that hold special significance for her.  She wants to better understand herself, and whether the person she is now is simply an older version of the person she once was.

Instead, she’s taken on an unlikely journey to confront her past, present and future.

Today is publication day for Everyday Magic, the fifth book by author Charlie Laidlaw and, to celebrate publication, I am delighted to be able to share an extract from Chapter One with you to whet your appetite.

When Carole was little, she found a magic clearing in the woods near her home.She had been exploring, surrounded by oak, birch, and hazel trees, picking her way carefully between bramble and nettle.There was birdsong, squirrels darting across branches, and patterns of sunlight on the woodland floor.She had been looking for bilberries, and her hands were full of the small black fruit.She stopped to sit on an outcrop of rock by a wide stream that, in winter, could quickly become a torrent of brown water.In summer, it was comforting; in winter, treacherous.She ate her bilberries, the stream cascading over a small waterfall; the sound of water in her ears.It was summer and the stream bubbled crystal clear.The woodland rose in folds from the stream, and she climbed steadily upwards.Here, the trees crammed in on her; it was darker.When she looked up, she could only see sunlight trapped on leaves far above.It was a part of the old woodland that she’d never been to before, but she pushed on; she had a feeling that she was on an adventure and might suddenly come across a gingerbread house or wizard’s cottage.

At the top of the hill she found herself in a small clearing.It was only a few yards across, framed with oak trees, and perfectly round.Sunlight from directly above made the clearing warm, and she stood at its centre, wondering if she was the first person to have ever discovered it.Each of the oak trees around the clearing seemed precisely set, each one a perfect distance from the next, and she walked around them, touching each one, wondering if someone had planted the oak trees, or if the clearing really was a magic place.She still believed in magic.Then she stood again at its centre, wondering at its symmetry and why a long-dead sorcerer might have planted the oak trees.Then, realising that the sorcerer might not be dead and that she had walked uninvited into his private domain, she hurried away, not sure whether to be frightened or excited.But it was a place she often went back to that summer, and on following summers, sometimes alone and sometimes with her little brother.They would sit in the centre of the woodland circle, eating bilberries, hoping to meet the sorcerer who had built the clearing.She wasn’t frightened of him anymore; the clearing was too peaceful to have been made by a bad wizard.It was their secret place, but mainly Carole’s, because she had found it.It was a comforting place: it was somewhere she would go if she was sad or angry about something, because the woodland circle and its shifting half-shadows offered calm and new perspectives.She could almost hear the trees speak to her, the wind in their branches making the leaves whisper, but so softly that she couldn’t understand.She would listen, eyes closed, the leaves rustling, but she never understood what they were saying.The circle of trees stood solid and immovable, dark and stoic, old and wise, each one the colour of stone.

If you found this short extract enticing and you would like to get your hands on a copy of the book, you can buy it direct from Ringwood Publishing’s website here. 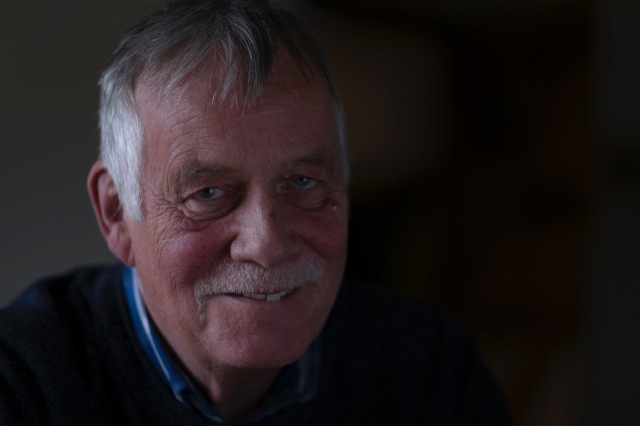 Author Charlie Laidlaw lives in East Lothian, one of the main settings for Everyday Magic. He has four other published novels: Being Alert!, The Space Between Time, The Things We Learn When We’re Dead and Love Potions and Other Calamities. Previously a journalist and defence intelligence analyst, Charlie now teaches Creative Writing in addition to his writing career.