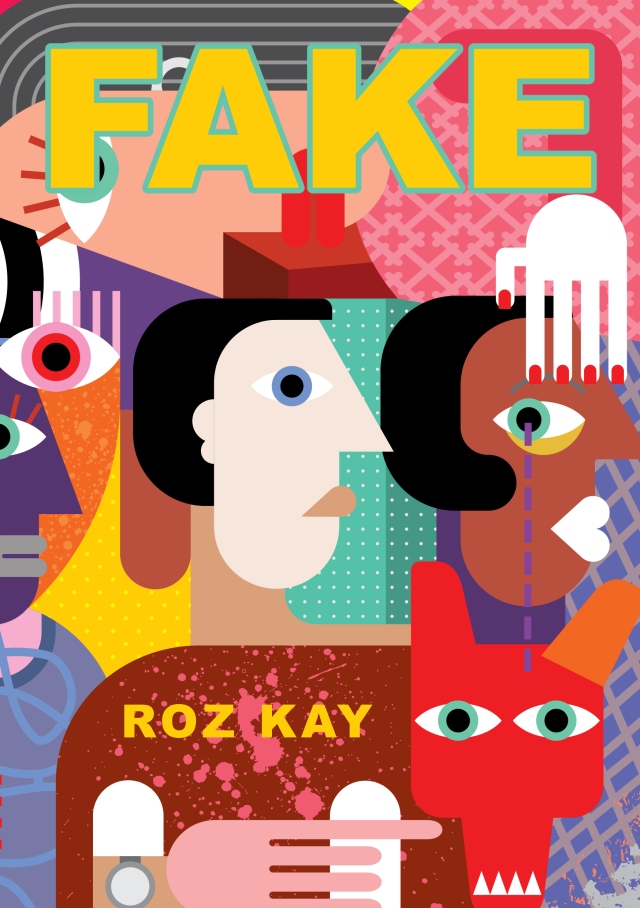 James Cowper-art dealer, gambler, thief-is going straight and on the brink of redeeming himself with his disillusioned wife, Imani. He’s still broke, but all he needs to take care of that is a rare art find. Then trouble arrives in the shape of a scheming landlord and an unwelcome dinner party with his boss. As events spin out of his control it appears that nobody, including Imani, is what they pretend. And over everything looms one make-or-break question for James: can he get a grip on his exploding life?

Today is my turn on the blog tour for Fake by Roz Kay, and I want to thank Emma Welton at damp pebbles blog tours for inviting me to take part and to the author for my digital copy of the book, which I have reviewed honestly and impartially.

I’m going to be honest, I wasn’t sure about this book at the beginning. During the first couple of chapters, I wasn’t sure about the writing style, it felt a little over-written, with the protagonist a little too flamboyant, too much of a smart arse for me to like. However, since I had promised a review, I persevered and, by the end of the book I was very glad I had, because the book was charming, funny and filled me with joy when I had completed it. Quite a turnaround!

I think it just took me a while to get used to the voice of James and, once I had, I was quickly drawn in to his life, which is a bit of a car crash, to be honest. He has had a gambling problem, which has lead to money issues, loss of their house, problems at work and tensions in his marriage. He believes things might be picking up, but a series of unfortunate events threaten to upset his tentative steps back towards tranquility, leaving the reader eager to find out if he can claw his way back to a level plain, or if he will slide back down to the bottom. In fact, the story is a bit like watching the I’m A Celebrity… Cyclone Challenge applied to the life of a fictional character, and it is just as entertaining.

James is a rogue, there are no two ways about it, and he admits it himself throughout the book. He frequently wonders why his saintly wife, Imani, puts up with him and is scheming and working to hang onto her. However, having spent the duration of this novel with James, I can see why Imani is attracted to him. He is sharp, quick-witted, charming and, above all else, he is devoted to her and their son. I was a little bit in love with him myself by the end of the novel. The author also provides us with a raft of other diverse, entertaining but not always likeable characters to interact with James and make his life difficult. They are all cleverly and believable drawn, provoking a variety of visceral reactions in the reader, and the dynamics between them make for entertaining and hilarious reading. Despite the fact this book takes place over a short time period – only three of four days – and mostly within the confines of a single house, the plot never loses momentum and kept me gripped from start to finish. This is one of those books that does small, domestic drama to great and comedic effect.

If I had one complaint of this book, the references to things that had happened to James and his family before the book starts made me feel like I was reading a sequel to some prior tome that I hadn’t read. I felt like I needed a little more information, rather than trying to infer the details from the meagre inferences in the text. This was a small complaint, but it did niggle and probably reduced this from a five star to four star read for me. However, that is still a pretty good result, and I would not hesitate to recommend this book to anyone looking for something a bit different. Something fun and fresh and sharp. A pleasure.

Fake is out now and you can buy a copy here.

Please do check out the rest of the blogs taking part in the tour: 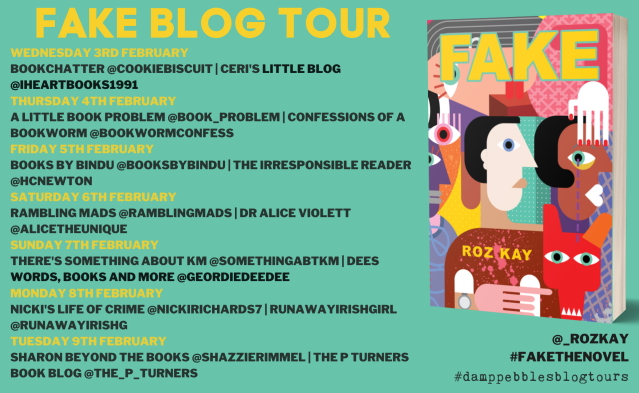 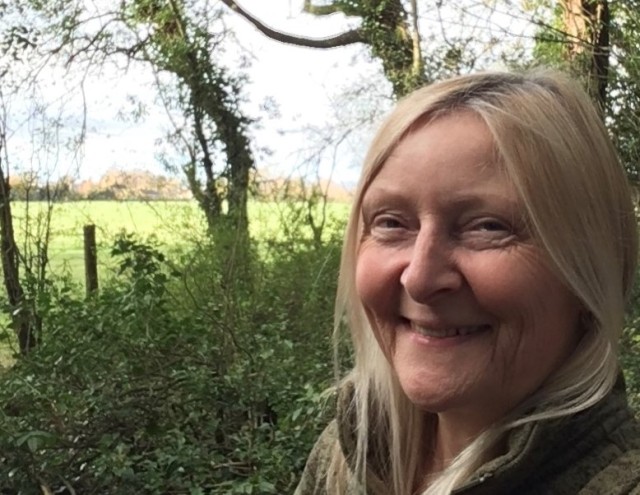 Roz Kay is a writer and former journalist. Her debut children’s novel, The Keeper of the Stones, was published in March 2020 by Hayloft Publishing and she’s had literary short stories published under the name Roz DeKett. Roz, who now lives in Wiltshire, England, has lived in Ghana, Canada, Malaysia, Brunei, and the United States—including nearly six years in Philadelphia where Fake is set. Fake is her debut novel for adults.