It’s time for me to send another unsuspecting character off to my lovely but deserted island, with only five books and one luxury item to keep them company. This week I have packed off author Christina Courtenay, let’s see what she has chosen to take with her.

Thank you so much for inviting me, Julie! I have to say that it’s incredibly difficult to choose just five books to take with me, but I have gone with my absolute all-time favourites and they should keep me going for a long time on that desert island!  I’m rather hoping the island is in the Outer Hebrides or somewhere equally chilly, as I’m not a huge fan of hot weather, although I suppose if I’m surrounded by a tropical ocean I can always cool off easily enough 😊

Book One – Cotillion by Georgette Heyer

Her eccentric and childless guardian, Mr. Penicuik, is leaving Kitty all of his vast fortune – but with one condition. She must marry one of his five grand-nephews.

However, Kitty’s clear favourite – the rakish Jack Westruther – doesn’t appear at all interested in the arrangement. To make Jack jealous, Kitty impulsively convinces his cousin, the kind-hearted and chivalrous Freddy Standen, to enter into a pretend engagement.

But the more time she spends with Freddy, the more Kitty wonders whether Jack is the right choice after all…

This is my ultimate comfort read and my absolute favourite Heyer book. I honestly don’t know how many times I’ve read it, but I enjoy it just as much each time. In this story she turns her usual alpha male hero plot on its head and instead it’s the unlikely Freddy Standen who gets to be the true hero. At first, the reader can’t possibly imagine it, but as the story progresses, he proves to have hidden strengths. The humour in this book is also second to none – definitely Heyer at her very best! I’ll never tire of reading this and it will cheer me up if I’m feeling down.

Book Two – Midnight is a Lonely Place by Barbara Erskine 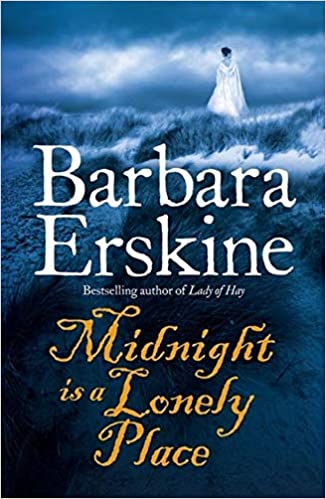 After a broken love affair, biographer Kate Kennedy retires to a remote cottage on the wild Essex coast to work on her new book, until her landlord’s daughter uncovers a Roman site nearby and long-buried passions are unleashed…

In her lonely cottage, Kate is terrorized by mysterious forces. What do these ghosts want? Should the truth about the violent events of long ago be exposed or remain concealed? Kate must struggle for her life against earthbound spirits and ancient curses as hate, jealousy, revenge and passion do battle across the centuries…

I might have to read this one in broad daylight, even if I’m totally alone on that island, as it scares me half to death each time, but it’s one of the most perfect timeslip stories I’ve ever read. The ghostly phenomena are chilling and feel incredibly real – I always imagine myself in that remote place being haunted by a long-dead Roman hellbent on revenge. The romance is poignant and there is something so satisfying in finding that good triumphs over evil – I love that!

A hauntingly beautiful tale of love that transcends time: an American writer travels to Scotland to craft a novel about the Jacobite Rebellion, only to discover her own ancestral memories of that torrid moment in Scottish history…

In the spring of 1708, an invading Jacobite fleet of French and Scottish soldiers nearly succeeded in landing the exiled James Stewart in Scotland to reclaim his crown. When young Sophia Paterson travels to Slains Castle by the sea, she finds herself in the midst of the dangerous intrigue.

Now, Carrie McClelland hopes to turn that story into her next bestselling novel. Settling herself in the shadow of that historic Scottish castle, she starts to write. But when she discovers her novel is more fact than fiction, Carrie wonders if she might be the only living person who knows the truth–the ultimate betrayal–that happened all those years ago.

This is another absolutely perfect timeslip story, although a lot less terrifying. It’s a wonderful, gentle read that just sweeps you along and it’s the only book in the last twenty years to have made me cry (in a good way) when I read the ending. It is set during the beginning of the Jacobite rebellions, an era that fascinates me, and it’s so incredibly emotional and romantic. I could reread this forever and still never get enough of it! 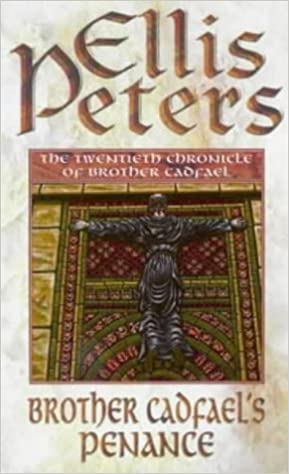 The cloistered walls of Shrewsbury Abbey have always protected Brother Cadfael from the raging Civil War. But when fighting escalates between Empress Maud and King Stephen, the war takes a deadly step closer to him.

Taken prisoner in the battle for Maud’s land is Olivier de Bretagne, Brother Cadfael’s own son- born as a result of a brief encounter thirty years earlier. Now Brother Cadfael resolves to plead for his son’s release at a peace conference scheduled to take place in Coventry; but there is no sign of Olivier there.

After much soul searching, Cadfael makes the difficult decision to break his monastic vows, leaving Coventry without permission- because he knows he must do everything in his power to find his son.

The twentieth and final instalment in Ms Peters’ series about the clever thirteenth century monk was everything I had hoped it would be. Having followed him through the entire series, and knowing that he had loose ends to tie up, I’d hoped that would happen in this story and I wasn’t disappointed. There is something incredibly satisfying in taking a long journey with a character and then leaving them exactly at a point in their lives where you know they’ll be ok. Whenever I finish this, I give a happy sigh and the characters stay in my mind for a long time.

Book Five – Shadow of the Moon by M M Kaye 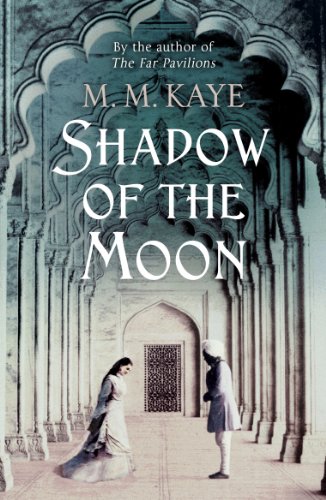 Shadow of the Moon is the story of Winter de Ballesteros, a beautiful English heiress who has come to India to be married. It is also the tale of Captain Alex Randall, her escort and protector, who knows that Winter’s husband to be has become a debauched wreck of a man.

When India bursts into flaming hatreds and bitter bloodshed during the dark days of the Mutiny, Alex and Winter are thrown unwillingly together in the brutal and urgent struggle for survival.

I think this can only be described as an epic historical, set against the backdrop of colonial India during the Mutiny. It is thrilling, exciting and wonderfully romantic, and the heroine is one of the strongest I’ve ever encountered (plus I love her name – Winter). I love history and you certainly get to really live through it vicariously here. Although it’s a very long book, it keeps me spellbound every time I pick it up. It will definitely help to pass the time on my remote island! 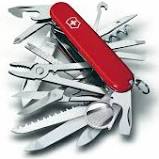 A Swiss Army knife (or other similar multi-purpose tool) – the largest one available – would probably come in very handy for building, cutting and cooking etc. They seem to contain just about every imaginable tool all cleverly tucked in. 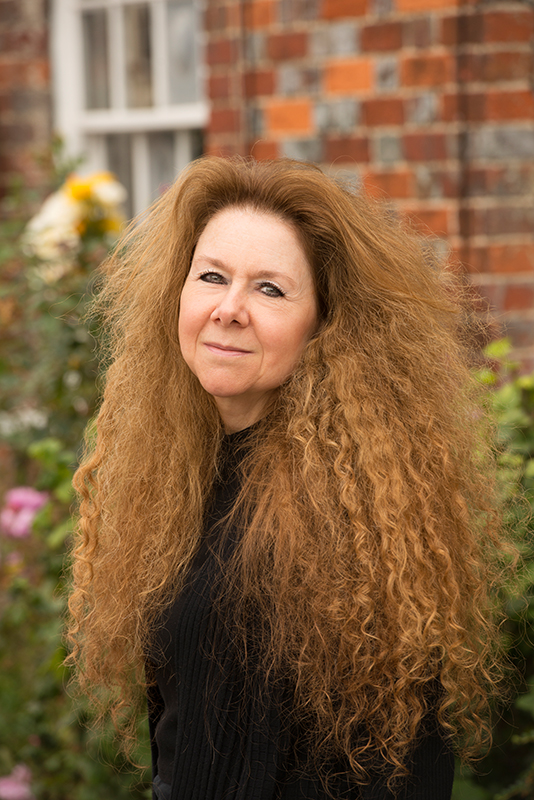 Christina Courtenay writes historical romance, time slip and time travel stories, and lives in Herefordshire (near the Welsh border) in the UK. Although born in England, she has a Swedish mother and was brought up in Sweden – hence her abiding interest in the Vikings. Christina is a former chairman of the UK’s Romantic Novelists’ Association and has won several awards, including the RoNA for Best Historical Romantic Novel twice with Highland Storms (2012) and The Gilded Fan (2014).  The Runes of Destiny (time travel published by Headline 10th December 2020) is her latest novel. Christina is a keen amateur genealogist and loves history and archaeology (the armchair variety).

Christina’s latest book is The Runes of Destiny, a Viking time travel story published by Headline Review which you can buy here.

Separated by time. Brought together by fate.

‘Linnea felt a shiver travel the length of her spine. It hadn’t been a joke – the runes really had shown her destiny.’

Indulging her fascination for the Viking language and losing herself in an archaeological dig is just what Linnea Berger needs after her recent trauma. Uncovering an exquisite brooch, she blacks out reading the runic inscription, only to come to, surrounded by men in Viking costume, who seem to take re-enactment very seriously.

Lost and confused, Linnea finds herself in the power of Hrafn, a Viking warrior who claims her as his thrall and takes her on a treacherous journey across the seas to sell her for profit. Setting sail, she confronts the unthinkable: she has travelled back to the ninth century.

Linnea is determined to find a way back to her own time, but there’s a connection forming with Hrafn. Can she resist the call of the runes and accept her destiny lies here …

I’ve never taken out a book box subscription before, as I own so many books I’m always worried I’ll just end up with duplicates (which has happened pretty much every time I’ve bought a ‘secret’ book!) but when Hachette announced their Feminist Book Box subscription, I knew I had to try it.
How do you celebrate World Book Day other than with new books!? Beats me.
Over the last 48 hours I have reviewed this two fantastic new titles by Orenda Books. One, by two authors new to me, one the fourth in a series I absolutely love.
One of my favourite children’s books, featuring childhood’s feisty heroine, is my Desert Island Children’s Book pick for February.
I don’t own any mugs featuring lions or wildebeest, so a giraffe will have to do!
I love the way Mr Kipling Angel Slices come wrapped in packs of two. It’s a perfect excuse to eat both! A little bit of sweetness, just like the book I’ve reviewed today on the blog.