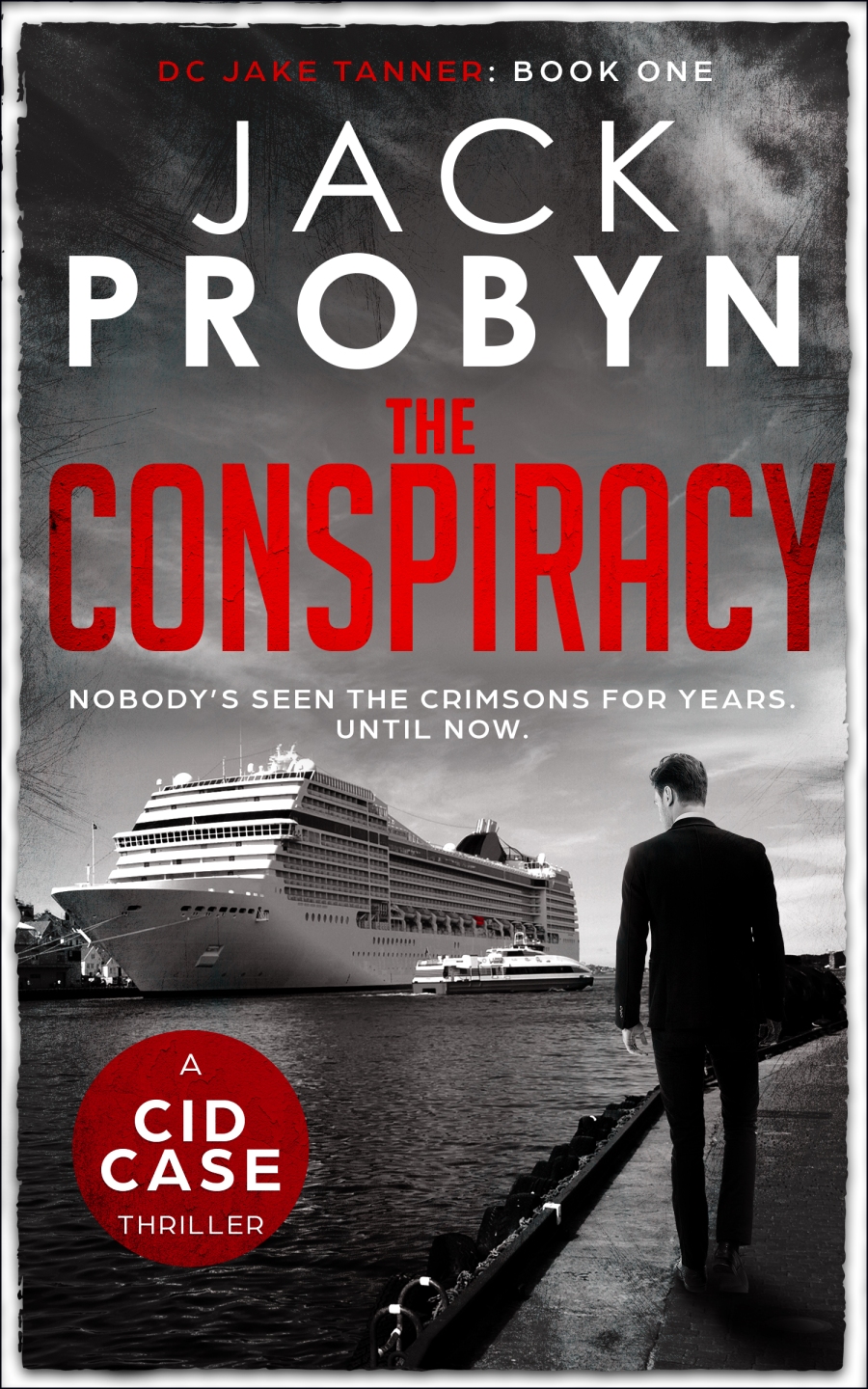 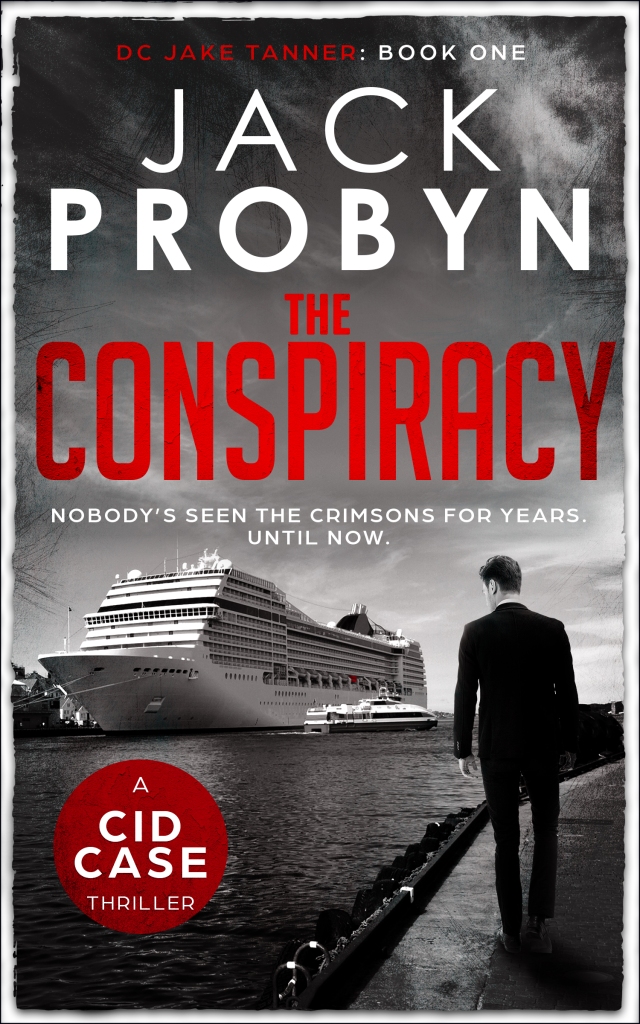 A small jewellers is raided in Guildford High Street and leaves police chasing their tails. Reports suggest that it’s The Crimsons, an organised crime group the police have been hunting for years.

The device wrapped around her neck is suffocating her, crushing her chest.

But for rookie detective, Jake Tanner, something doesn’t seem right. The heist doesn’t fit any of their previous patterns. And the last time Jake met them, he was staring down the barrel of their gun, bargaining for his life.

The men who put it there have left her to die.

When the shop owner is kidnapped and a collar bomb is attached to her neck, Jake learns one of his own is involved – a police officer.

As Jake follows the group on a wild goose chase, he questions everything he knows about his team. Who can he trust? And is he prepared to find out?

(Warning: This book is intended for mature audiences and contains disturbing and potentially offensive material.)

I’m delighted to be kicking off the blog tour today for The Conspiracy by Jack Probyn, Book One in the Jake Tanner Crime Thriller series. My thanks to Emma Welton of damp pebbles blog tours for inviting me to take part, and to the author for my digital copy of the book, which I have reviewed honestly and impartially.

The Conspiracy starts off really promisingly with a violent heist at a jewellery shop in Guildford. It seems to have been perpetrated by a gang who have not been seen for a long while, so why have they resurfaced, and why have they suddenly got more violent? It’s Jake Tanner’s first day with Guildford’s major crimes team and he can’t believe his old enemies have chosen today to rear their ugly heads again.

I was drawn in to the story quite quickly with the surfeit of action happening on the page and the enthralling premise of the plot. The police have to solve a puzzle to release a hostage from a horrifying, fatal device that is the stuff of nightmares in a race against time, while the criminals make their getaway. it all was really promising from the beginning and I was eager to know what was going to happen. The prose is quite quick and easy to read, although quite graphic in its violence, and the time was passing very quickly.

I also enjoyed the dynamic between the gang and finding out what was driving them, their personal relationships and human frailties feed quite well into the plot to drive the narrative. I could understand and recognise their relationship as being quite authentic and see why things played out as they did.

However, this book has some problems. The main one being that the role that the main protagonist, Jake Tanner, takes in the investigation is just totally unbelievable. It started off seemingly well, so for the first third of the book I bought into the premise and was enjoying the narrative but, after a while, the role that Jake was taking got more and more outlandish. This is a very young man in his first day in a new police force, he is only a trainee detective, and yet the most senior officers are directing the whole investigation on his gut feelings. he’s telling them what to do, communicating behind their backs with a fellow junior officer who is also feeding into his behaviour, going off on his own track, visiting prisoners to interrogate them alone and generally just behaving in a way that it is too hard a stretch of the imagination to accept as in any way authentic. His actions get more outlandish as the book progresses, to the point where he pretty much solves the crime and saves the day single-handedly. Unfortunately, it makes the book almost cartoonish in its denouement.

I think there is a lot of potential in this author. There was a lot to enjoy about the book. He obviously has a great imagination and a good eye for story structure. The writing just lacks some maturity, it reads a bit like a grown up version of a teenage boy’s book, with not enough character development or authenticity of procedure, but plenty of action. I’m sure over time these things will develop and the author could be one to watch. I also accept that I may not be the target audience for this book and maybe it is aimed more to appeal to young, male readers. For the time being, this is a book for anyone who is prepared to suspend their disbelief further than I could manage in return for high action and an imaginative plot.

The Conspiracy is out now and you can buy a copy here.

Make sure you follow the rest of the tour for alternative reviews: 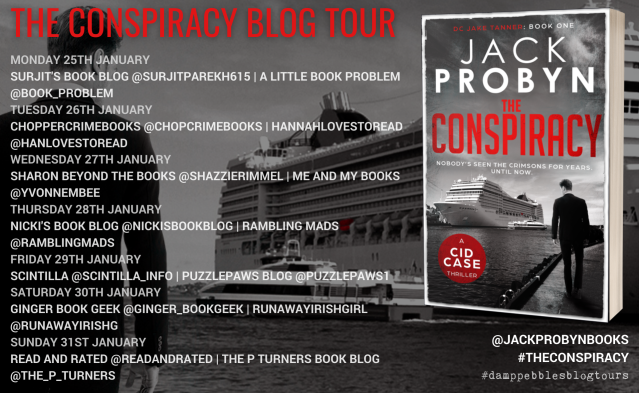 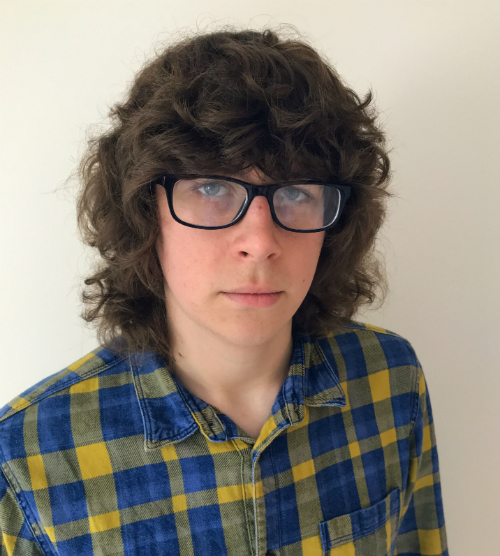 Jack Probyn is the author of the DC Jake Tanner series. He hasn’t spent much time on the planet, but he knows what he wants: to entertain and enthral readers across the globe with his stories. Growing up as an only child and never owning a pet – something he reminds his parents of constantly – Jack spent a lot of time reading and writing.

After just about completing an English degree, he decided to turn his passion from a hobby into a career. When he’s not writing, he’s usually enjoying a sudoku or a true crime drama on Netflix. He lives in Surrey with his partner – who also one day dreams of owning a pet. Preferably a dog.

2 thoughts on “Blog Tour: The Conspiracy by Jack Probyn #BookReview”