Welcome to my first Friday Night Drinks of 2021 and, sadly, it will be a rather subdued affair as not only am I doing Dry January as usual, but we are again in lockdown here in England. Still, I am sure tonight’s guest will brighten up all our evenings with some interesting conversation. Welcome to the blog, author…. Serena Fairfax. 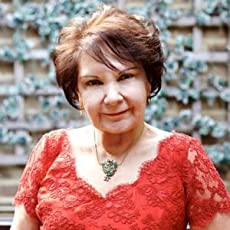 Welcome to my virtual bar, Serena (the only type we can visit these days!), thank you so much for joining me this evening. First things first, what are you drinking?

I’m drinking Mojito that originated in Cuba (gorgeous place). It’s a mix of  fresh mint leaves, white rum, a dash of syrup, lime juice, soda water( all to taste) and crushed  ice. I’ll raise a glass to Ernest Hemingway whose favourite tipple this was during his 20 years as a fixture of Havana.

I am partial to a Mojito myself when I’m not off the alcohol. If we weren’t here in my virtual bar tonight, but were meeting in real life, where would you be taking me for a night out?

If we can pretend we’re not circumscribed by lockdown restrictions, you and I would wind up in the Toulouse Lautrec Jazz Club in south London, where we’d hear live music amid bohemian vibes, eat our hearts out and tap our feet to the sounds of the nine-piece band playing everything from soul, jazz, funk and swing to golden oldies.

It would have to be Casanova  (1725 – 1798) who, apart from being a notorious gambler and womanizer, became a spy for the French and Head of the first state lottery.   He led a colourful life, wrote nineteen works, the best known of which is his Memoir   Histoire de ma vie that runs to 3,700 pages of manuscript. Pushed into becoming a lawyer, a job he hated, he really wanted to pursue a career in medicine.

The other guest would be Ada Byron, Countess Lovelace (1815-1852) the daughter of Lord Byron and  his wife Anne Milbanke who studied maths and science under a Cambridge don and who he referred to scathingly as the Princess of Parallelograms.  Ada, who suffered from migraines, inherited her mother’ s mathematical genius and was very ambitious.  She met Charles Babbage who was recognised eventually as the inventor of the machine that was a forerunner of the modern computer.  Ada developed various ingenious programmes enabling complex maths calculations.  Sadly, she was addicted not only to horse racing, where she invariably betted and lost big, but also to laudanum and had to admit to her husband that she’d pawned all the family jewellery.

I think we’d be open-mouthed with fascination as the two of them chatted away.

What brilliant choices, that would be a fascinating evening! So, now we’re settled, tell me what you are up to at the moment. How and why did you start it and where do you want it to go?

Well, I’m taking a rest from the launch of my latest release Mango Bay. I’ve got an idea for a spy story but it’s in a seminal state and may well end up a something quite different. I hope not though as I want to try my hand at writing crime and thrillers, a genre that I love reading.

My proudest moment was when the publishing house, Robert Hale, accepted my first romantic novel Strange Inheritance way back in the dark ages.  I’d submitted it to Mills & Boon who’d rejected it but Hale accepted it and also the next one, Paint Me A Dream.

The research bit of writing always challenges me. It’s not something I like at all although it has to be done for authenticity’s sake.  It has got much easier what with the emergence of nifty search engines.

Well, who doesn’t hanker after a stonking six-figure advance and a blockbuster movie deal!

What do you have planned that you are really excited about?

I’m not really someone who plans. I just sort of lurch from one idea to another and it’s more exciting just to grab what fate throws at one.

I have to disappoint you but I don’t have a favourite place. All my journeys are special and unique.  At the top of my bucket list is a visit to Borneo   that was dashed by the march of Covid last year. Next on the list is Madagascar with its phenomenal range of animal and plant life. I’m not into riding a zip line or abseiling down the 810 metres of the Burj Khalifa. 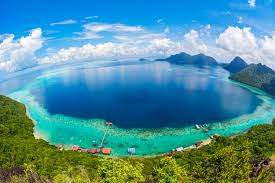 Tell me one interesting/surprising/secret fact about yourself.

I wish I owned some ancient needlework samplers but they’re very pricey so I do the next best thing and collect reproductions of them. They look lovely on the sitting room wall.  The oldest English sampler is dated 1598, worked in metal thread and silk in linen by Jane Bostocke and is in the Victoria and Albert Museum.

It has to be The Rise and Fall of the Dinosaurs by Steve Brusatte who’s a palaeontologist at Edinburgh University.  Be introduced to  the largest land animal ever to have lived on earth and some chilling, ugly predators.  It’s a fascinating, infectious and thrilling account of a species that has captured everyone’s imagination.

66 million years ago the dinosaurs were wiped from the face of the earth. Today, Dr. Steve Brusatte, one of the leading scientists of a new generation of dinosaur hunters, armed with cutting edge technology, is piecing together the complete story of how the dinosaurs ruled the earth for 150 million years.

The world of the dinosaurs has fascinated on book and screen for decades – from early science fiction classics like The Lost World, to Godzilla terrorizing the streets of Tokyo, and the monsters of Jurassic Park. But what if we got it wrong? In The Rise and Fall of the Dinosaurs, top dinosaur expert Brusatte, tells the real story of how dinosaurs rose to dominate the planet. Using the fossil clues that have been gathered using state of the art technology, Brusatte follows these magnificent creatures from their beginnings in the Early Triassic period, through the Jurassic period to their final days in the Cretaceous and the legacy that they left behind.

Along the way, Brusatte introduces us to modern day dinosaur hunters and gives an insight into what it’s like to be a paleontologist. The Rise and Fall of the Dinosaurs is full of thrilling accounts of some of his personal discoveries, including primitive human-sized tyrannosaurs, monstrous carnivores even larger than T. rex, and feathered raptor dinosaurs preserved in lava from China.

At a time when Homo sapiens has existed for less than 200,000 years and we are already talking about planetary extinction, The Rise and Fall of the Dinosaurs is a timely reminder of what humans can learn from the magnificent creatures who ruled the earth before us.

That sounds so interesting, I’ll have to add it to my wishlist. So, we’ve been drinking all evening. What is your failsafe plan to avoid a hangover and your go-to cure if you do end up with one?

To avoid a hangover tuck into a spicy Vindaloo accompanied by piles of yellow rice (the turmeric in the rice helps) before the hard drinking starts. The best thing to cure a hangover is eating a hearty breakfast, staying hydrated and sleeping it off.

I’d decompress by switching off my mobile phone and social media and allowing my dog to take me to on a long walk through Battersea Park.  After that I’d cook and freeze a few meals for the forthcoming week and then try to master playing Beethoven’s Moonlight Sonata.

Serena, thank you so much for being my first guest of the new year, it has kicked 2021 off to a great start.

Serena’s latest book, Mango Bay, is out now and you can read my recent review of it here. If you would like to get a copy for yourself, you can buy it here in both ebook and paperback formats.

Jazz clubs, yacht clubs, aunty bars and a Bollywood beauty shadowed by her pet panther. This is glamorous Bombay in the late 1950s.

When the happy newlyweds move to Nat’s exotic homeland and the striking family villa, Audrey must deftly navigate the rituals, secrets, intrigues and desires of his Bene Israel Jewish community, and adjust to perplexing new relatives.

In time, the past unlocks, old family ties unravel, lies are exposed and passions run high as different generations fall out. Then something shocking happens that undoes everything. Will this marriage that has crossed boundaries survive?

Serena Fairfax spent her childhood in India, qualified as a Lawyer in England, and worked in a London firm for many years.

Some of her novels have a strong romantic arc although she burst the romance bubble with one quirky departure. Other novels pull the reader into the dark corners of family life and relationships. She enjoys the challenge of experimenting and writing in different genres.

Her short stories and a medley of articles, including travel perceptions and her reviews of crime fiction and thrillers, feature on her blog.

Fast forward to a sabbatical from the day job when Serena traded in bricks and mortar for a houseboat that, for a hardened land lubber like her, turned out to be a big adventure. A few of her favourite things are collecting old masks, singing and exploring off the beaten track.

Serena and her golden cocker spaniel live in London.