What if we could no longer trust DNA profiling, the silver bullet of our criminal justice system? For years, we’ve relied on it to solve decades-old crimes, convict the guilty, and liberate the innocent from death row. But what happens to that trust when a crime lab scientist is leaned on to manipulate the evidence or, worse still, lose it altogether?

Ruthless Seattle mayor, Patti Rainsford, announces her candidacy for state governor. She’ll do anything to succeed. When her son is arrested for the rape and assault of a seventeen-year-old girl, Rainsford’s political career is in jeopardy.

Detective Linda Farrell is assigned to investigate. After twelve years working in SPD’s sexual assault unit, her career is drifting, not helped by the single-minded detective’s contempt for police protocol and the pressure of her failing marriage. The high-profile rape case is a rare chance to shine and maybe even get her life back on track. Nothing will stop her seeking justice for the young victim.

With a mountain of personal debt and his wife’s business on a knife-edge, Clark Stanton is facing financial meltdown. Then a stranger offers him a lifeline in return for a favor. As the manager of Seattle’s crime lab, all Clark has to do is make the rape kit evidence against the mayor’s son go away.

I am delighted to be one of the blogs kicking off the tour today for Crime and Justice by Martin Bodenham. My thanks to Emma Welton of damp pebbles blog tours for inviting me to take part in the tour and to the publisher for my digital copy of the book, which I have reviewed honestly and impartially.

The action in this book kicks off from the very first page when Clark Stanton, manager of the Seattle crime lab, is approached by someone with unwelcome demands, and the reader is forced to ask themselves from the beginning, what would you do in this situation. Clark is put in a seemingly impossible position, with no good choices open to him.

I have to say, to begin with, I wasn’t one hundred per cent convinced by the path that Clark decides to take. I could see what the author was trying to do to convince the reader that what he did was reasonable under the circumstances, but I’m not sure he was totally successful in my case. However, if you can put this aside and try and suspend your disbelief as I did, what follows is a rollercoaster ride of action as Clark tries to dig himself out of the hole he has got himself into, while other people fight for justice, or to avoid being brought to justice, depending on their perspectives.

There are a lot of morally dubious characters in this book, in fact they outweigh the ones who are obviously likeable, which makes for an interesting dynamic in the novel. The most sympathetic characters in this novel are the minor ones, the ones who actually have very little voice and are the ones who end up suffering the most as a result of the protagonist’s actions. They were the ones, by the end, who had my thoughts, and I was left feeling saddened for them and the justice they never received.

And this is the main theme of the book. What is justice, and what is it reasonable to do in order to seek it? What lengths can a moral person go to in order to seek justice, and is doing morally dubious, or even downright illegal, things justified if it sees wrong-doers punished in the end? Do the ends justify the means? Would it be better for criminals to go free to spare innocent people pain and suffering, or is the sacrifice of innocents an acceptable side effect in the pursuit of justice? These are dilemmas that have taxed humans for centuries, and I’m not sure everyone will come up with the same answer after reading this book, but it gives the reader food for thought.

The other idea explored here, how far we should trust the conviction of people based purely on DNA evidence when it can easily be manipulated by unscrupulous humans, is also interesting, and I don’t think there is a good answer. It will make you ponder, if you are like me, how we do insure that the criminal justice system is as infallible as it can be, when it has to rely so heavily on the actions of humans who can make mistakes, or who are blinded by bias, prejudice, or open to outside manipulation. If you think about it for too long, it could give you sleepless nights, but I’m not sure that anyone has come up with a better alternative yet.

This book is a gripping thriller, with plenty of moral dilemmas for the reader to chew on, and lots of action to keep the plot rolling along. If the author has to perform some contortions in justifying the motivations of his main character to set up the premise for the book, most readers will probably find this a minor price to pay for a cracking read.

Crime and Justice is out now and you can buy a copy here. 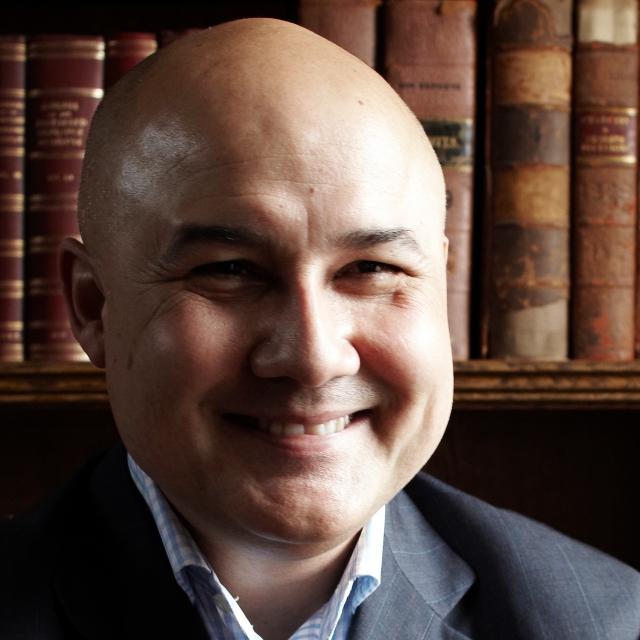 Martin Bodenham is the author of the crime thrillers The Geneva Connection, Once a Killer, and Shakedown. Crime And Justice is his latest novel.

After a thirty-year career in private equity and corporate finance in London, Martin moved to the west coast of Canada, where he writes full-time. He held corporate finance partner positions at both KPMG and Ernst & Young as well as senior roles at several private equity firms before founding his own private equity company in 2001. Much of the tension in his thrillers is based on the greed and fear he witnessed first-hand while working in international finance.

Ariadne by Jennifer Saint is a stunning piece of art, both inside and out.
I finished this blisteringly good read in a single day, and I bet you will too if you pick up The Wild Girls by Phoebe Morgan.
Love the vibrant colour of the Mindful Chef Dragonfruit Smoothie I had for my morning snack. It goes particularly well with the cover of the book I am reviewing today on the blog.
Nice work if you can get it! #sunshine #goodbook #lazyafternoon #amreading #bookstagram #bookblog #bookblogger #bookbloggeruk #booklover #amreading #amreadingcrimefiction #alittlebookproblem
I’m so thrilled with my monthly Orenda subscription parcel received from Bert’s Books today. Not only do I have a beautifully beribboned copy of The Source by Sarah Sultoon with a personal note from Bert about the book, and bookmarks, as usual. This month I also have a letter about the book from the author, which is fabulous, and a tasty snack to eat while reading. This is definitely a subscription any book lover should consider.
If you are wondering what links a shopping trolley, Metallica, a large key, the flag of Romania and the constant quest for 20p pieces, you’ll want to pick up a copy of The Dig Street Festival by Chris Walsh.