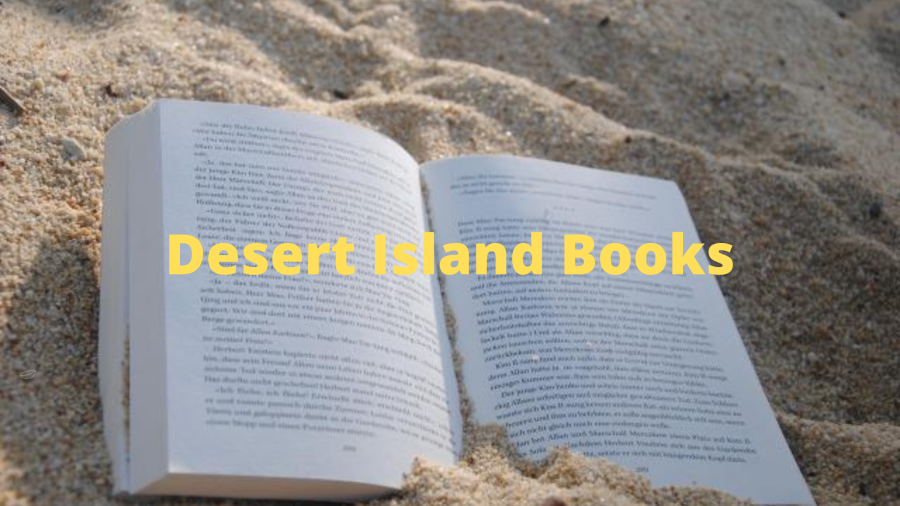 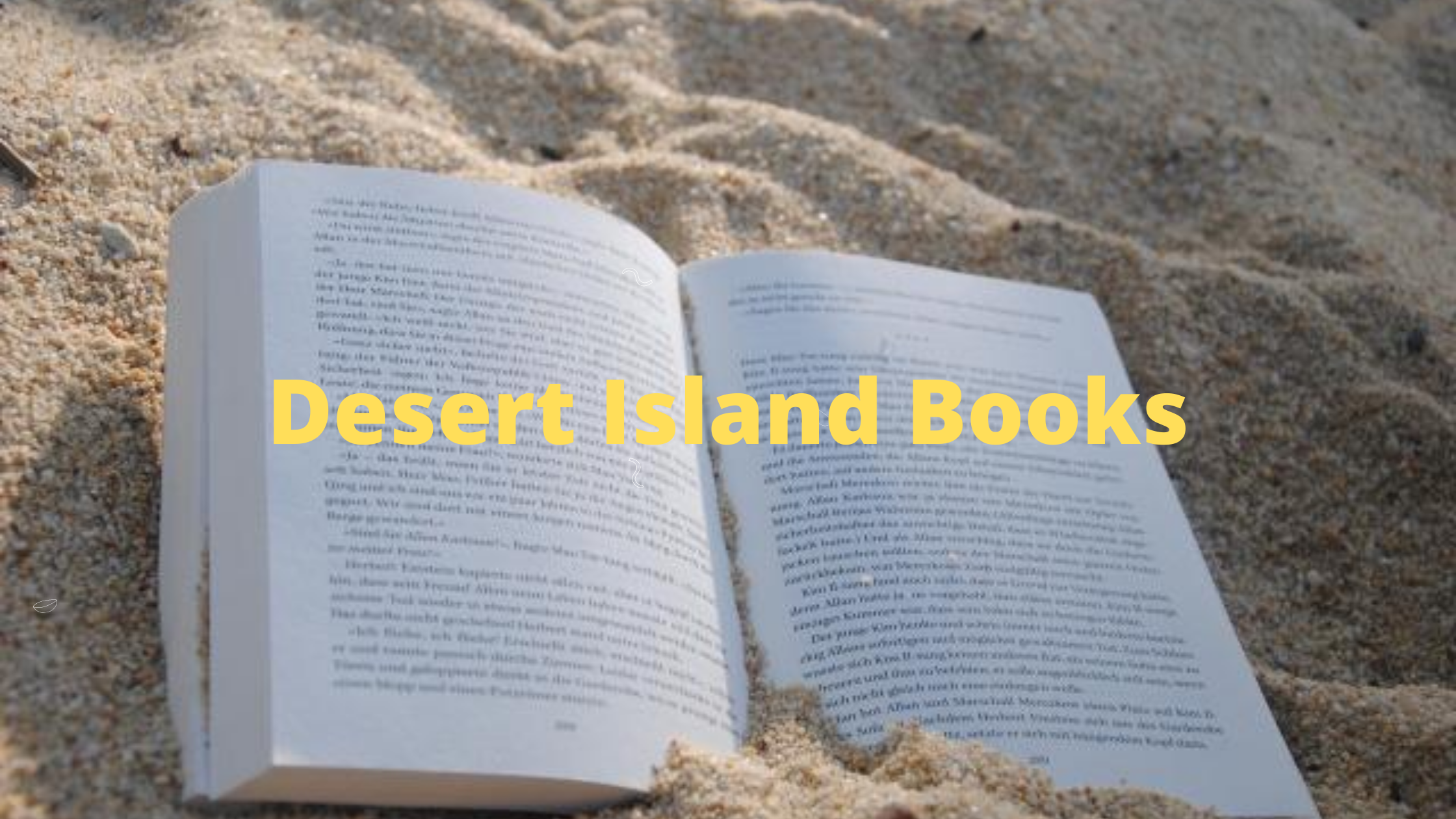 This week’s Desert Island Books have been chosen by author Michelle Kidd. Let’s see what she has picked to take to keep her company in her isolation, shall we? 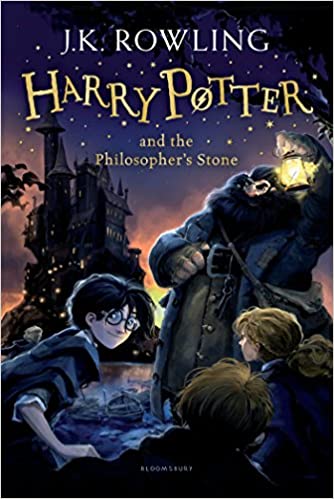 Harry Potter has never even heard of Hogwarts when the letters start dropping on the doormat at number four, Privet Drive. Addressed in green ink on yellowish parchment with a purple seal, they are swiftly confiscated by his grisly aunt and uncle. Then, on Harry’s eleventh birthday, a great beetle-eyed giant of a man called Rubeus Hagrid bursts in with some astonishing news: Harry Potter is a wizard, and he has a place at Hogwarts School of Witchcraft and Wizardry. The magic starts here!

It’s almost impossible to choose just one Harry Potter book!  I love each and every one, but I guess the sensible thing is to choose the very first, as that is where it all started! When they first came out, I always believed that the Harry Potter books were for children – but how wrong could I be! They may start out as children’s books, but with each and every new book I think they mature and grow into something completely different, something that manages to transcend all ages. JK Rowling’s ability to set a scene and create characters is impeccable. Characters, for me, make or break a book, and she creates such vivid characters that you cannot help but feel as though you transported into each scene and see it first-hand. Every so often I have a Harry Potter binge and read them all from start to finish. 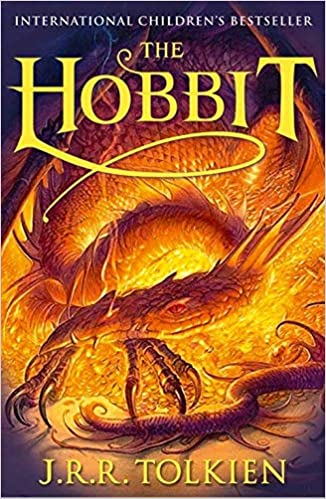 Bilbo Baggins enjoys a quiet and contented life, with no desire to travel far from the comforts of home; then one day the wizard Gandalf and a band of dwarves arrive unexpectedly and enlist his services – as a burglar – on a dangerous expedition to raid the treasure-hoard of Smaug the dragon. Bilbo’s life is never to be the same again.

I was probably about twelve when I first read The Hobbit. It remains one of my favourite all-time ‘go to’ books – I have lost count of the number of times I have read it, but each time always feels like the first time. I remember that, as a child, I bought myself a set of limited edition hardbacks of The Hobbit and The Lord of the Rings with my pocket money, and they still take pride of place on my bookshelf today. Although I love the whole set, The Hobbit remains my favourite as this is where I was first introduced to the notion of a Hobbit. And second breakfasts. The descriptions Tolkien manages to convey into The Hobbit, and the magical and mythical creatures he creates, for me mark this book out as a masterpiece. 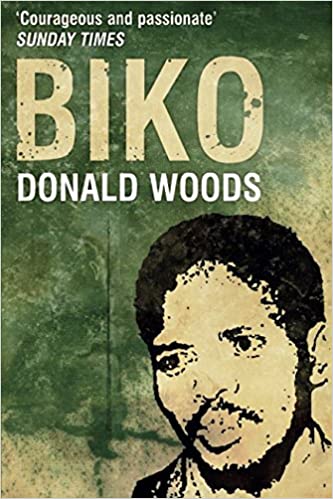 Steve Biko was a natural target for the South African authorities. On 13 August 1977, Steve Biko was arrested, interrogated and beaten. On 12 September he was dead. Editor of a leading anti-apartheid paper, Donald Woods was a friend of Steve Biko and went into exile in order to write his testimony about the life and work of a remarkable man.

As a teenager I read a lot about the anti-apartheid movement in South Africa and became totally obsessed with books and films on the subject. I even bought myself an ANC badge and wore it with pride! I was lucky enough to see Nelson Mandela in the flesh when he attended the concert in his name at Wembley after being released from prison in 1990.  For many reasons, BIKO is a book that has always remained with me from the minute I read it. It formed the basis for the Oscar nominated film ‘Cry Freedom’ starring Denzil Washington (one of my all-time favourite films!) and tells the true story of Steve Biko, founder of the Black Consciousness Movement. It is a highly emotive book; as thought-provoking now as it was when I first read it in the 1980s. The research and detail that went into this book is astounding. The content is, at times, upsetting – and pulls no punches in detailing how cruel human beings can be towards each other. 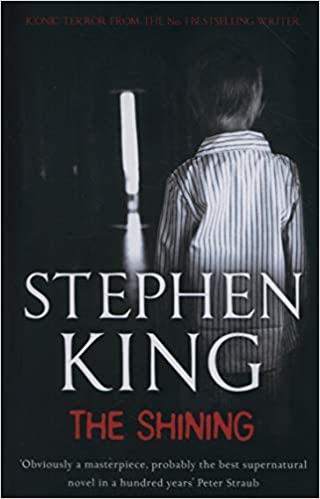 Danny is only five years old, but in the words of old Mr Hallorann he is a ‘shiner’, aglow with psychic voltage. When his father becomes caretaker of the Overlook Hotel, Danny’s visions grow out of control.

As winter closes in and blizzards cut them off, the hotel seems to develop a life of its own. It is meant to be empty. So who is the lady in Room 217 and who are the masked guests going up and down in the elevator? And why do the hedges shaped like animals seem so alive?

Somewhere, somehow, there is an evil force in the hotel – and that, too, is beginning to shine . . .

I was a voracious reader from a very early age, and I basically grew up reading Stephen King’s books. The man is such a phenomenal author and classic storyteller, it is hard to choose just the one book – but I think The Shining has to be one of his very best. The book is chilling to read and still gets my heart pumping even after all this time. I read it as a teenager, long before I watched the film, and I still feel that it is the pinnacle of a classic horror book. You don’t get much more frightening than the goings on at the Overlook Hotel!

Book Five – Murder at the Farm by Paul Foot 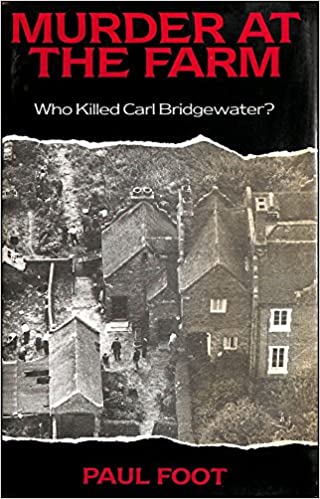 A revised edition of an investigation into the murder of schoolboy Carl Bridgewater in 1978, updated to include coverage of the release in February of the three men accused of his murder (a fourth one also wrongly convicted died in prison). Foot questions why the men remained in prison for so long, and asks who did kill Carl Bridgewater.

Another one of my obsessions is true crime and miscarriage of justice books. As a former defence lawyer, I find them fascinating and upsetting in equal measures. This book tells the story of the wrongful conviction of four men for the killing of Carl Bridgewater. It took seventeen years to clear their names. This book is incredibly detailed, analysing all the facts and evidence, enabling the reader to see where the grave mistakes were made. This book is a favourite of mine because of the way Paul Foot shows how the mistakes and inadequacies in the way crimes were investigated back in the 1970s led to such a devastating miscarriage of justice, and then just how hard it is to turn the scales of justice back in your favour. A thought-provoking read.

It would have to be my tabby cat, Livi! (Assuming animals are allowed!) Livi came to live with us in November 2015 from our local stray cat rescue centre. She was only seven months old at the time. After a cautious and anxious start, she has now firmly stamped her authority on the house as her territory, and sleeps on my bed nestled up against my legs. I’m not sure I would be able to sleep on the desert island if I couldn’t feel her pressed up against me! She may well decide that the sandy beach is just one large litter tray, but she might make up for it by being an expert hunter! 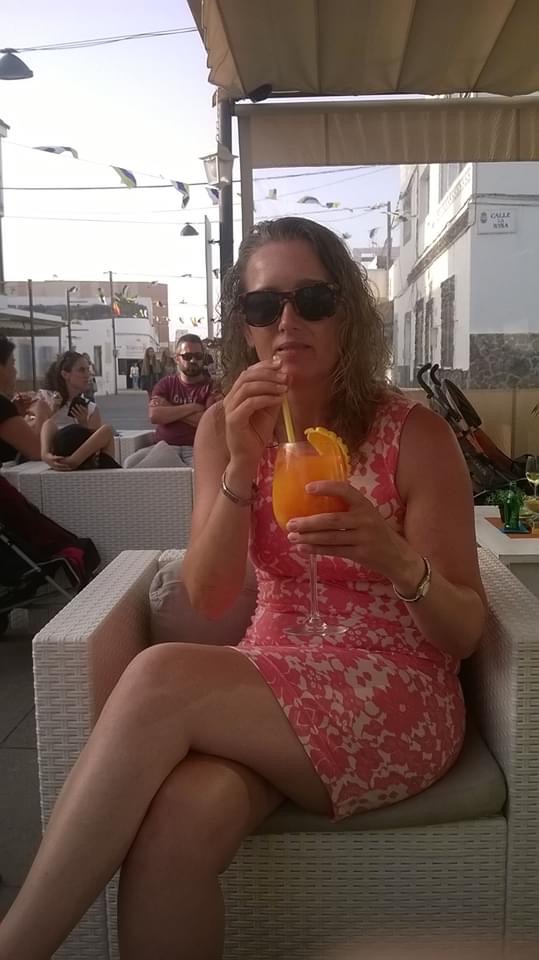 Michelle Kidd is a self-published author known for the Detective Inspector Jack MacIntosh series of novels.

Michelle qualified as a lawyer in the early 1990s and spent the best part of ten years practising civil and criminal litigation.

But the dream to write books was never far from her mind and in 2008 she began writing the manuscript that would become the first DI Jack MacIntosh novel – The Phoenix Project. The book took eighteen months to write, but spent the next eight years gathering dust underneath the bed.

In 2018 Michelle self-published The Phoenix Project and has not looked back since. There are currently three DI Jack MacIntosh novels, with a fourth in progress.

Michelle works full time for the NHS and lives in Bury St Edmunds, Suffolk. She enjoys reading, wine and cats – not necessarily in that order 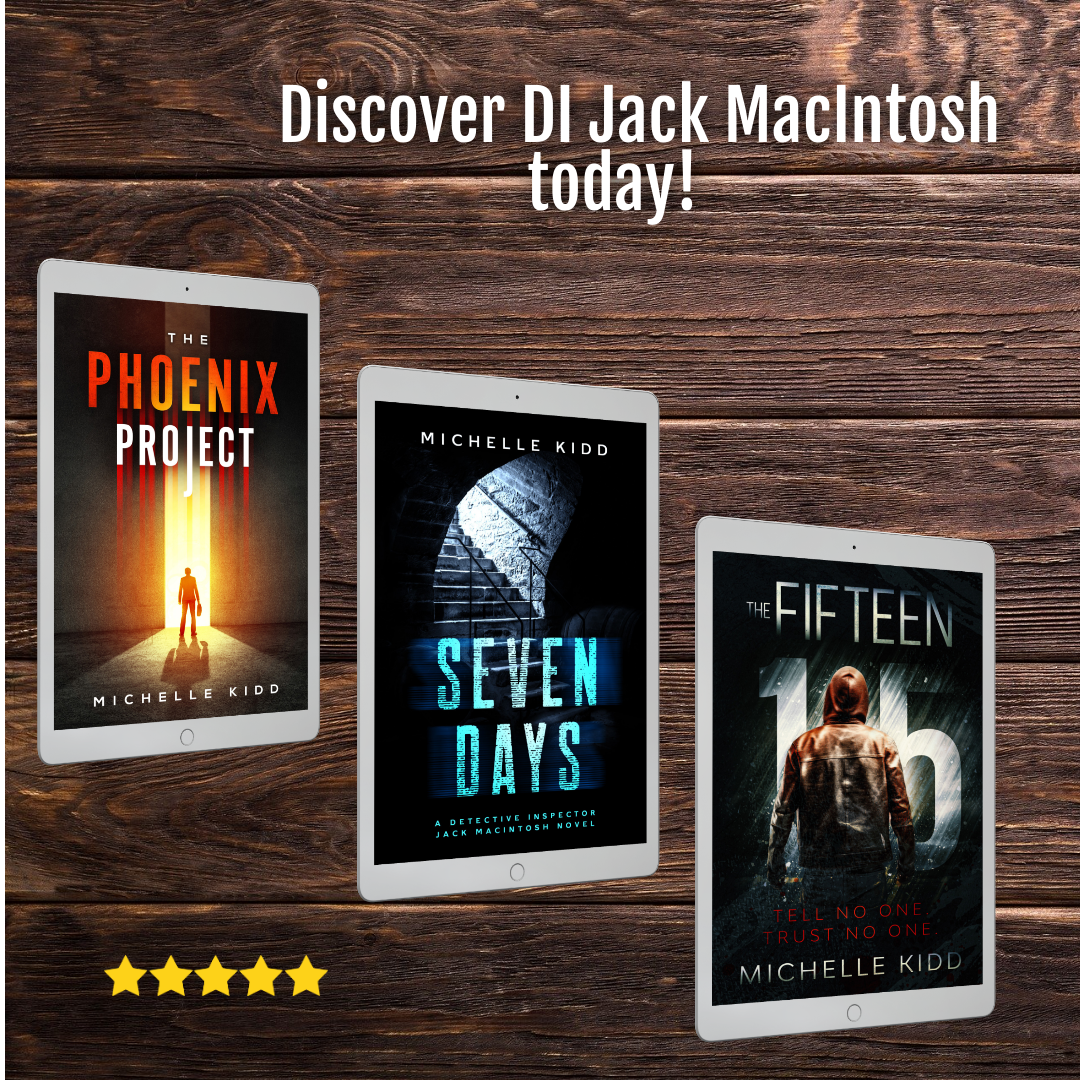 Michelle’s latest book is The Fifteen, the third book in the DI Jack MacIntosh series and you can buy a copy here. 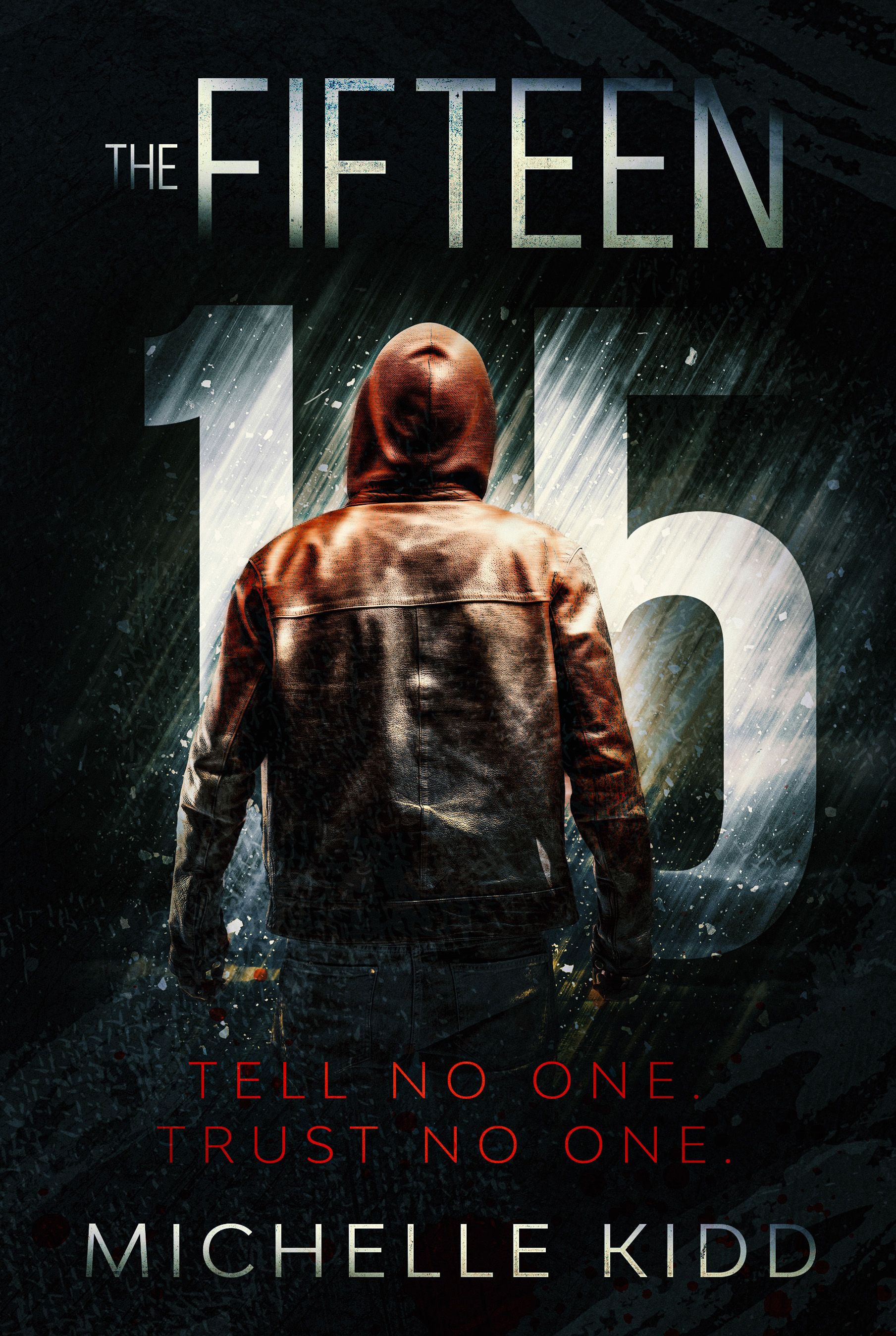 When the past finally catches up with you, is it murder? Or justice?

When a bedbound, defenceless man is found dead in his London nursing home, nobody saw his killer. But the killer left their mark.

Detective Inspector Jack Macintosh soon discovers that this was no random killing; this one was personal.

And it was just the beginning.

As the case unfolds, Jack is forced to think the unthinkable as the evidence begins to point disturbingly close to home.

Revenge – how long would you wait?