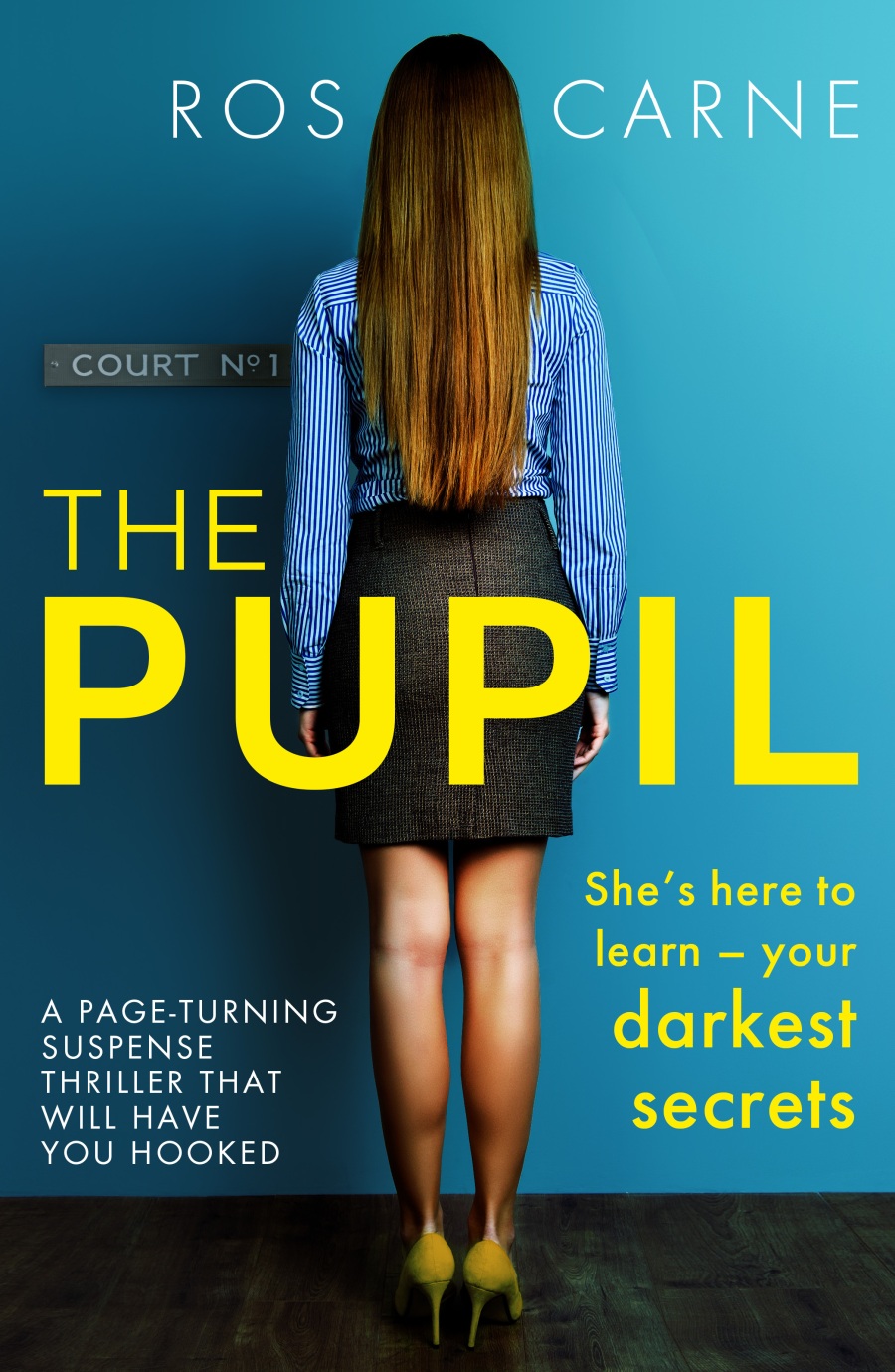 She wants to learn everything – about you.

Mel has practised law for twenty years. She is well-regarded by her peers. Her clients are happy. But behind the scenes her life is disordered. Her son grows increasingly distant from her. The married man she is sleeping with fails to give her what she needs.

When a trainee lawyer is allocated to Mel it is poor timing. The last thing she wants is a pupil watching her every move. And Natasha does watch. She sees each detail – and every mistake. Mel cannot shake the feeling that Natasha isn’t just learning the job. She is learning Mel.

Natasha is good at getting what she wants, and now Mel has the power to give her all she desires. But when Mel chooses not to, Natasha knows just what Mel’s vulnerabilities are – and how to turn them against her. Mel’s secrets could ruin her. But who will be believed?

I am delighted to be taking my turn on the blog tour today for The Pupil by Ros Carne. My thanks to Emma Welton at damp pebbles blog tours for inviting me to take part, and to the publisher for my digital copy of the book, which I have reviewed honestly and impartially.

I love any book set in the legal world, so I was really looking forward to this and it did not disappoint. There was a great mix of detail about legal matters, and the personal stories of the two protagonists, Mel and Natasha, to give me everything I was looking for.

The story is told in the alternating voices of the two women, although slightly more weight is given to Mel’s voice, and it seems like we are supposed to sympathise more with her predicament than Natasha’s, but not everything is that straight forward, which makes for a gripping story. Although Natasha seems to be manipulative and a schemer, Mel is not a saint herself, as we soon find out.

Mel has a messy life, which I am sure many of us can relate to, trying to juggle a demanding job with relationships and motherhood, especially of a son in those difficult, mid-teen years where they are the cusp of adulthood but not quite there yet. On top of this, she is given charge of a pupil to teach, an added strain she doesn’t want or need, particularly when there is a personality clash.

I could feel the strain taking its toll on Mel throughout the book, and the author also develops Natasha as a menacing and noxious presence in Mel’s life. At the same time, Natasha has her own history and problems that have shaped her behaviour so, despite everything, I did manage to retain a small shred of sympathy for her. This clever balancing of light and shade in each character means that the readers feelings swing from side to side along with the plot and, like a jury, the verdict is out until the end of the book.

I enjoyed the final ‘showdown’ very much and, for me, the ending worked really well, although I think there may be some who would wish that it had ended differently and more dramatically. However, this seemed to be a more honest and likely ending than one that was engineered just for effect. All in all, I was very satisfied with this read and the way it all came out. Interesting premise and characters and enough tension and exciting events to keep the reader interested throughout. Highly recommended.

The Pupil is out now as an ebook and will be published in paperback on 13 August, and you can get your copy here.

Make sure to check out the rest of the fantastic blogs taking part in the tour:

Ros Carne was born in London, and following university she worked in magazine and newspaper journalism including as a theatre critic on the Guardian. She later retrained as a barrister, practising for 13 years before moving to a university teaching job. She has two adult sons and enjoys playing the violin. Ros now lives in Somerset where she writes full time.

One thought on “Blog Tour: The Pupil by Ros Carne #BookReview”

Oh, bookstagram! It’s been so long since I posted, and how I’ve missed you! Did you miss me?
Theatre time! It’s been way too long.
I’ve been waiting eagerly for my monthly Orenda subscription parcel from Bert’s Books to arrive, with fingers crossed that it was going to be a copy of a certain book.
First day of the school holidays & I’ve just dropped eldest at her friend’s house so they can hang out, whilst youngest asked to be brought to Waterstones. She’s bought four manga books, I’ve picked up my latest pre-order and now we are having tea & cake. She is so my child!
Too pretty to drink?
The Irishman and I are having a sneaky night away in a hotel that I am sure is familiar to a lot of book lovers. Name the city!