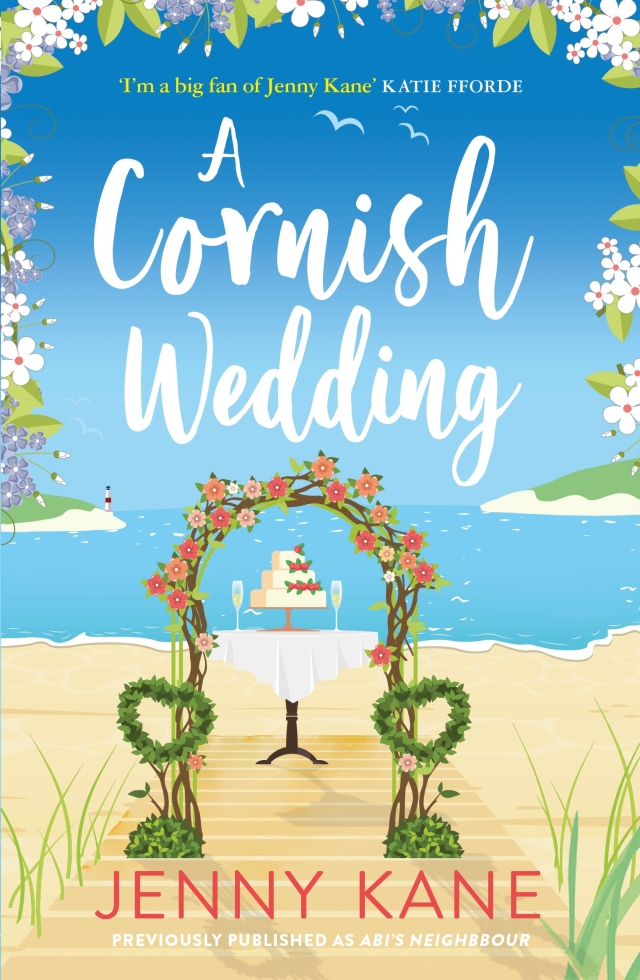 Abi has what she’s always dreamed of: her perfect Cornish cottage, great friends and a gorgeous boyfriend. But her idyll is shattered when a new neighbour moves in next door.

Rude and obnoxious, Cassandra doesn’t make a good first impression on Abi. But with the unexpected wedding of one of Abi’s friends to prepare for, Abi has bigger things to worry about.

However, avoiding her new neighbour proves harder than expected and Abi and Cassandra soon realise they might have more in common than they first thought. . .

But with the wedding only weeks away, can they set aside their differences before the big day?

I’m very happy to be taking part in the blog tour today for A Cornish Wedding by Jenny Kane. Huge thanks to the author for asking me to take part and for providing me with this fabulous guest post to share with you.

When I initially had the idea to write a story about a young woman poised to escape a suffocating life amongst Surrey’s city wife set, I needed somewhere welcoming and friendly to send her to. The answer was obvious. I had to send my escapee to Cornwall.

More specifically, I had to send the young woman, who was to become Abi, to the Penwith region of Cornwall. This includes Penzance, Lands End, and a multitude of villages and towns in between; including St Just, St Buryan, Sennen and Sennen Cove.

My father was born and raised in Penzance. I spent every summer holiday there as a child. Consequently, I know the area very well.

There is something special about the memories which we acquire in our childhoods. For me those memories involve over vinegar-ed fish and chips, ice creams on Marazion beach, sitting on the harbour edge in Sennen watching the lifeboat go out, seeing the Salonian Ferry head from Penzance to the Scilly Isles each morning, and listening to the crash of the waves over the boulders that make up the Battery Rocks in Penzance.

All of these recollections helped to form the background to Abi Carter’s new life. However, it is one specific memory that decided me on the exact setting for Abi’s adventures.

When I was eight years old I was walking up a hill with my parents and brother, through some of the cottages in the village of Sennen. We passed a row of stone built (former) tin miner’s cottages, and I immediately fell in love with the house on the very end of the terrace.

It was a built of light grey stones, its roof was a traditional slate blue. There was a small square front garden, complete with a low white wooden fence. The front door was painted red, and a pair of small wellington boots sat next to it. I couldn’t see into the walled garden at the back, but in my mind it held a green house, a shed, and lots of benches in which to sit in the sunshine. There would be dog- a Labrador – and rows and rows of flowers and vegetables growing neatly side by side.

It was this house that became the house that the young Abi Carter- also at the age of eight – dreamed of owning one day. Now, in her late twenties, that dream has come true.

Sennen and Sennen Cove, with its mile of fine sand beach, traditional pubs, (including the Old Success which is a favourite of the characters in both novels), harbour, art galleries, cafes, and bucket and spade shops, is as much a star of A Cornish Wedding as the human characters.

Max Pendale, Abi’s boyfriend, is an amateur expert on the Penwith area. Fond of general knowledge and local legends, there is very little Max can’t tell you about Sennen, Land’s End and the nearby Gwenver beach in particular.

If you want to know how Cornish cream teas came into being, or who the Zennor Mermaid was, then you’d better read A Cornish Wedding. Max will be very happy to enlighten you- providing you but him a pint of St Austell Brewery’s Tribute first!

Here’s a short extract from the novel…

Abi felt an atmosphere of unspoken words fill the air between herself and Max.

‘Do you know the story of the Zennor Mermaid?’

Suspecting that Max could feel the slight tension too, and wanted to deflect the situation, Abi stared at medieval church to their left. ‘Only that there is a legend about a mermaid, I don’t actually know the tale. Are you going to tell me one of your local stories?’

Slipping on Sadie’s lead, and taking Abi’s hand, Max began to take them past the quintessentially Cornish cottages. ‘Once upon a time, many years ago, a mysterious beautiful lady occasionally attended the church behind us. Nobody knew who this richly dressed woman was, but her stunning appearance and her heartbreakingly lovely voice made her the focus of much village gossip and speculation.

‘As you can imagine, a woman who – if it’s possible – was even more gorgeous than you had no shortage of men trying to court her.’

Abi was immediately thankful that Max always knew how to break an awkward atmosphere. ‘Even more lovely than me? Fancy that!’

‘Don’t get cocky, woman, especially when we have the breathtakingly lovely Sadie with us!’

Poking Max playfully in the ribs, Abi said, ‘Go on, what happened next?’

‘Well, one of the local young men, a handsome fella called Mathew Trewella –’

Max rolled his eyes at Abi as he carried on, ‘With the best singing voice in the village…’

Looking at the retriever, Max said, ‘Sadie, lass, shall I tell you the story instead?’

Abi laughed. ‘OK, I’ll be good. What did this devastatingly handsome singing guy do?’

If you have been enticed by this taster to want to read A Cornish Wedding, you can buy a copy here.

Make sure you visit the rest of the blogs taking part in the tour for reviews of the book and other great content: 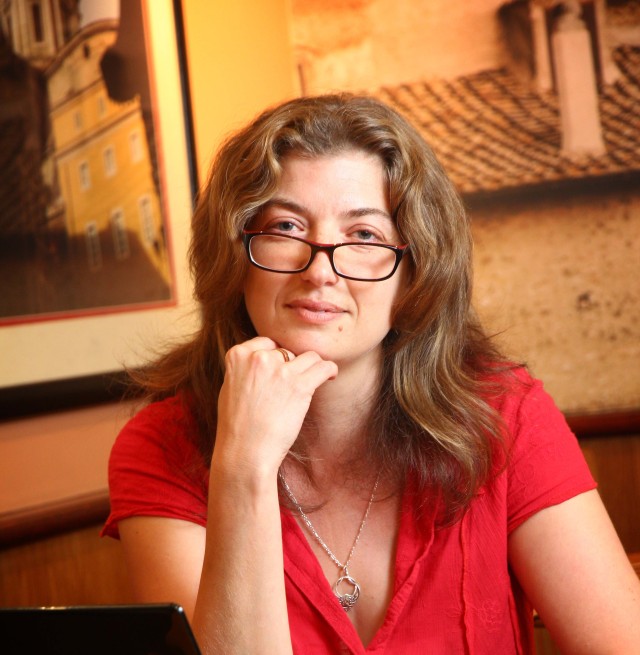 From the comfort of her cafe corner in Mid Devon, award winning author, Jenny Kane, wrote the contemporary women’s fiction and romance novels, A Cornish Escape,  A Cornish Wedding, Romancing Robin Hood,  Another Glass of Champagne, and Another Cup of Coffee.

She has also written 3 novella length sequels to her Another Cup of…..books:  Another Cup of Christmas, Christmas in the Cotswolds, and Christmas at the Castle . These three seasonal specials are now available in one boxed set entitled Jenny Kane’s Christmas Collection.

Jenny is also the author of quirky children’s picture books There’s a Cow in the Flat and Ben’s Biscuit Tin.

The Waterford Boy, Mathilda’s Legacy, The Baron’s Daughter and The Meeting Place were released by Spiteful Puppet in 2017/2018/2019.

Jenny Kane is the writer in residence for Tiverton Costa in Devon. She also co-runs the creative writing business, Imagine. Jenny teaches a wide range of creative writing workshops including her popular ‘Novel in a Year’ course. (www.imaginecreativewriting.co.uk)