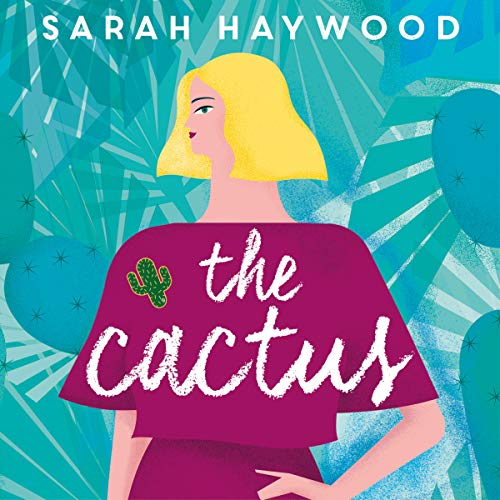 It’s never too late to bloom.

People aren’t sure what to make of Susan Green – family and colleagues find her prickly and hard to understand, but Susan makes perfect sense to herself, and that’s all she needs. At 45, she thinks her life is perfect, as long as she avoids her feckless brother, Edward – a safe distance away in Birmingham. She has a London flat which is ideal for one, a job that suits her passion for logic, and a personal arrangement providing cultural and other more intimate benefits.

Yet suddenly faced with the loss of her mother and, implausibly, with the possibility of becoming a mother herself, Susan’s greatest fear is being realised: she is losing control. When she discovers that her mother’s will inexplicably favours her brother, Susan sets out to prove that Edward and his equally feckless friend Rob somehow coerced this dubious outcome. But when problems closer to home become increasingly hard to ignore, she finds help in the most unlikely of places.

I’m not sure why it has taken me so long to get round to reviewing this book, I listening to it ages ago. I think maybe I have been afraid that I wouldn’t do the book justice, I loved it so much.

This book is the story of a very unusual woman, and her character is so perfectly formed and then tested by the author that I defy anyone not to be entranced by the story. Susan is a woman whose life is perfectly ordered. She knows exactly who she is, what she is doing, how she wants things to be, and she has it all arranged perfectly, from her flat, to her job, to her relationship of convenience with Richard, who seems to think exactly as she does. Which is a miracle, because nobody sees the world exactly as Susan does. The best thing about her, for me, is her absolute belief that she is always right, her way of approaching things is obviously correct and pretty much everyone else in the world is an idiot that needs to be tolerated at best. Her disdain for most of humanity as irredeemably stupid drips off the page and it is delightful.

You might think a woman like this would be hard to relate to as a character, but it isn’t so. I think because the author sets her up so early on with problems that we, the reader, can see are going to force her to adjust her view, because when we meet her family we can possibly understand that a great deal of her spiky ways have developed as armour against the tribulations of her early life and her dysfunctional family, and because other characters who are more likeable in the book see her as a redeemable character, so we do too. The writing is so clever in this regard, I have to tip my hat to the author.

This book is incredibly warm and funny. The situation that Sarah puts Susan in, finding herself pregnant in her forties, would be ripe for comedy in any situation but, given how ordered and uptight Susan is, the chaos of pregnancy and childbirth is magnified tenfold. There were parts of the book that had me absolutely howling with laughter. The part where she and Richard meet to discuss how they are going to handle the parenting of this unexpected child was delightful in its naivety for anyone who has children. Then the incident with the Bananagrams towards the end of the book made me laugh so hard I had tears in my eyes. I read someone else’s review of this book that claimed it was not as funny as Eleanor Oliphant is Completely Fine, I would beg to differ, I found this much funnier.

As I have now brought up Eleanor Oliphant, I want to say that anyone who loved that book will really enjoy this one. It is a similar social misfit tale, but a completely different story. Sarah obviously has so much love for the character of Susan, it shines from the page and makes the reader fall in love with her too. I listened to this book as an audiobook in the end, even though I originally got the book via NetGalley, but when I had finished it, I immediately went and bought a hardback copy for my shelves because I know I will want to return to it again and again.

I just wanted to say a word about the audio version of this book. I think listening to it via audio gave Susan a really strong voice for me. She is from the West Midlands, and the narrator has the accent down perfectly throughout. I am not sure about you but, when I read text, even if the author places the cast in a particular location, I never read with an accent in my head. Listening to someone read with the accent really cemented Susan as alive and kicking for me, and her tone and pacing was also perfect for the character. I think this is one of those stories where the audio really enhances the story and I would highly recommend it (although it did take me several days to get the Birmingham accent out of my head after finishing the book!). The narrator was perfect and I don’t have high enough praise for her performance, as the narration makes or breaks an audiobook.

The Cactus is already on the shortlist for being one of my Top Ten books of the year. I cannot express how much I adored it. It is no surprise to me that it was chosen by Reese Witherspoon for her book club and everyone who hasn’t read it should get a copy now. It is the perfect antidote to the dark days we are currently living through and you could do a lot worse that share your isolation with Susan Green.

The Cactus is out now in all formats and you can get yourself a copy here.

Sarah Haywood was born in Birmingham. After studying Law, she worked in London and Birkenhead as a solicitor, in Toxteth as an advice worker, and in Manchester as an investigator of complaints about lawyers. She has an MA in Creative Writing from Manchester Metropolitan University and lives in Liverpool with her husband, two sons and two ginger cats.

I love my library at home but the Long Room at Trinity College takes my breath away every time.
Snowing at bit in Alrewas!
This is the way to do Christmas shopping. Buy everything in Waterstones to get triple points then finish up with Prosecco
I’m not being very quick with this photographing of my recent book post titles am I! Life keeps getting in the way at the moment.
I think this is my favourite time of day in the autumn. The sun is sinking and just gilding objects on the horizon.
I was lucky enough to be approached by Bella Cassidy & asked if I would review her latest book, Shoot the Moon. When I agreed, she sent me a paperback copy, along with some bath salts promising ‘peace and serenity,’ now who doesn’t need a good dose of that at the moment!