A lot of people will find themselves at virtual bars tonight, but I’ve been doing it since before it was cool, and I’m delighted to be joined for socially-distanced drinks tonight by author…..Catherine Kullmann. 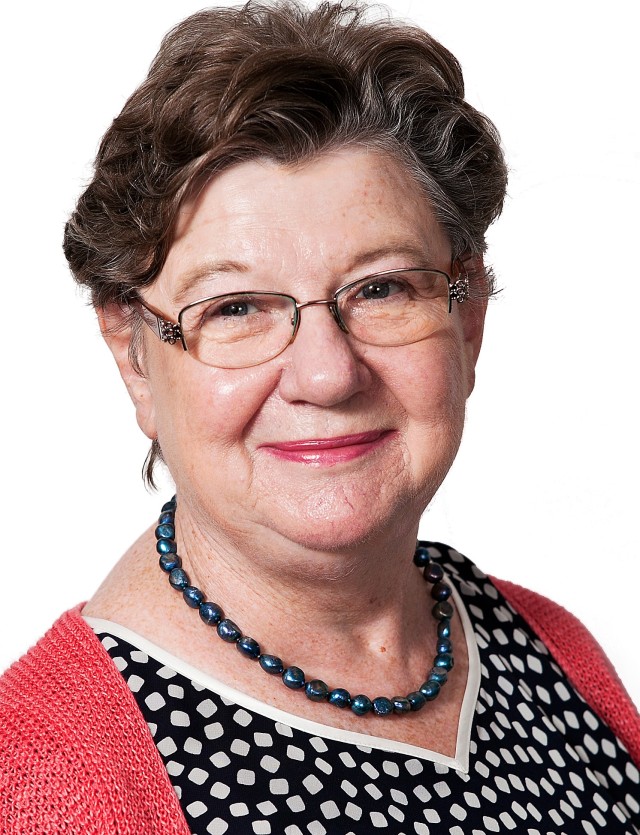 Catherine, I hope you are keeping well. Thank you for joining me for drinks this evening. First things first, what are you drinking?

Thank you for the invitation. I’ll have a Bronx, please. It’s a version of a dry martini with fresh orange juice added. I came across it in one of Georgette Heyer’s 1930s detective stories and had to try it. Delicious but insidious.

Shelbourne Social in Dublin. This restaurant has a lovely cocktail bar so we can start there, move downstairs for dinner and then go back upstairs for a digestif or two. 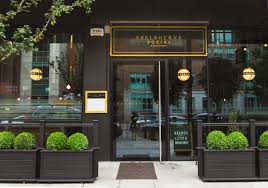 Georgette Heyer—she is said to have been very reserved, but, judging by her books, she had a great sense of humour and I would love to talk to her about the Regency. My male guest must be Thomas Creevey MP whose entertaining letters give a real insight into the Regency period and beyond, right up to the ascension to the throne of Queen Victoria. And, if you allow me a married couple as well, I would love to chat to Sir Harry Smith and his wife Juana de los Dolores de León. Their true love story is one of the best Regency romances ever and inspired Georgette Heyer’s The Spanish Bride. 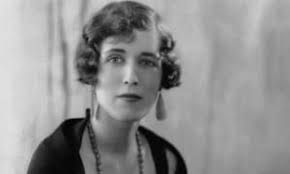 So, now we’re settled, tell me what you are up to at the moment. What have you got going on? How and why did you start it and where do you want it to go?

My new book, The Potential for Love, will be released next week, on Wednesday 25 March. Set in 1816, it continues the Waterloo arc of my previous novels, this time looking at what happens after the end of the Napoleonic wars. The heroine, Arabella Malvin, is mourning the loss of her brother at Waterloo while the hero, Major Thomas Ferraunt returns to England from occupied Paris after six years in the Peninsula with the army. 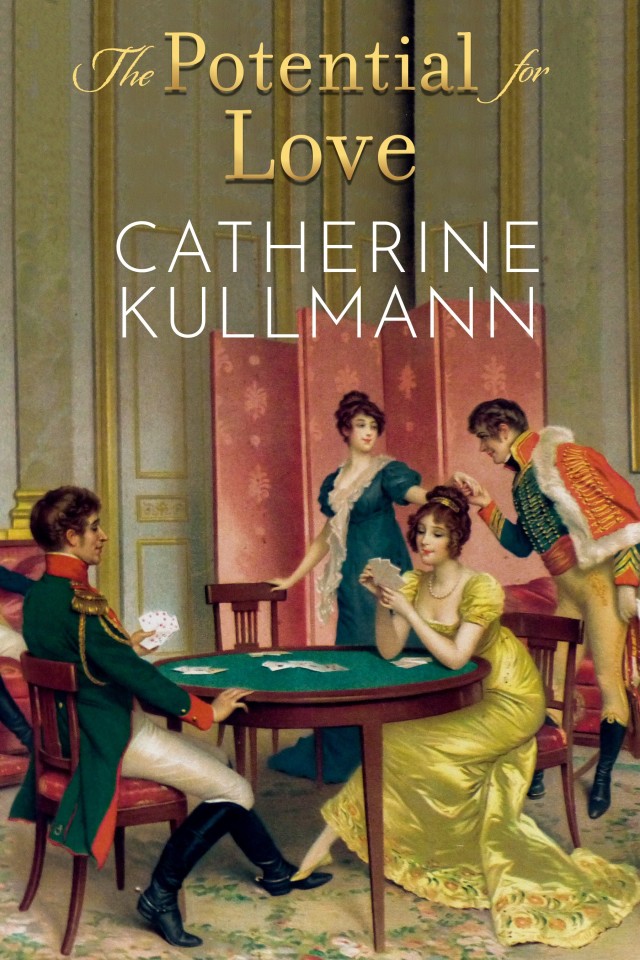 The day after my first book, The Murmur of Masks, was released, a reader in Sylvania, Georgia posted it on Goodreads with a four star rating. I was suddenly out there as a real author.

The biggest challenge is to find time for writing, marketing, promotion etc. etc.

What is the one big thing you’d like to achieve in your chosen arena? Be as ambitious as you like, it’s just us talking after all!

As it’s just us—I think my Duchess of Gracechurch trilogy would make a fantastic television series. Set from 1803 to 1816, three interlinked novels celebrate family, friendship and love in all its guises, with some wonderful scenes at Watier’s Masquerade in 1814 and Brussels and Waterloo, not to mention a duel, three major and two minor love stories, and beautiful Regency costumes.

I am working on the last book in the Waterloo arc. It takes place six years later. The heroine lost her fiancée at Waterloo and has had no interest in love or marriage since. But then she is made an unexpected offer and must decide does she want to remain in the shallows for the rest of her life or risk deep water again.

My late husband and I travelled a lot and it is very hard to say which was my favourite place. Greece is my favourite country, I think. We travelled extensively there and there is so much to see and do.

At this stage in my life, I am more interested in revisiting places than discovering new ones. First on my list is Sorrento in Italy. 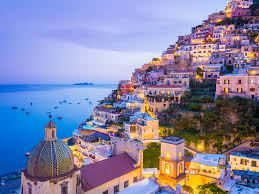 I love to plan—it is my coping mechanism—but have no problem ditching one plan and developing another.

I cannot imagine a life or a house without books. The Beacon at Alexandria by Gillian Bradshaw is one of my absolute favourites. Set in the fourth century AD, it is the story of an upper-class Roman girl who runs away from home and disguises herself as a eunuch so that she can train as a doctor in Alexandria. Charis is an intriguing character and the book gives wonderful insights into the late Roman Empire, the development of Christianity and the beginning of the rise of the Goths and Huns. And there is a hero to die for. 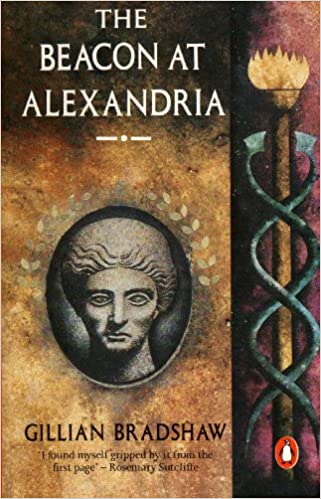 In the first century Roman Empire, Charis, a young woman determined to become a doctor, flees from an arranged marriage, and, disguised as a eunuch, journeys to Alexandria to continue her studies

So, we’ve been drinking all evening. What is your failsafe plan to avoid a hangover and your go-to cure if you do end up with one?

Pace yourself and drink water or tea in between and get some sleep. If I do get a hangover, first paracetamol, then tea, toast and marmalade, and finally a walk in the sea air.

As you would all be visitors to Dublin, I would love to show you my city on Saturday, with your choice of concert, theatre or an Irish music session in the pub in the evening. If there is time on Sunday before you go to the airport, we could have a walk followed by lunch in the little fishing village of Howth to the north of Dublin.

Catherine, that sounds perfect. Thank you for joining me, it has been  pleasure toccata with you and good luck for the new book.

Catherine’s new book, The Potential for Love, is out next week and you can buy a copy here.

When Arabella Malvin sees the figure of an officer silhouetted against the sun, for one interminable moment she thinks he is her brother, against all odds home from Waterloo. But it is Major Thomas Ferraunt, the rector’s son, newly returned from occupied Paris who stands in front of her.

For over six years, Thomas’s thoughts have been of war. Now he must ask himself what his place is in this new world and what he wants from it. More and more, his thoughts turn to Miss Malvin, but would Lord Malvin agree to such a mismatch for his daughter, especially when she is being courted by Lord Henry Danlow?

As Arabella embarks on her fourth Season, she finds herself more in demand than ever before. But she is tired of the life of a debutante, waiting in the wings for her real life to begin. She is ready to marry. But which of her suitors has the potential for love and who will agree to the type of marriage she wants?

As she struggles to make her choice, she is faced with danger from an unexpected quarter while Thomas is stunned by a new challenge. Will these events bring them together or drive them apart?

Catherine Kullmann was born and educated in Dublin. Following a three-year courtship conducted mostly by letter, she moved to Germany where she lived for twenty-five years before returning to Ireland. She has worked in the Irish and New Zealand public services and in the private sector.

Catherine has always been interested in the extended Regency period, a time when the foundations of our modern world were laid. Her books are set against a background of the offstage, Napoleonic wars and consider in particular the situation of women trapped in a patriarchal society. She also blogs about historical facts and trivia related to this era.

Next week, join me again for Friday Night Drinks with author, Karen King.