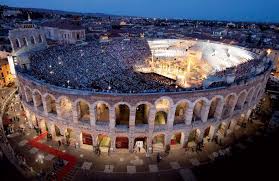 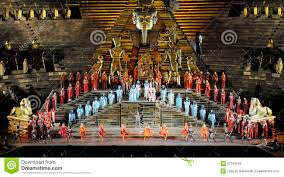 In the summer of 1992, my friend Lisa and I spent a month inter-railing around Europe, as lots of students do. We spent most of the first half of the month in Italy, travelling first to Milan, then on to Florence and Verona, Venice, Rome and Rimini. 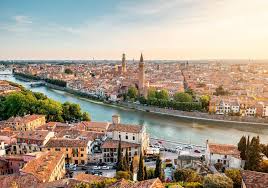 Many people will know that Verona is largely famous for two things, being the setting of Romeo and Juliet and for its first century Roman amphitheatre, the Arena di Verona. It is one of the best preserved structures of its kind and is still in use today, including for an internationally renowned opera festival held each summer.

Back in 1992, I was captivated by the idea of watching opera out in the open air in a Roman amphitheatre but the tickets were horrendously expensive for two students travelling on a budget, especially at the beginning of their trip, and Lisa put the kibosh on us attending a performance while we were there (rightly so). We did later get to see a performance of La Boheme at the Vienna State Opera house for a massive 50 pence each by standing in the gods, and it was marvellous, but my heart has yearned ever since to return to Verona and see an opera performance in that magnificent arena. It was my very first bucket list item. 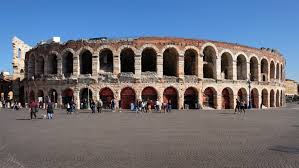 Fast forward twenty-eight years and my ambition has not diminished. But now, with a little more disposable income and a fiftieth birthday fast approaching, I am hoping that by dropping subtle (and no so subtle, ie basically spelling it out and telling my cousin to keep reminding him) hints to the Irishman that I would really LOVE to go to the opera in Verona for my big birthday trip, I will finally be able to tick this one off a mere thirty years after it became the start of my bucket list.

My fantasy of how this experience will go is quite specific. It will be a warm summer evening, I will be wearing a beautiful, floaty dress and pretty sandals. We will have been for a delicious meal in an authentic Italian trattoria, and the opera will be Verdi’s Aida. No other opera will do the trick, it has to be Aida. The thought of the Egyptian costumes and the dramatic scenery against that magnificent backdrop and the notes of the Triumphal March from Act II floating up into the dark sky makes me shiver down to my toes.

Now, if this dream-come-true visit to the opera in Verona happened to be followed up with a couple of days in Venice (when we weren’t staying in a youth hostel and it wasn’t raining) that would be the icing on the cake, but the opera is the important part. So now I’ve spelt it out. Niall, if you are reading this, no excuses. You’ve got two years to plan it and make the fantasy of a twenty-year-old impoverished student a reality.

Remember Vegas? Over to you. x