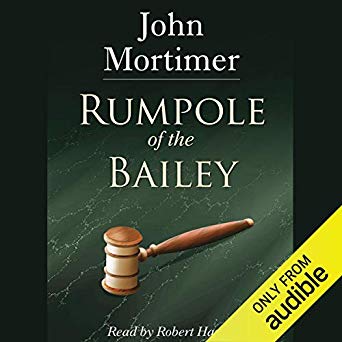 In these witty and comic stories, Horace Rumpole takes on a variety of clients and activities. He, of course, brings each case to a successful end, all the while quoting poetry and drinking claret.

This is the second book I have chosen for the 2020 Reading Challenge for my online book club, The Fiction Cafe Book Club. The second category for the challenge is ‘A book by an author who shares your initials.’ Hence, Julie Morris = John Mortimer.

It was Crown Court that started it. A lot of you won’t remember it, but those of a certain age may recall this TV show which ran during my childhood, to which I was completely addicted. In fact, I didn’t even realise that it was drama to begin with, I thought they were real criminal trials being shown on TV, and this was made me want to become a lawyer.

To begin with, I wanted to be a barrister, and this ambition led me in turn to the novels of a real-life barrister, John Mortimer, and his most famous character, Horace Rumpole.

I read all of the Rumpole books multiple times when I was younger, rabid as I was for tales of legal life. Of course, these books are not really representative of life as a barrister, and I ended up taking an entirely different route in my legal career, away from the Bar and criminal law to the non-contentious role as a corporate solicitor. I continue to love a legal-based book though, and discovered Caro Fraser’s Caper Court series, John Grisham and, more recently, the novels of Gillian McAllister and Peter Murphy. But Rumpole will always have a soft spot in my heart.

I haven’t revisited the books in a long time, although I still have my original copies, and they do feel somewhat dated now. The law and society have changed so much in the interim, and the writing may come across as rather un-PC when viewed through a modern lens. They are certainly books of their time, and Rumpole is no modern man by today’s standards. He could not get away with referring to his wife as ‘She Who Must Be Obeyed’ these days, thankfully.

However, if you read them of products of the time in which they were written, you can still see the appeal they had to a young, wannabe barrister. The writing is clever and fluid, Rumpole is a loveable rogue and defender of the underdog, wily but charming, a distinctive personality of a type which I doubt exists at the Bar any more. The books portray an era of legal practice long gone which, in some respects is to be mourned although in others society has improved. And the books are very funny (maybe only in some respects to lawyers. There were blank looks on my daughters’ faces as I laughed like a drain at the joke ‘Agent provocateur, you don’t get many of those in conveyancing.’) I still found much to enjoy in the book when I listened to it within its original frame of reference.

I really enjoyed my amble down youthful memory lane with this book. I won’t consign my old Rumpole books to the recycling bin just yet. I’m not sure I’ll be persuading my daughters to pick them up any time soon though.

Rumpole of the Bailey is available here. 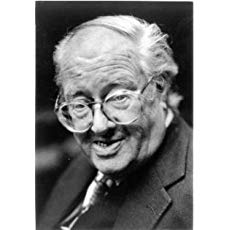 Sir John Mortimer was a playwright, novelist and former practising barrister. During the war he worked with the Crown Film Unit and published a number of novels, before turning to theatre. He wrote many film scripts, and plays both for radio and television, including A Voyage Round My Father, the Rumpole plays, which won him the British Academy Writer of the Year Award, and the adaptation of Evelyn Waugh’s Brideshead Revisited.

Mortimer wrote four volumes of autobiography, including Clinging to the Wreckage and Where There’s a Will (2003). His novels include the Leslie Titmuss trilogy, about the rise of an ambitious Tory MP: Paradise Postponed, Titmuss Regained and The Sound of Trumpets, and the acclaimed comic novel, Quite Honestly (2005). He also published numerous books featuring his best-loved creation Horace Rumpole, including Rumpole and the Primrose Path (2002) and Rumpole and the Penge Bungalow Murders (2004). All these books are available in Penguin.

Sir John Mortimer received a knighthood for his services to the arts. His authorized biography, A Voyage Around John Mortimer, written by Valerie Grove, is also published by Penguin (2007).