Britain, World War Two. After newly widowed Martha is invited to live with her wealthy confidante, Mae, she finds herself attracted to her husband.

Meanwhile, an escaped convict is targeting women close to Martha’s new home. After several women are murdered, they realize the danger is closer than they could have ever thought.

As Martha’s passion threatens to unravel her friendships, paths cross with devastating consequences.

I am delighted to be taking part today in the blog tour for Cupidity by Lucinda Lamont. My thanks to Emma Welton of damp pebbles blog tours for inviting me to take part.

I am thrilled to be able to bring you an extract from the book today to whet your appetite. Here we go:

“‘Come on, Willy, do your coat up. This is going to be the start of a new adventure for us. You’ll get to live with Charlie. I wish I could have lived with a friend when I was your age.’

Martha pulled his zip up as far as his big woolly scarf would allow and pulled his little hat over his ears to make sure as much of his young, delicate skin was covered as could be. She stood up and looked around her. Taking it all in one last time. One last breath in this house. One last smell. The last time she would smell the scent that they had created as a family. The faint scent of John’s boot polish. A whiff of Willy’s talcum powder, and whilst everyone else might not smell it, the sweat and tears of Martha with a slight pang of her royal jelly moisturiser. She could hardly bear to leave this house. Once she shuts the front door for the last time, she shuts out the life she had with John. She shuts out the memories. The plans. Willy’s first few years. The happy times. The struggles.

Martha had accepted Johnny’s death. She had no other choice. All she had now were the memories.

Every day he was serving in the army she would worry. So many people had lost their lives. So much heartbreak and families torn apart, but he would always come back. Most times with no warning. He would bound in through the front door, dump his bags on the floor, and call out to his family. Firstly, he would pick up Willy in his arms and give him a tight squeeze and plant a big kiss on his little rosy cheek. Willy’s eyes would light up, and he would giggle with pure delight. His little laugh would fill the room with happiness, changing the normally nervous atmosphere instantly. Then Johnny would put Willy down next to his toys and look up at Martha who was watching them. Martha looked beautiful as always. She would be wearing her apron most of the times he came back, with her immaculate victory rolls set in her deep brown, bouncy hair. She had winter-like clear blue eyes and always had her signature slick of red lipstick on.

No matter what the occasion, she always looked glamorous and beautiful, and what made her most beautiful was that she had no idea quite how captivating she was. Johnny would forever be in awe. Everything that had happened, everything he had seen, all the trauma he had experienced, it would disappear when he saw her. She was his everything. She was what drove him when he felt weak. When he was scared, he would be brave for her and his son too. He would do everything in his power for those two. The apples of his eye, and boy, was it good to be home. He would take a step closer to Martha, and she would look at him.

Her stomach flipped every time she saw him. Twelve years together and he still made her weak at the knees; but every time he left, she felt sick to the stomach and would stay that way until he got back. She would finish drying her hands with the tea towel, a household item which had almost become like a comforter for her.

Like clockwork, the emotion would rise in her. She would try to fight it back; but the more she did, the stronger it would get. Her big blue eyes would start to fill quickly with salty tears, and then the first big tear would leak from her perfectly lined, doe-like eye and roll down her cheek; and then another and then another until she was crying uncontrollably. She would fling her arms around him and sob. He would pull her in, one arm around the top of her back and shoulders and the other at the bottom of her back, and gently rub his hand up and down her slight frame, soothe her and tell her it was ok. He was back now.

She hated doing this, and every time promised herself she wouldn’t the next time, but she knew that was a promise she couldn’t keep. She didn’t want him thinking she couldn’t cope, she didn’t want to make his job any harder for him than it was, but the relief to have him home every time was a feeling that would never grow old.

Those memories, for Martha, were to be just that. On April 22nd, 1943 life changed. It was one of those life events whereby people say you will never forget it, but it hadn’t been that way for her, she was already beginning to forget. It was one big blur, and that blur lasted for months.“

Cupidity is available now and you can buy a copy here.

Please do make sure you visit the rest of the blogs taking part in the tour for more reviews and other great content: 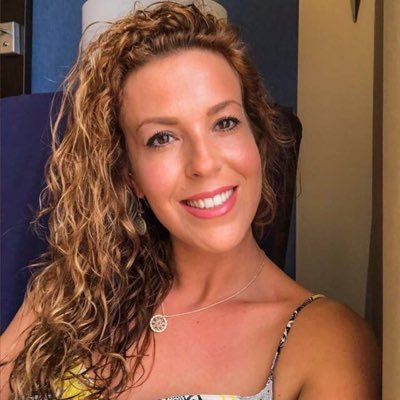 Lucinda is 31 years old in lives in Hampshire. Born in Aberdeenshire, she spent the early years of her life in a small fishing town before relocating with her mother to the South Coast.

She is the middle child and only girl with four brothers.

Lucinda began her higher education in studying Performing Arts and then began a degree in Law (but dropped out). She is a qualified hairdresser but the arts always drew her back in and she took up an interest in writing which she now plans to continue to make a career out of.

Mother of one, a baby boy, she works part time for a Business publication and spends her spare time soaking up the Hampshire countryside and plotting her next stories.