Welcome to California. Weed is legal. Grow it. Sell it. Smoke it. Eat it. But the money you make off it—there’s the rub. Bank it, and the Feds will ask questions. Keep it around, and you’ll get robbed. LaDon and Jessie—two hustlers who make selling primo weed a regular gig—hire a private security detail to move and hold their money. Ex-soldiers Glanson and Echo target the cash—they start a ripoff business.

It’s the wild, wild west. Except this time, everybody’s high.

With their guns and guts, Glanson and Echo don’t expect much trouble from a mean son-of-a-gun like LaDon Charles. But that’s exactly what they get. In this industry, no matter how much money there is for the taking—and no matter who gets it—there’s always somebody counting backwards…to zero.

Today I am delighted to be reviewing Countdown by Matt Phillips. My thanks to Henry Roi, the author and the publisher, All Due Respect, for my e-copy of the book, which I have reviewed honestly and impartially.

This is my first book by Matt Phillips, although I do have a copy of Know Me From Smoke sat on my TBR which I was given as a birthday present, mainly because I love the cover!

Now that I have read Countdown, I will be moving this up the pile, because I really enjoyed the story and the style of writing, despite the fact that it is very different from my ‘go to’ comfort books. Although I seem to be reading more and more outside my comfort zone these days, due to the opportunities book blogging has afforded me, so maybe I no longer have a comfort zone.

What I really mean is that this is not a book I would normally pluck off a shelf in a shop when I am browsing, which is a mindset I need to get out of because some of the most profound reading experiences I have had over the past couple of years have been via books that I would not have chosen for myself but that I have been offered via blogging. For me, one of the greatest joys of reading is living vicarious experiences and lives that I will never have myself outside the covers of a book, and this book is a perfect example. The story follows the trials and tribulations of running a not-quite-legal marijuana business in California, where trade in the drug has been legalised, but the banking of the money made from the trade has not.

You know from the off that the characters in this book are not people that are naturally going to be people you can sympathise with, or particularly relate to, when you are a middle-aged mother living in rural England who has always been fairly puritanical when it comes to drug use. The fact that I actually did find some of the characters, especially LaDon, sympathetic and a person you would like to succeed, even if their goals are fairly nefarious, was testament to the skill in the writing in this novel. Either that, or the fact that I started grading on a curve with the other, very repellent, characters! Either way, I became invested in the adventures of the main protagonists in this book in a way that I did not expect, given the subject matter and, in spite of the fact that I have never met a Californian drug dealer and these characters were like no one I have ever known IRL, I still felt the characters were believable, with clear and authentic drives and desires and character traits.

The story takes part over a short period of time, and in a tight location, which gave the story a very fast and natural pace which kept it bowling along and carried me with it. It felt like a fairly quick read because of this and there were no lulls or doldrums to interrupt the flow of the book. I felt like the author had done an amazing job of cutting all the flab from the book and leaving only a lean, efficient reading experience which I thoroughly enjoyed being carried along by. I just sat back and let the writing sweep me through with little effort on my part, but obviously a good deal by the author.

The setting of the book is what really set it apart from other things I have read in the genre. The gritty, mean streets of southern California are the net that holds this story together and were convincingly and brightly portrayed in the book. The author does not shy from writing about the unpleasant underside that exists in the city, rather he revels in it, describing it truthfully, but almost lovingly, so that the reader is fully immersed in its sights, sounds, scents and its constant tensions and dangers. For the author, it feels like these traits, which are things that would deter many of us from visiting such places, are what actually draw him and his characters to them, because they are alive and honest in their darkness. I certainly felt this myself during the reading, even if I would only dare revel in them from the safety of my sofa in rural Yorkshire. As I said, one of the many joys of reading.

This book was a very different read for me, but what that certainly catered to a lot of the things are look for in a satisfying book and I would highly recommend it to anyone who is not offended by violence, sex, strong language, graphic scenes or drugs. So Mary Whitehouse types probably should not pick it up, I’m sure anyone else will enjoy it.

Countdown is out now and you can buy a copy here. 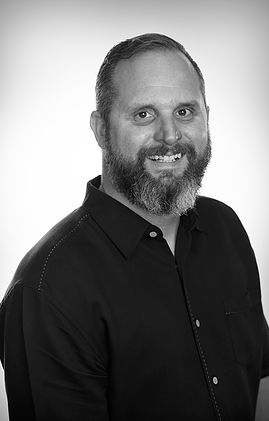 Matt Phillips was born in Palm Springs, California and raised in the Coachella Valley and nearby Mojave High Desert. He lives in San Diego. He has worked as a busboy, pool attendant, waiter, bartender, halfway-decent restaurant manager, film festival administrator, newspaper reporter, and editor.

Matt earned an MFA in creative writing from the University of Texas at El Paso.

Another day, another romance, another One More Chapter book on the blog!
*** GIVEAWAY ***
Oh, bookstagram! It’s been so long since I posted, and how I’ve missed you! Did you miss me?
Theatre time! It’s been way too long.
I’ve been waiting eagerly for my monthly Orenda subscription parcel from Bert’s Books to arrive, with fingers crossed that it was going to be a copy of a certain book.
First day of the school holidays & I’ve just dropped eldest at her friend’s house so they can hang out, whilst youngest asked to be brought to Waterstones. She’s bought four manga books, I’ve picked up my latest pre-order and now we are having tea & cake. She is so my child!