I am delighted to be taking my turn today on the blog tour for this lovely-looking, summery book set in one of the destinations at the top of my bucket list, Santorini, and I have a fun guest post from the author to share with you. My thanks to Rachel Gilbey of Rachel’s Random Resources for inviting me on to the tour and too the author for guesting on the blog. 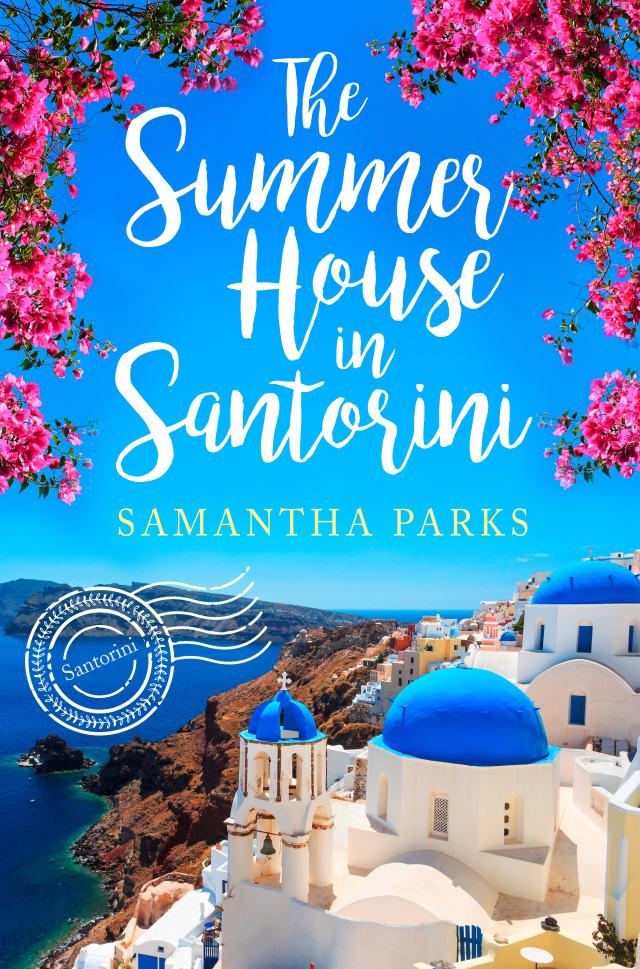 One summer in Greece will change everything…

Anna’s running away. From a failed relationship, a dead-end career and a complicated family life.

On the island of Santorini, with its picturesque villas, blue-tiled roofs, and the turquoise waters of the Aegean lapping at the white sand beaches, Anna inherits a less-than-picturesque summer house from her estranged father. As she rebuilds the house, she rebuilds her life, uncovering family secrets along the way that change everything. She starts to fall for her little slice of paradise, as well as for gorgeous, charming Nikos.

Will Anna lose her heart in more ways than one?

Let’s hear from Samantha now about who her dream cast would be if The Summer House in Santorini were made in to a film.

Some writers decide what their characters look like before they ever write a word. Others get clear pictures in their minds as they go. For those of us who daydream about our books being turned into films (which, if we’re being honest, is all of us), our minds often drift to actors and actresses we’ve seen on-screen.

While I didn’t cast the film version in my mind while I was writing, I really enjoyed picking out the lineup after I was finished. However, having fully fledged characters already created in my mind and on the page presented challenges for a few of them. But in the end I’m perfectly happy with the lineup I chose, and if someone would like to purchase the film rights for my book and then hire me to manage the casting, that would be fine by me. 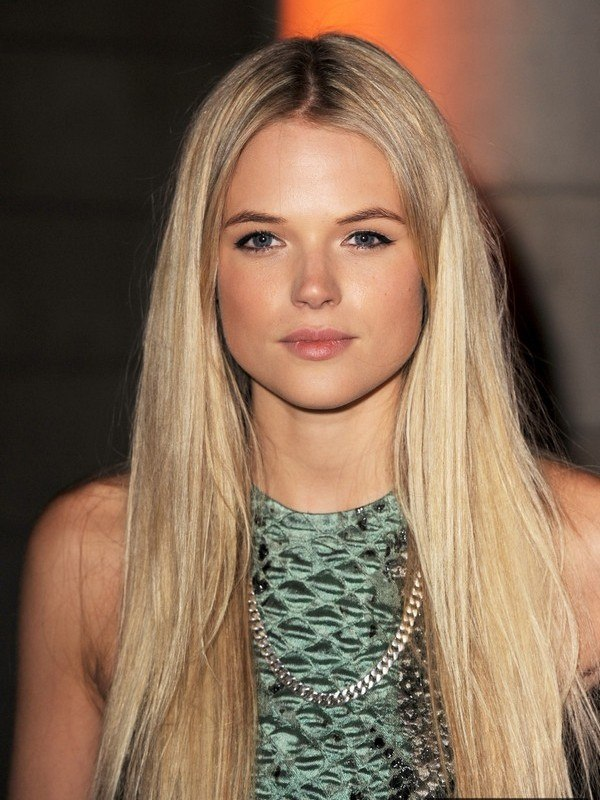 So despite the fact that I wrote the book without actors in mind, I always thought Anna would be an easy one to cast. She’s blonde and 25, after all. There are tons of blonde actresses in Hollywood, right?? Well… that’s true, there are. But they’re all either too young-looking, too old, too famous (yes, that’s definitely a thing), or too aggressively pretty. I scoured Pinterest looking for someone more gentle and delicate looking without looking like a porcelain doll. I liked the idea of Lily James, but having found my picks for the rest of the characters she didn’t fit the right age range.

Eventually I found Gabriella Wilde, probably best known for Endless Love and Poldark. She looks the right age, she has a beachy look about her, and she seems more withdrawn and considered, which fits with Anna’s character really well.

Honorable mentions for Anna include Indiana Evans and Elizabeth Lail.

Okay, to be fair, I don’t know for sure that he’s Greek. He’s actually Australian. But his character in Tomorrow, When the War Began mentioned being Greek, and I’ve latched onto him as a frontrunner for Nikos ever since. He’s got a bit of a baby face without the stubble, and he’s not as tall as I imagined Nikos to be, but you have to admit he’s pretty damn handsome, and he has a charm about him that would work well for the character. Plus, if you search for more images of him on Google, you’ll see that he definitely has the body to pull it off…

If you’re a fan of The 100, you will definitely have seen this face before. You know Marie has it in her to be flirty, assertive and a bit dramatic. She’s meant to be a couple of years younger than Nikos, and while Marie is 33 in real life, she’s definitely found the fountain of youth and could easily play someone in her mid-twenties. After all, her career-making role is as a teenager after all. Elena is a bombshell and a big personality, and Marie seems perfect for the part.

Would an Oscar-winning actress want to play a grandmother in a film adaptation of my book? Probably not. But the answer is always no until you ask, right? Plus, she’s got that maternal vibe going on really well.

*Cues the Days of Our Lives theme song* Honestly, who has played more endearing Greek dads and granddads than dear old John Aniston? Maybe we could even get his daughter Jennifer to make a cameo… I’m thinking as the American woman at the wedding?

Don’t get me wrong, I LOVE Justin Hartley. But can you imagine him as Anna’s boss Marcus, the photographer/gallery owner with just enough celebrity that he thinks he can treat people around him like they’re disposable? Because I can. Hey, the bad guy is always super hot, right? And if being hot and having the ability to play confident-bordering-on-cocky are the criteria, then Justin Hartley has this one in the bag. 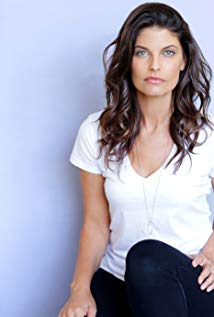 Australian actress Zoe Ventoura just SCREAMS kickass business woman to me, so she’s perfect for the part of Xenia. Fun fact: Xenia wasn’t actually in the original version of this book. But as the story evolved, someone was needed that was strong enough to wear the hats of cafe owner, resort owner and Anna’s first paying client on the island. Thus, Xenia came to be. If Zoe here would just chop her hair into a power bob, she’d be perfect for the role!

So this guy is a personal trainer I found on Instagram. Not an actor. No idea if he speaks English. But let’s be honest, Vasilis wouldn’t be a very acting-heavy role. I mean, come on, he’s even got the wife-beater top I put in the book! He’s here for the eye candy and the broken English, nothing else, so a personal trainer sounds pretty perfect. 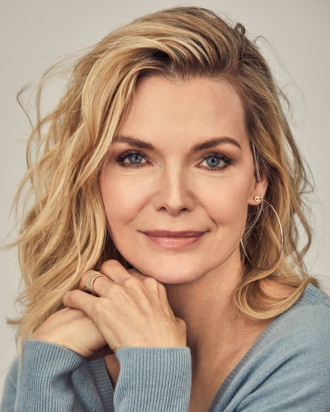 I have to admit, Grace was the last character I cast. I tend to adopt the attitude of my characters when I’m writing, which for Grace Linton involves just trying not to think about her. But she deserves great casting just like everyone else. The important thing to get right about Grace is her age; she should look right around 50. Any older and she’s too close in age to Eirini and Christos, and any younger and she’s not believably Anna and Lizzy’s mother. With those critera, the obvious choice for me was Michelle Pfeiffer. She looks just bougie enough, just devious enough and just blonde enough. Can’t you just picture her swilling a glass of white wine telling Anna nothing good ever came from a Linton woman going to Greece?

This bombshell from Skyfall was the perfect choice for Lizzy. Fun fact: this wasn’t discussed at length in the book, but Lizzy, Anna’s sister, was always meant to look more Greek than Anna does. Their appearances were meant to draw parallels to the parent they sided with, as well as their readiness to embrace their heritage. If you look at a side-by-side of Tonia and Gabriella, they have just enough similarities to pass as sisters (if they do some contouring and always face this exact angle, of course). 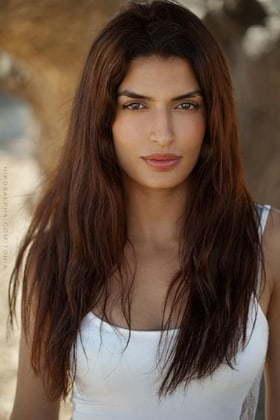 So, what do you think of my choices? Do any of the characters look a lot different than you pictured? Would you go see this film? I know I’d be front row with a BIG old box of popcorn watching all the drama unfold on the little island of Santorini.

Thanks, Samantha, you must have had great fun picking out your dream cast, let’s hope we see the film adaptation one day!

The Summer House in Santorini is out as an ebook on 7 August and in paperback on 3 August and you can pre-order both formats here.

For some more great content and reviews of the book, make sure you check out the rest of the blogs on the tour as detailed below:

Samantha Parks is the pen name of Sam Gale. Her pen name comes from her late grandmother Velma Hobbs nee Parks, who was one of Sam’s greatest role models. Sam was born in North Carolina but now resides in Bournemouth, UK with her husband Alex. She owns a successful marketing company and is enjoying her slow descent into “crazy plant lady” status.