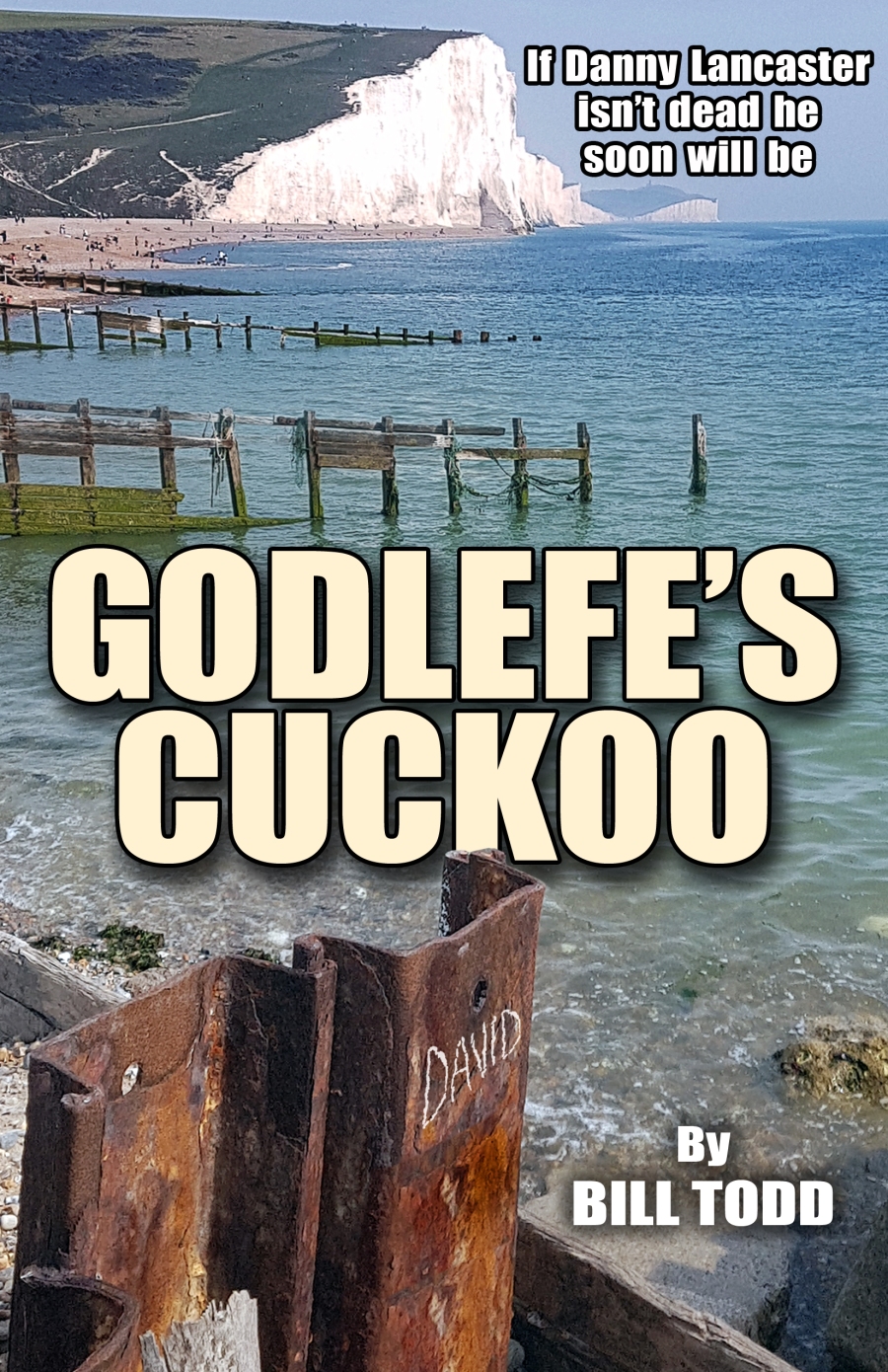 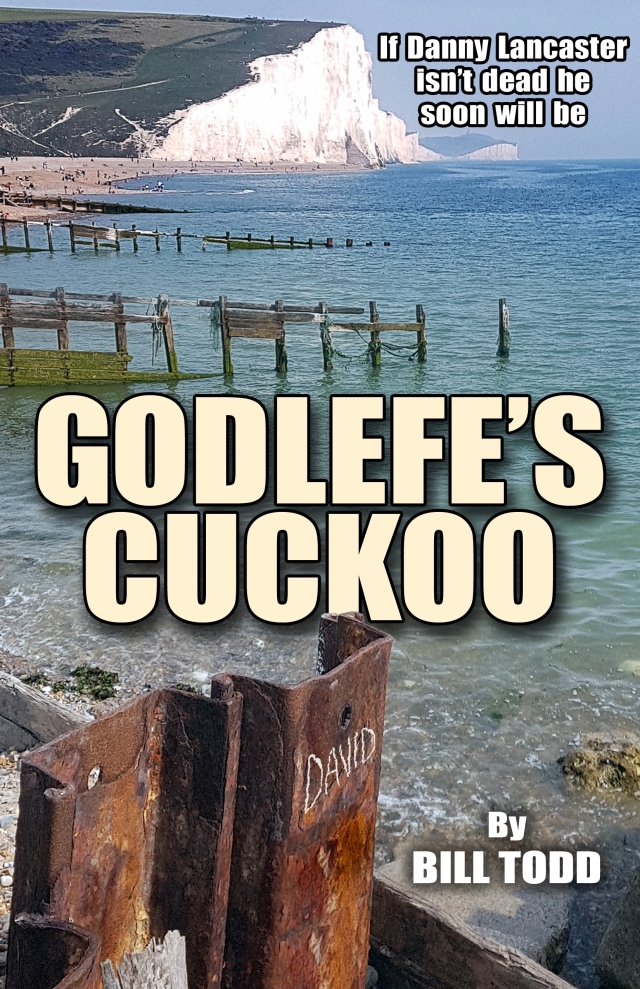 Danny Lancaster has been missing since the fishing boat exploded. Police are closing their inquiry but Wanda Lovejoy continues her campaign to find the truth. An evil man kept alive by machines nurses a corrosive hate. As drugs and disease pull his dying mind apart he throws his crime empire into a scorched earth quest to find one man. If Danny Lancaster isn’t dead he soon will be.

I am delighted to be taking part in the blog tour for Godlefe’s Cuckoo by Bill Todd today. My thanks to Emma Welton at damp pebbles blog tours for including me on the tour and to the author for my copy of the book, which I have reviewed honestly and impartially.

This is my first book by Bill Todd, although I believe it is the fifth full-length book featuring ex-soldier-turned-private-detective, Danny Lancaster. The fact I had not read the previous books in the series did not detract from my enjoyment of this book, although having knowledge of the previous books may have increased the depth of my understanding of events in this book, so you might want to read them in order. I would certainly like to go back and catch up with how Danny got to the place we find him at the beginning of Godlefe’s Cuckoo, which is missing, presumed dead by some.

I was drawn in to the novel very quickly by the historical opening scenes, which bed the book firmly in the setting of Brighton, and I have to say that the author shows great skill in bringing the location to life, from the wild areas of uninhabited coastline to the gritty back streets and local pubs, as well as the bits familiar to tourists. I really enjoyed the fact that the sea and the coast play an important part in this book, which makes the coastal setting very relevant, rather than just an aside. This is a novel where sense of place is important.

There are a lot of characters introduced very quickly at the start of the book and it was a little dizzying and hard to keep up with to begin with, especially for someone who has not read the previous books and is not familiar with the characters which are recurring from the previous volumes. They all have separate storylines, and it is quite hard to fathom for the first third of the book how they could possibly tie together, although all does become clear as the book progresses. Therefore, the book requires a degree of concentration to follow, which is not necessarily a criticism. I like a book which is mentally challenging, but this is not a book that can be read on ‘coast’ mode.

There are a lot of very interesting and diverse characters in the story, and I particularly like the fact that this male author had created a cast of strong, independent and varied women, with not a female stereotype in sight.  I grew particularly fond of Wanda throughout the book, but all of the characters bring something to the story and have a range of complex motivations. The Russian element were the weakest in the book as far as character development went, and I did feel that it parts they were in danger of tipping in to ‘typical of the type’ villains and I would have liked them to have had more depth to be honest, but it is a minor quibble that may well be peculiar to me. You will have to be your own judge.

The book is a little different in development to a standardly plotted book, because the main character, Danny, features very little be begin with in person and is mostly referenced by other characters in his absence, so there is not much time for those of us coming fresh to the series to develop a sense of who he is or a direct relationship with him. However, this would obviously be different for people who had read the previous stories and, I have to say, once he did appear and start taking centre stage, I found him a fascinating and compelling character with a strong personality, which definitely made me want to read more about him.

The plot clipped along at a brisk pace and contained enough excitement, action and mystery to keep me turning the pages without wanting to put it down. I am not sure how realistic it is, as a plot as my knowledge of international criminal activity is minimal, but it was easy enough to buy in to it to a degree to allow me to enjoy the book. I have to say, I think a particular strength in this book is the author’s use of convincing dialogue. It certainly moved the book along nicely and sounds natural, which is not an easy thing to achieve, and it impressed me enough to stand out as a positive attribute.

Somewhat out of my usual reading tastes, I really enjoyed this book and will definitely go back and check out the earlier Danny Lancaster stories when I get chance. Highly recommended.

Godlefe’s Cuckoo is out now and you can get a copy here.

Please do check out the rest of the reviews on the tour on the dates listed below: 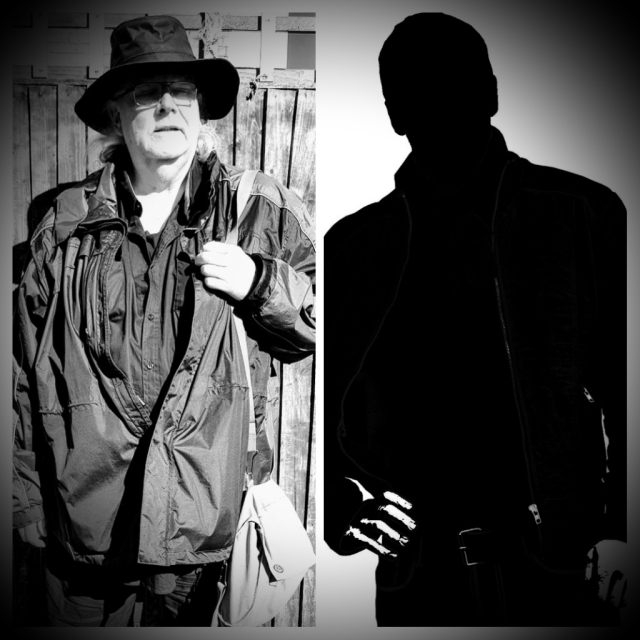 I’m a journalist and travel writer who has visited more than 40 countries from the white wastes of Arctic Finland to the ancient deserts of Namibia. Love a good wilderness. I received the Ed Lacy travel award in 2007.

I’ve written six crime thrillers featuring soldier-turned-investigator Danny Lancaster and was startled and delighted to be voted one of the 100 best crime authors in the WH Smith readers’ poll in 2015. I’ve also written three short factual military histories. I live to write although keyboard time has been cut lately with the arrival of grandson Theo.