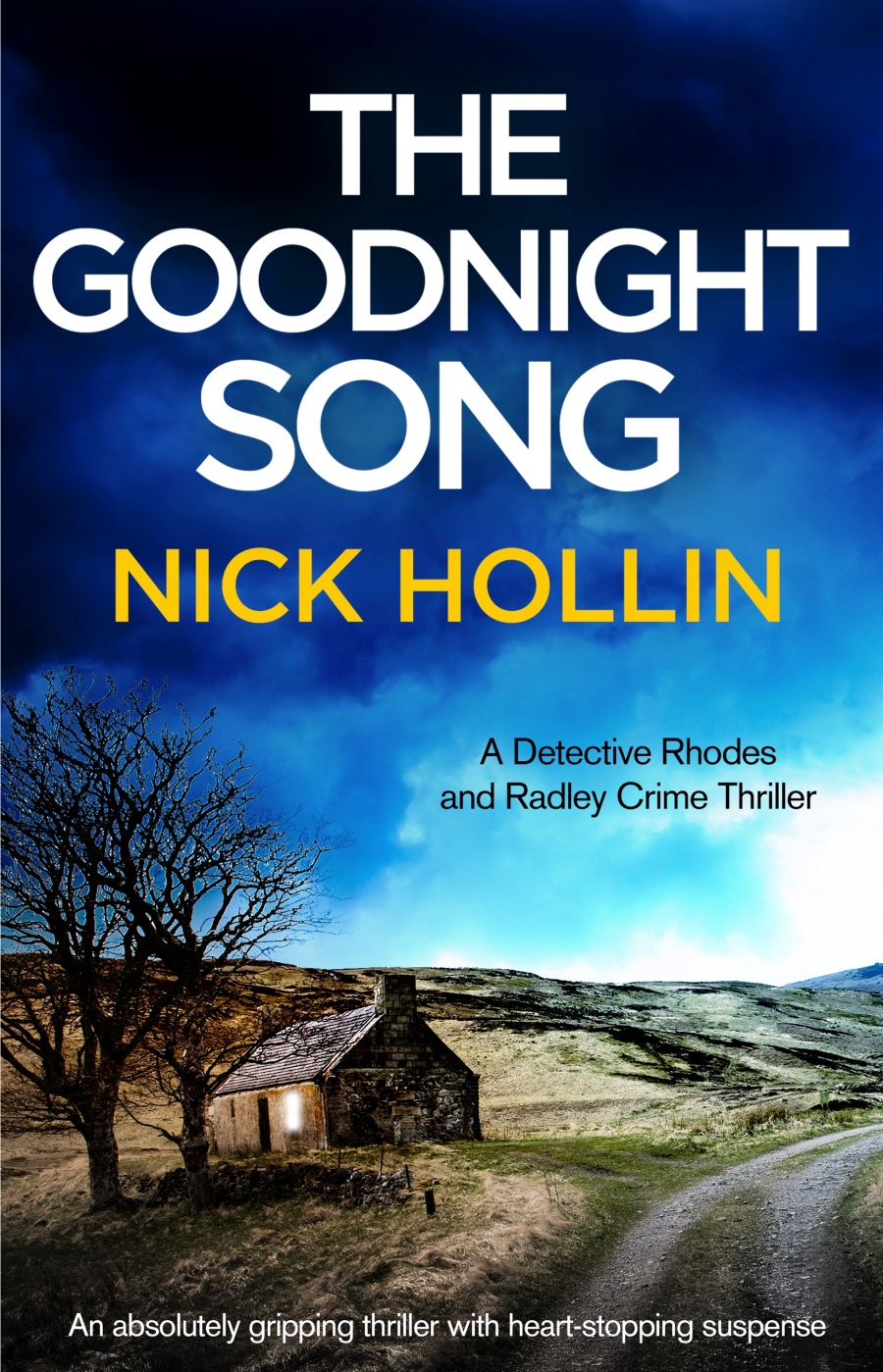 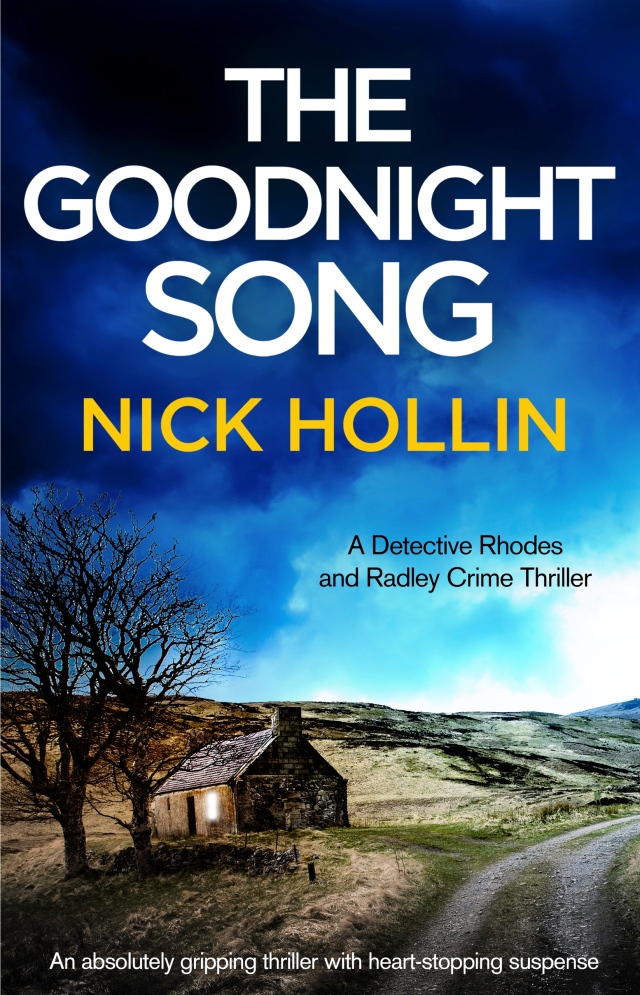 “What would you do if someone used your deepest secrets to commit the darkest crimes?

When the cold, lifeless body of a policeman is pulled from the Thames in the early hours of the morning, it appears at first glance to be a terrible accident.

But when old diary pages predicting the exact details of the crime start appearing online, ex-criminal psychologist and owner of the diary, Nathan Radley, becomes the number one suspect in the most terrifying murder investigation the London police has ever seen.

Nathan’s partner, Detective Katie Rhodes knows that he is innocent, because she was with him the night of the attack. But as more extracts are posted, and more bodies begin to surface, how much longer can she ignore the connection?

The trail leads Katie from one dead end to another, until a tiny clue buried deep within the pages leads them to a new suspect; someone dangerous, someone close, someone they trusted…”

Happy to be joining the publication day celebrations for The Goodnight Song by Nick Hollin with my review, albeit a little late in the day. I hope you have had a fabulous publication day, Nick. My thanks to Noelle Holton at Bookouture for my copy of the book via NetGalley, which I have reviewed honestly and impartially.

This is the second book featuring Nathan Radley and Detective Katie Rhodes and the events follow on from those in book one which, unfortunately, I have not read. I have to say that, whilst the writer does a good job of filling in as much back story as possible without regurgitating the whole plot of the first book, I think I would have benefitted from reading Book One, Dark Lies, first so I had a full understanding of the events in that book, as they did play a major part in this book. I felt I was floundering a little by not knowing the full story and playing catch up. My enjoyment of this book would have been greatly enhanced had I read book one and not had to concentrate so hard on working out what had gone before to enjoy this story. So, top tip – read Book One first!

That being said, it is possible to pick up the plot from this book as a standalone – it just takes a bit more work – and once I had got it all sorted, I was fully invested in the story. The dynamic between the two main characters is fantastic, the author has written them both brilliantly and we are given the story equally from both their perspectives which is unusual and a really interesting spin on the detective genre, particularly as they are in a relationship which it is fascinating to see from both sides. They had such different takes and approaches to the situation they find themselves in.

Nathan is quite a divisive character, as the good guy with bad thoughts and I can see why  people can’t quite decide how to take him. Again, this is a fascinating idea to explore and I really enjoyed watching it play out throughout the book as he switches between hero and potential villain in the eyes of the other characters, and thus in the reader’s eyes, over the course of the story. We are never sure whether he can be trusted or not until the end, in fact he doesn’t even seem one hundred percent sure himself, which keeps the reader continually on the edge of their seats.

This book is a very fast paced and tense thriller, with a myriad of twists and turns throughout. Everyone seems to be hiding something and everyone is a potential suspect to the point where I had absolutely no idea is anyone could be trusted at all or how the story was going to end up and my head was spinning with different theories, none of which turned out to be correct in the end, so the author did a great job of throwing in false clues and red herrings to confuse the reader and keep us on our toes. At times, the story got a little too confusing and convoluted and I got a bit lost. A couple of characters were brought in to the frame on what seemed like fairly tenuous links and flimsy evidence to me and the connections between some of the characters were complicated and coincidental to the point of stretching my credulity almost to breaking point. I am not sure, now knowing the ending, that I would ever have got there in a month of Sundays by myself or that I have still unraveled in my head all the connections but it has definitely given my brain a work out!

This book is an engrossing, fast-paced and intelligent read, suitable for anyone who likes cryptic puzzles and to have their brain and nerves stretched by a book. I would recommend it for crime fans, but make sure you read Dark Lies  first to get the most out of it. Now I’m off to rest my poor, tired spaghetti brain.

The Goodnight Song is out today and you can buy a copy here. The first Rhodes and Radley thriller, Dark Lies is available here.

To see what my fellow bloggers on the blitz thought of the book, check out the blogs below: 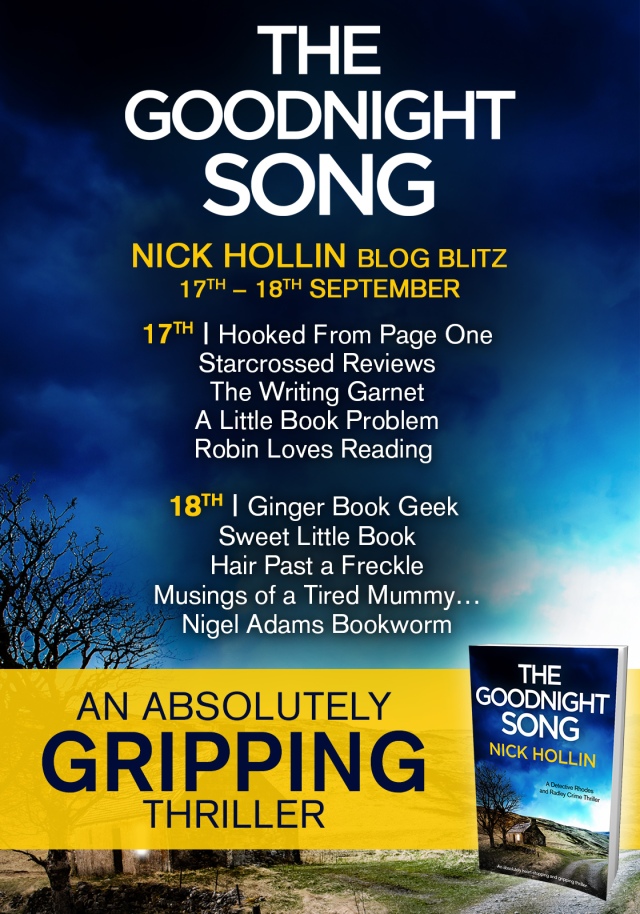 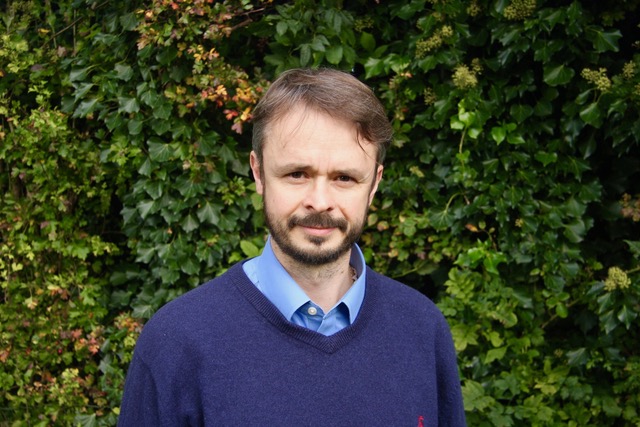 From bookbinder to gardener to forensic analyst, Nick has enjoyed an extremely varied working life. At home his interests are equally diverse, but nothing beats books. Collecting, reading, writing, they have always been a passion in one form or another. A graduate of Royal Holloway’s Creative Writing Masters, he’s fulfilling a long-held dream of being published and hopes to be at this for a good while yet. He lives in Cambridgeshire with his partner, young son and cat.