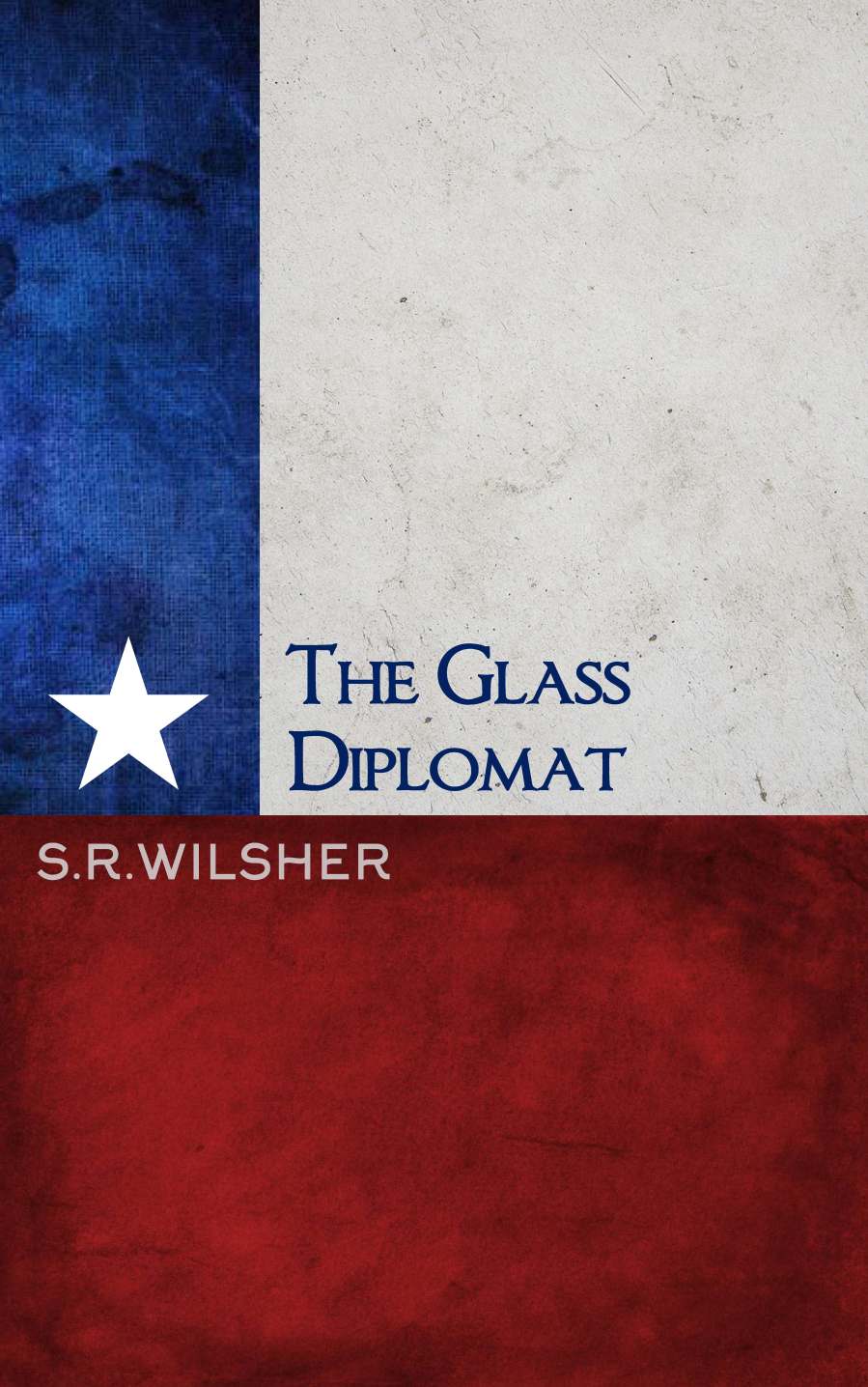 I have been looking forward to taking part in this blog tour ever since I first heard about this book, so I am delighted to be taking my turn today on the blog tour for The Glass Diplomat by S. R. Wilsher. Huge thanks to Rachel Gilbey at Rachel’s Random Resources for the invitation to the tour and to the author for my copy of the book which I have reviewed honestly and impartially. 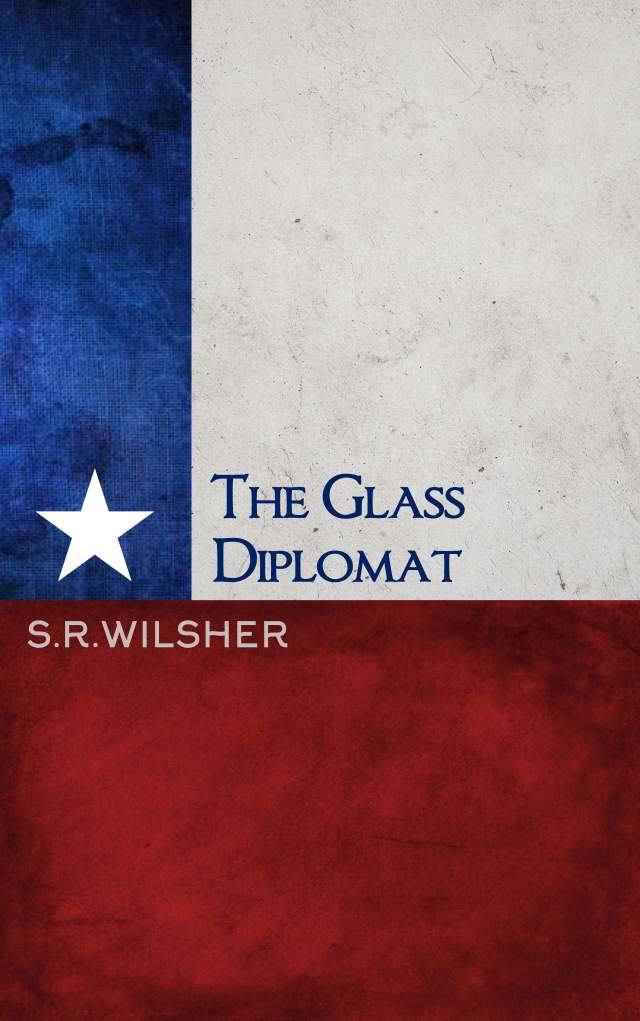 Despite his love for the Abrego sisters, he’s unable to prevent Maria falling under the spell of a left-wing revolutionary, or Sophia from marrying the right-wing Minister of Justice.

His connection to the family is complicated by the growing impression that Tomas Abrego was somehow involved in his father’s disappearance.

As the conflict of a family divided by politics comes to a head on the night of the 1989 student riots, Charlie has to act to save the sisters from an enemy they cannot see.”

This book is an extraordinarily powerful novel about power, life, love, loss and revenge set against the backdrop of atrocities perpetrated by the Pinochet regime in Chile from 1973 onwards.

It opens with a heart-stopping scene set in 1989, which sets the tone for the whole book and makes the reader realise that there are going to be some events in the novel that are hard to stomach, then flips back to 1973 and the disappearance of Charlie’s father which is the catalyst for everything that happens afterwards. We are introduced to the powerful Tomas Abrego and his family who are Charlie’s link to Chile – one he will revisit repeatedly through the years and to whom he is inextricably connected in a myriad of complex ways.

There are so many interesting and thought-provoking themes running through the book. Naivete is a big one. The naivete of Charlie and the Abrego sisters as they meet in their youth and become friends, unaware of the tensions between their parents. The naivete of Charlie in his early days as a journalist reporting on events in Chile, believing that as a journalist and a Westerner, he is somehow separate from and protected against the atrocities being committed by the regime he is exposing; and how the characters have their illusions exposed – sometimes brutally – over time.

The book explores the complex nature of relationships and how we can be torn apart by conflicting emotions. How bonds formed early in life can remain strong and have a stranglehold on us, even in the face of compelling opposing forces and against our better judgement and how it can be very hard to battle against them, even while we strive to prove we are dispassionate or they run contrary to other emotions in us. However, hard we try to step outside ourselves and remain impartial, we are all human in the end.

The background of the political upheaval in Chile and the atrocities that occurred at that time are fascinating and appalling. It is a period of history I knew a little, but not much, about before I started reading but it is beautifully interwoven into the book in a way that made me want to explore more about the period. Having a deeper picture of what went on made me angry and so extremely sad. You can’t help be moved by this book, particularly as the characters are so beautifully drawn and the novel so well-plotted that you become quickly invested in what is going on, which makes it all the more painful and shocking.

To begin with, I found some of the prose a little dense and convoluted for my tastes; I had to concentrate very hard at times to follow the course of the over-long sentences that slowed the pace at the beginning. I eventually got past this and settled in to the authors’ style of writing and this would be my only minor criticism

This book is a stunning piece of political fiction and I would highly recommend it to anyone curious about this period of South American political upheaval.

The Glass Diplomat is out now and you can buy a copy here.

To get a different perspective on the book from my fabulous fellow bloggers on the tour, you can find the details of the other stops below: 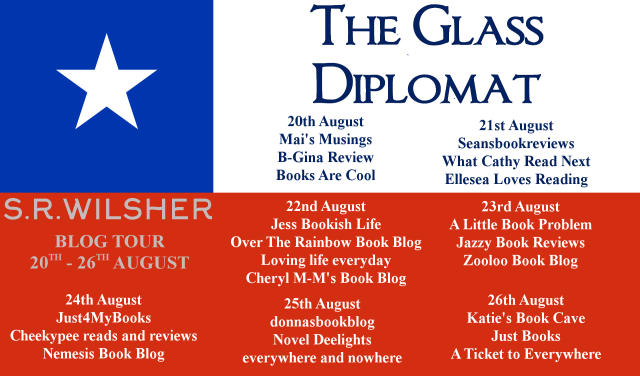 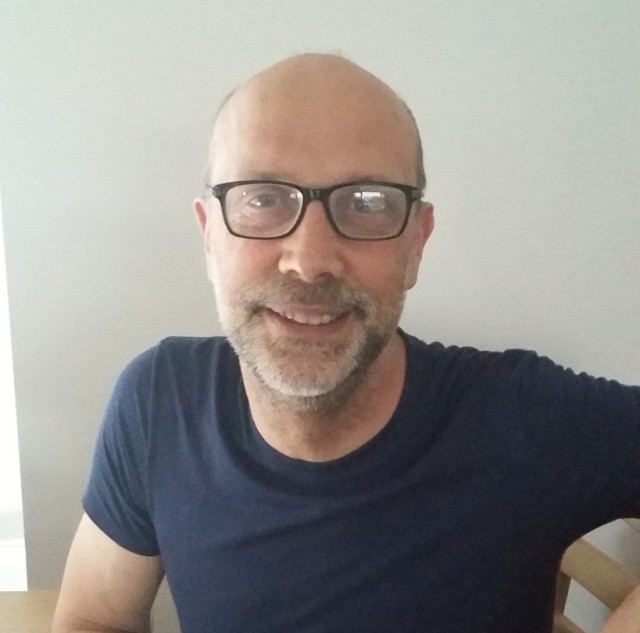 It didn’t occur to me to write until I was twenty-two, prompted by reading a disappointing book by an author I’d previously liked. I wrote thirty pages of a story I abandoned because it didn’t work on any level. I moved on to a thriller about lost treasure in Central America; which I finished, but never showed to anyone. Two more went the way of the first, and I forgave the author.

After that I became more interested in people-centric stories. I also decided I needed to get some help with my writing, and studied for a degree with the OU. I chose Psychology partly because it was an easier sell to my family than Creative Writing. But mainly because it suited the changing tastes of my writing. When I look back, so many of my choices have been about my writing.

I’ve been writing all my adult life, but nine years ago I had a kidney transplant which interrupted my career, to everyone’s relief. It did mean my output increased, and I developed a work plan that sees me with two projects on the go at any one time. Although that has taken a hit in recent months as I’m currently renovating a house and getting to know my very new granddaughter.

I write for no other reason than I enjoy it deeply. I like the challenge of making a story work. I get a thrill from tinkering with the structure, of creating characters that I care about, and of manipulating a plot that unravels unpredictably, yet logically. I like to write myself into a corner and then see how I can escape. To me, writing is a puzzle I like to spend my time trying to solve.

Connect with the author: