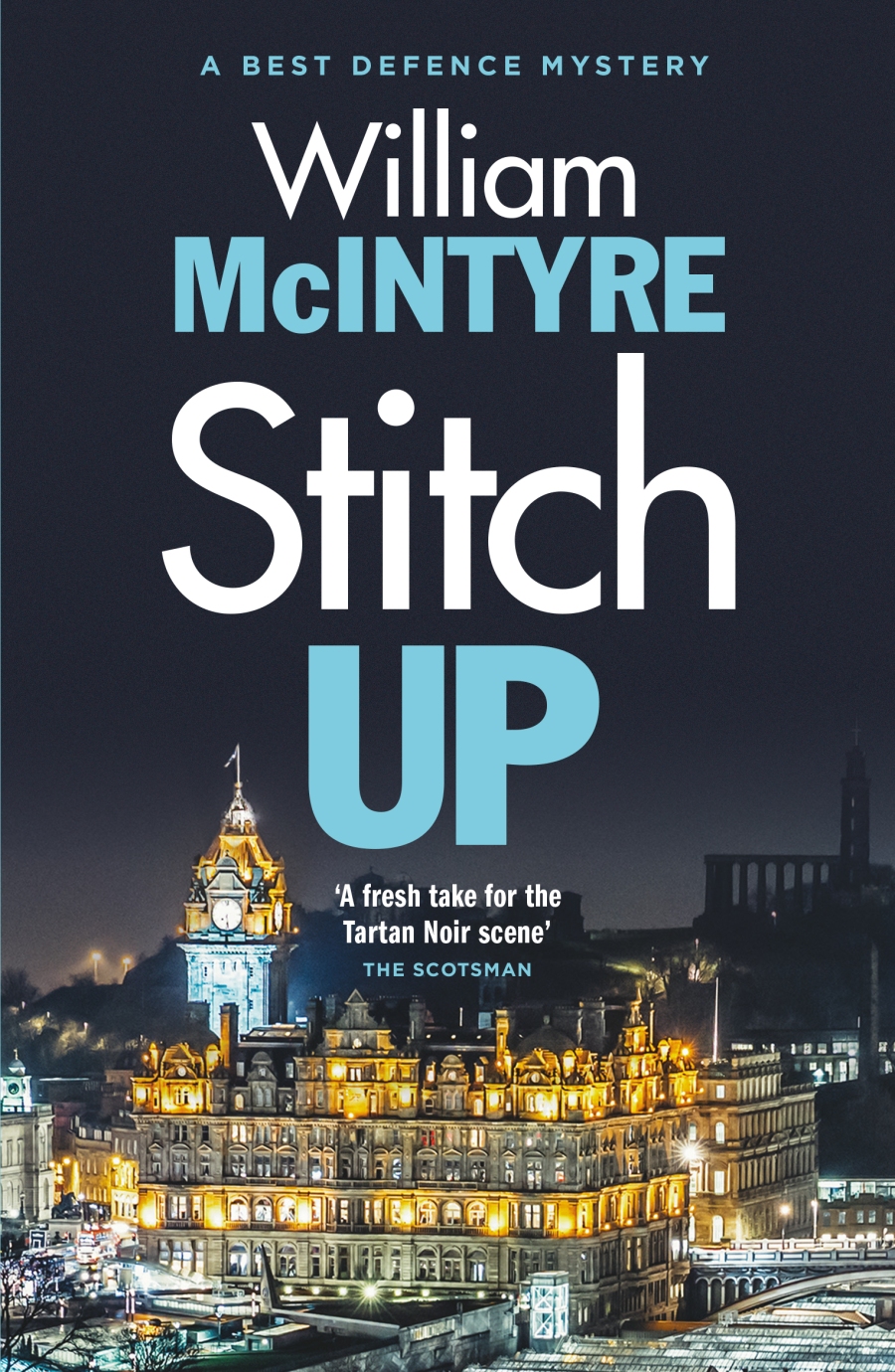 Excited to be taking part in the blog tour today for Stitch Up by William McIntyre. My thanks to Ceris Jones at Sandstone Press for inviting me on to the tour and for my copy of the book which I have reviewed honestly and impartially.

“Everything is coming up roses for Robbie Munro, newly married and living in the country with wife and child. That is until his wife takes up employment abroad just as old flame, Jill Green, asks him to investigate the unexplained death of her partner.

Suspecting foul play, Jill insists Robbie turns poacher to gamekeeper and does whatever it takes to find the killer with no expense spared. Another killer on the loose is child-murderer Ricky Hertz, whose twenty-year-old conviction is under scrutiny.

Was the evidence at his trial fabricated? Suspicion falls on Robbie’s father who now faces a criminal prosecution. The only way to prove ex-Police Sergeant Alex Munro’s innocence is for Robbie to show there was no miscarriage of justice.“

I was really excited to be asked to review this book as I particularly enjoy fiction with a legal element, given my background in law and I have to say I was not disappointed. Although this is the ninth book in the Best Defence series, it is the first one I have read but it will definitely not be the last.

The main character in the book, Robbie Munro, is a criminal lawyer just like the author and McIntyre’s background knowledge really shines through in the writing and makes the book feel very authentic (although I’m not sure most real lawyers would go as far as he done in the pursuit of the truth). I really enjoyed the legal spin on the traditional crime thriller, it gave an interesting and unusual perspective that was refreshing.

The characters in this book are entertaining and, on the most part, very likeable and I was drawn through the book very easily, my interest held from page to page. Robbie’s personal life features quite heavily, particularly as his father is the subject of one of the two story lines, and I really enjoyed this aspect, particularly the appearances of his daughter, who is a feisty six-year-old with a lot of opinions she is not afraid to express. It gave the book a lightness amongst the tension which was very enjoyable.

As indicated above, there are two plots running along side by side. One is the re-opening of an old case involving Robbie’s father which he gets involved in in the hopes of keeping his father from jail. The other is a recent death that he is invited to investigate by his ex-fiance. The dual story lines were both well-plotted and intriguing and kept the book interesting and moving forward. There were plenty of twists and turns to propel the book forwards and I did not see most of them coming, the writing is very clever. I really enjoyed the whole tone of the book, it was very easy to get engrossed in.

The book is set in Linlithgow, not a place I know well, and I really loved the flavour of Scotland infused throughout. Tartan Noir is a big trend at the moment and this book is a welcome addition to the genre.

I would highly recommend this book and I will definitely be going back to read the previous books in the series.

Stitch Up is out now and you can buy a copy here.

To follow the rest of the tour and find out what my fabulous fellow bloggers think of the book, see the details below:

William McIntyre is a lawyer involved in criminal defence work for so long that he can remember when the Scots Criminal Justice System was regarded as the best in the world, the days when it was ‘better that ten guilty men go free than one innocent man be convicted.’