Delighted to be taking my turn on the blog tour for An Oriental Murder by Jane Bastin. My thanks to Rachel Gilbey at Rachel’s Random Resources for my place on the tour and to the publishers for my copy of the book which I have reviewed honestly and impartially. 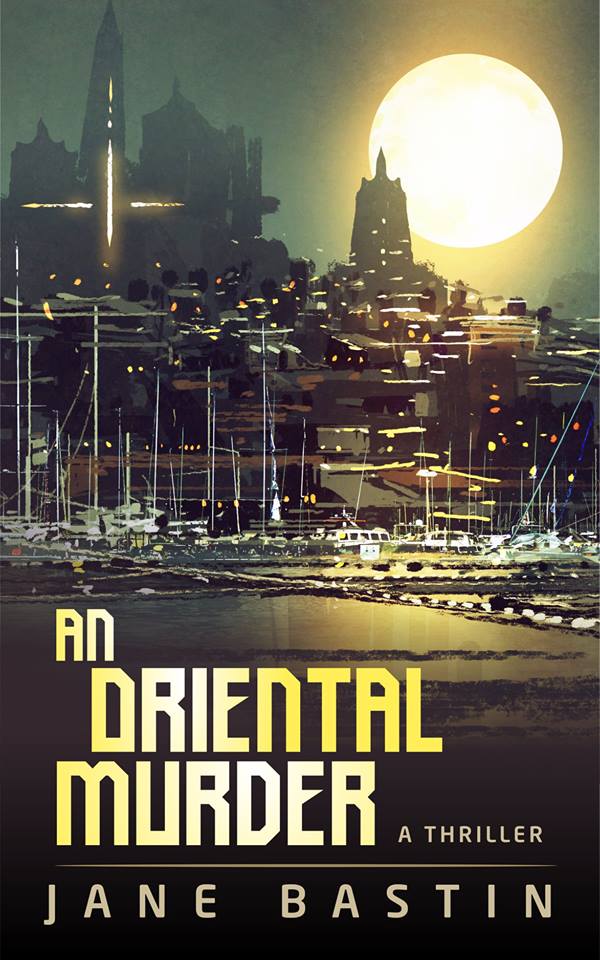 “The Pera Palas hotel in Istanbul, Turkey plays host to the Agatha Christie Writers’ Congress when real life imitates fiction. The bodies of the Prime Minister and his occasional mistress are found dead in one of the hotel’s locked rooms surrounded by bodyguards. Seemingly, no one could get in or out, and yet…

Inspector Sinan Kaya is convinced that foreign agents are culpable, and that the murders are linked to the recent spate of killings of Turkish government officials.

Within this complicated, crime riddled city, Sinan Kaya’s moral compass never falters. Not concerned with threats of dismissal from the force, he cuts his own path through the investigation, determined to uncover the truth.”

I love to travel, actually and vicariously when I can’t be jet setting around the world (ha ha, I wish my life was more jet set -y) so I jumped at the chance to read and review this book with the exotic back drop of Istanbul. This is a city that has always fascinated me, given its rich history and its unique position straggling the border between east and west and I am desperate to visit so I am happy to say that, for me, the major strength of this book is the way the setting is so vividly encapsulated and the narrative is infused with the life and sights and smells and FLAVOURS of the city. (You’ll understand why I have capitalised this in the next paragraph.) In fact, the whole nature, politics and ethos of the city and Turkey are crucial to the plot and I loved that this was the case and that the author has truly used the setting as an essential cog in the book, rather than as just a token location to draw people in.

An gourmands out there will also love this book as food features heavily and is extremely well described by the author. The central character of Inspector Sinan loves to eat and seems slightly obsessed but this is good news for anyone who enjoys descriptions of food in novels, which I do, as it will make you long to visit Turkey and sample the local cuisine. Just don’t read it on an empty stomach or you will be constantly raiding the fridge.

On to the central issue of the book as a crime story. It focuses around a convention of crime writers who are paying homage to the grande dame of crime fiction, Agatha Christie. They meet annually in a city that is somehow connected to on of her books – a great premise, I wonder if this is the start of a series along those lines? – so they are in Istanbul because this is part of the setting for her most famous work, Murder on the Orient Express. However, anyone expecting a lot of references to Agatha Christie or that this is somehow going to be very reflective of her work will find that this is not the case. Whether or not that is a disappointment will be down to the individual reader I guess but it is not a negative comment on the writing or story at all.

The author has drawn the characters very well. Inspector Sinan I loved. He is a very upright and moral man, fixated on solving the crime and he finds himself in some very testing situations, particularly in the nature of an internal struggle with his conscience, when it turns out the crime has political implications. He is obviously a proud citizen of Turkey and wants to do the best by his country and I found that an interesting conundrum in the book. I was not quite so taken with his relationship with Bea. Both she and mother are extreme characters, teetering on the edge of pastiche at times and I could not entirely tell whether or not this was deliberate but they were slightly OTT for my tastes and it may it hard to buy into the relationship between her and the upright Inspector, so this was a jarring note in the novel.

I enjoyed the plot and was carried along most of the time by the twists and turns, although it did drag in places and I found my mind wandering a bit and having to re-read parts to get back on track. I’m sure the slightly uneven pacing is something the author will address in her next book and it is not entirely fatal to the success of the novel so bear with it. Some of the names were a little confusing to sort out, but i think this is largely due to the unfamiliarity of them as Turkish and I did sort them out eventually but this also had a tendency to slow the pace. There were also a lot of references at the beginning to another character that Sinan had obviously had a relationship with which made me think I was reading a sequel to begin with but this is a minor issue. The ending paid off the persistence, I promise. There were times when I found the book quite comical too, mainly because of the previously referred to big characters, so I am hoping this was deliberate. I’m sure it was and I did not dislike it as a tone in the book, I only raise it so people will understand that this is not a gritty crime thriller but one for those who like their crime fiction a little lighter – in the vein of the great Miss Christie herself.

All in all, I enjoyed the book, I was glad I had read it and I look forward to seeing what is next from this author.

An Oriental Murder is out now and you can buy a copy here.

For other opinions on the book, please catch up with my fellow bloggers on the tour below:

Jane is a storyteller, writer, traveller and educator. Having lived and worked for over thirty years in Turkey, Jane has amassed a breadth of experiences that have led to the writing of the Sinan Kaya series of novels. Of course all characters and events are fictitious!

Fluent in both English and Turkish, Jane writes in both languages and has had a range of articles published in Turkish periodicals and magazines alongside British newspapers.